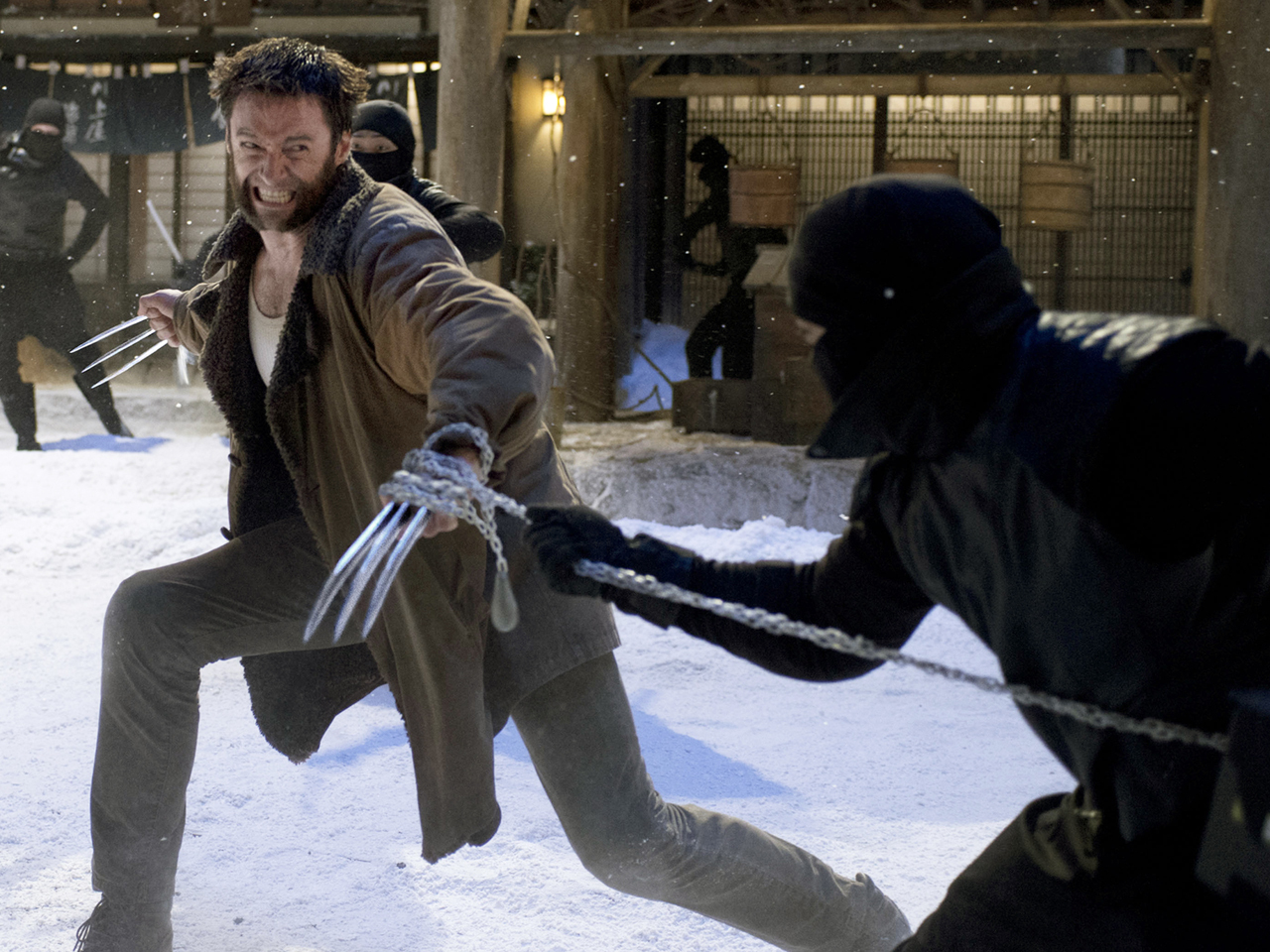 Whether performing on a Broadway stage, singing in a movie musical, or hosting the Oscars, Hugh Jackman approaches them all with equal intensity. Yet, when he dons Adamantium bone claws in "Wolverine," the 44-year old actor admits that something magical happens.

"It may be the strongest of all the roles I've played," Jackman says of the "X-Men" antihero.

When the Australian actor sat down with the Associated Press before Friday's opening of "Wolverine," he honored the icon comic book character with appropriately trimmed facial hair showing off Logan's signature muttonchops. And why not? It's the role that launched his career in the first "X-Men" film. He's already played the character six times already, and is currently shooting a seventh installment due in 2014.

"There's four or five roles that end up being the foundation of your entire career. There's no doubt to me that this (Wolverine) is one of them."

As a fan of the comic book series, Jackman says this one was important for him.

"I wanted to make [this movie] for 13 years when I first read that samurai story," the actor said. "I just think seeing this character in that world, juxtaposed with Japan in every way, I thought it was perfect and to see him battle with his powers, which really gives him an almost immortality."

While there's immortality to Logan, the operative word for the man who plays him is versatility. Jackman seems every bit as comfortable in an action film as he does in a Broadway musical. It's an adaptability he attributes to a bygone era.

"I'm more of kind of a throwback kind of actor. This is how all actors had to make a living 40, 50 years ago," Jackman explained. "When Clint Eastwood was under (studio) contract...he would do musicals, he would do cowboy drama.

Jackman credits his training back home for preparing him for a wide range of roles. But he also acknowledges the core intent had more to do with survival.

"The nature of acting in Australia is you need to be up for everything. If you want to make a living, if you want to pay the rent, you've got to be able to do everything. There's only 10 movies made a year so that's natural to me," he said.

Part of Jackman's fascination with the Logan character lies in the duality between the human and the animal. The actor says the key is to balance the chaotic and controlled emotions within him.

"On one level you can say I'm playing a guy with weird hair and claws coming out of his hands, but actually he's incredibly human and a great sort of anti-hero and tragic figure," Jackman said. "That's why he's eternally fascinating to me and that's why I keep coming back."

Last year, Jackman starred in the film adaptation of "Les Miserables" as the iconic Jean Valjean, picking up a Golden Globe win and an Oscar nomination for his effort. In between, he's been working on the original Broadway musical, "Houdini," when he puts on the cape as the legendary illusionist. That show hits Broadway in the spring of 2014.

"I've never originated in a musical before, so I'm thrilled," the Tony-winning actor said with a smile.

The talk of his stage and screen work makes his face light up, because as he puts it: "I've been blessed with opportunities that I could never have imagined."

And he acknowledges that the necessary "grounding" for his career to thrive comes from a strong family bond. It's something he felt was missing early on.

"I didn't grow up with a particularly stable family life and trying to create that...is a priority for me and for my wife," Jackman said of Deborra-Lee Furness, his spouse of 17 years.

"Your family is there forever. At the end of the day when you're on your deathbed, your family is sticking by you. You're not going to be filled with DVDs of movies that you've done," he said. "So that's the most important thing."