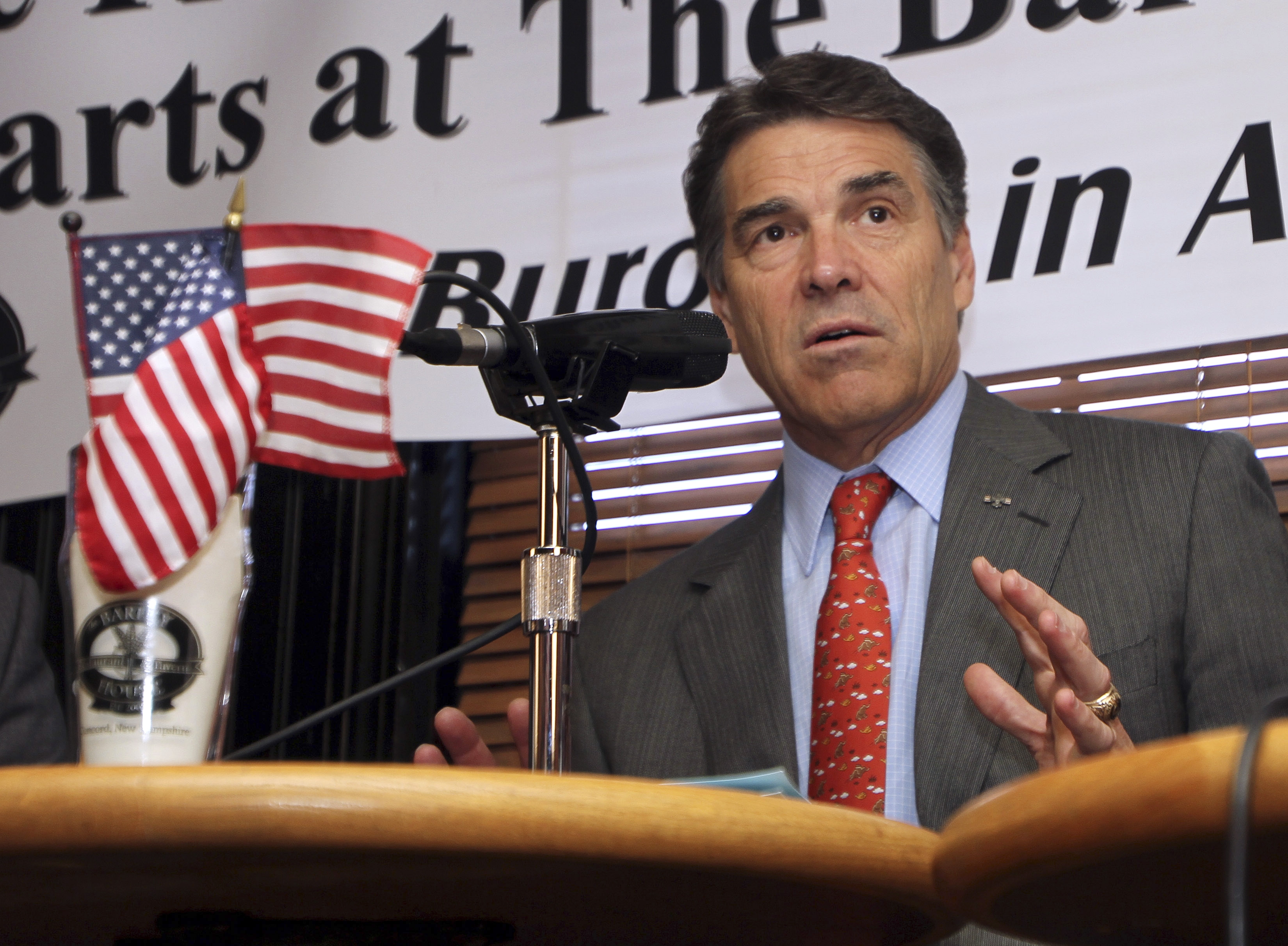 Individuals making more than $1 million a year could see an average tax cut of more than $500,000 under Republican presidential candidate Rick Perry's complicated tax proposal, while some taxpayers at the other end of the income spectrum would see a tax hike compared to the current tax rates, according to an analysis released Monday.

Perry's plan would also reduce federal tax revenues by hundreds of billions of dollars, forcing the government to make dramatic spending cuts -- long a goal of many conservatives pushing for a smaller federal footprint.

Perry's plan would give taxpayers the option of paying taxes under the current system or opting into a "flat tax" system with a 20 percent tax rate.

The "flat tax" option would give taxpayers a standard $12,500 exemption for each individual and dependent; keep deductions for mortgage interest, charitable contributions, and state and local taxes paid; and cut taxes on long-term capital gains, qualified dividends and Social Security benefits.

In short, his plan would cap the maximum rate at 20 percent, giving the biggest cut to those at the top of the income scale who pay the current highest federal income tax rate of 35 percent.

The analysis from the Tax Policy Center, a joint venture of the Brookings Institution and the Urban Institute, worked under the assumption that the tax cuts first passed by President George W. Bush in 2001 and extended by President Obama in 2010 would expire as intended in 2012. Materials released and statements made by the Perry campaign suggest the GOP candidate would let the tax cuts expire, according to the group.

The group also assumed that, given the choice between the current tax law and Perry's 20 percent "flat tax," people would make the best choice for themselves.

Working on that premise, the Tax Policy Center released an analysis comparing today's tax policy to the taxes people would pay in 2015 under Perry's plan. It found that tax rates would go up, on average, for all taxpayers making less than about $50,000 per year. For instance, about 33 percent of taxpayers making between $40,000 and $50,000 would get an average tax break of $962 -- but 63 percent of taxpayers in that income range would see an average tax increase of $900.

The Center also released an analysis of Perry's tax plan working with the assumption that the expired Bush/Obama tax cuts are a moot point. Under that premise -- that the higher rates represent the baseline -- no one would have to see a tax hike, since they would either stay at that baseline or choose the "flat tax" if it worked to their advantage.

Even so, the rich still make out better than the rest of society in this scenario -- while everyone making $30,000 or less sees a tax cut of under 1 percent, those making $1 million or more see a tax cut of more than 20 percent. Essentially every person making more than $1 million a year would see an average tax break of $646,752.

On "Fox News Sunday" over the weekend, Perry justified giving the rich a bigger tax cut.

"Historically, those who have money put more money into their business," he said. "They hire more people. That's what we need to be focused on -- how do you give incentives to the job creators in this country so that those $14 million people that don't have jobs out there have a shot of having the dignity to take care of their family?"

Reducing federal revenues by hundreds of billions would require significant spending cuts. On Fox, Perry gave one example of a cut he would make, saying he would save $25 billion by cutting programs in the Department of Education. Perry said he approved of the ideas in a plan introduced by Sen. Tom Coburn, R-Okla., which promises to cut the budget by $9 trillion by scaling back Medicare, closing tax loopholes and making various spending cuts.