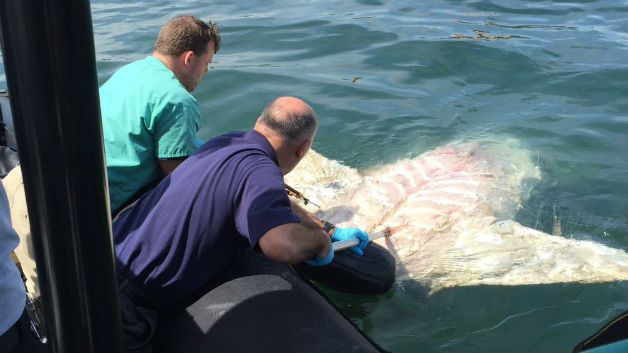 The shark, which was 24-feet long, was likely crushed by the bow of a ship recently, according to New England Aquarium spokesperson Tony LaCasse.

The basking shark is the second largest shark in the world.

These types of sharks are harmless, according to LaCasse, and Boston will likely see more of them in the area this summer.