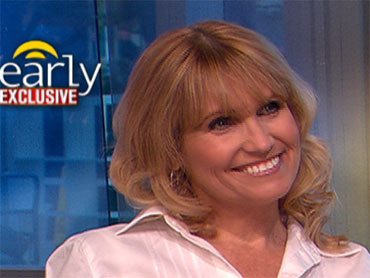 A San Diego County woman with a rare genetic disease is looking for a husband -- with really good health insurance, and in a unique way.

She's searching for "the one" with the lowest co-pays and, according to one of her posts, doesn't care about physical appearance.

"[It] makes me unable to process bacteria and viruses efficiently and my body attacks itself. It's very similar to lupus," she explained.

As a mother and housewife for 24 years, Carlson never had to worry about health care, until now. She is divorced and has one year left under COBRA health coverage, but after that, she will have nothing to help pay for numerous doctors appointments and dozens of medications.

Carlson works part-time from home, but her employer doesn't provide health care. And because of her disorder, insurance companies have denied her coverage. Last week, she turned to the Internet for help.

And the public has responded, with more than 5,000 e-mails, and counting, from people all over the world.

"If this is what I have to do to get the word out and put a face to pre-existing conditions and people that are caught in the middle, I'm willing to do it," she told a reporter.

Carlson stopped by "The Early Show" Monday to talk about her unusual quest.

"Let's talk about the tough reality here. And you have pre-existing condition. And in this day and time, if you're trying to get insurance, you are out of luck, period, right?" co-anchor Harry Smith asked.

Carlson told Smith she has uncovered no options to obtain health care. "I've looked, I've searched, there is absolutely no stone that I've left unturned. And there are no other options for me."

Asked what the reaction has been to her unique online husband/health care search, Carlson said, "Well, went on last Sunday and after the first one hit, I had a few people e-mailing me and then people forwarded to their friends. And then I had people e-mailing me, we want another one, we want to see. And then they said you were hired by the Democratic Party."

Carlson says some people think she is part of a left-wing conspiracy, but she told Smith, "I'm just like every other middle American that's suffering with a pre-existing condition and caught in the middle. And if that makes me the poster child for President Obama, I'm happy to do it."

Carlson told Smith she's gotten about 3,000 offers, and said she is seriously considering marrying for health care coverage. "I have do whatever I have to do to save my life. And that would include that. And I will go through all those e-mails," she explained.

Asked what her kids think of their mom's campaign, Carlson said, "They're very supportive. They're worried about me, too. This is not just about me. It's thousands of e-mails that I have in my inbox now people asking me to be the voice for them, the person, the people that are caught in the middle. I've heard some tragic stories. This is for them, too. If they did a poll on my in-box about health care reform, 99 percent of Americans would want health care reform if they just looked at my in-box."

"You must have watched all of this very carefully then as health care reform was moving through the Congress. How about the notion of if they had just tried to do certain pieces at a time as opposed to the whole thing, including making it illegal for insurance companies to deny coverage to pre-existing conditions?" Smith asked.

"When you're in my position, you just want them to do something. I would have taken anything. Of course I want them to do something. I feel a little bit - I might want to mention, I've been a Republican my whole life. So when I voted for a Democrat, President Obama, for the first time I've ever voted for a Democrat, so this isn't out anything that's a political agenda other than the fact I'm a person that has a condition, and I'm a mother, I'm like every other person that can't get health care and I want to live for my children and see grandchildren," she told Smith.

Finally, when asked if she'd let Smith know if her quest turns into a marriage proposal, Carlson said, "Absolutely. Be right there!"