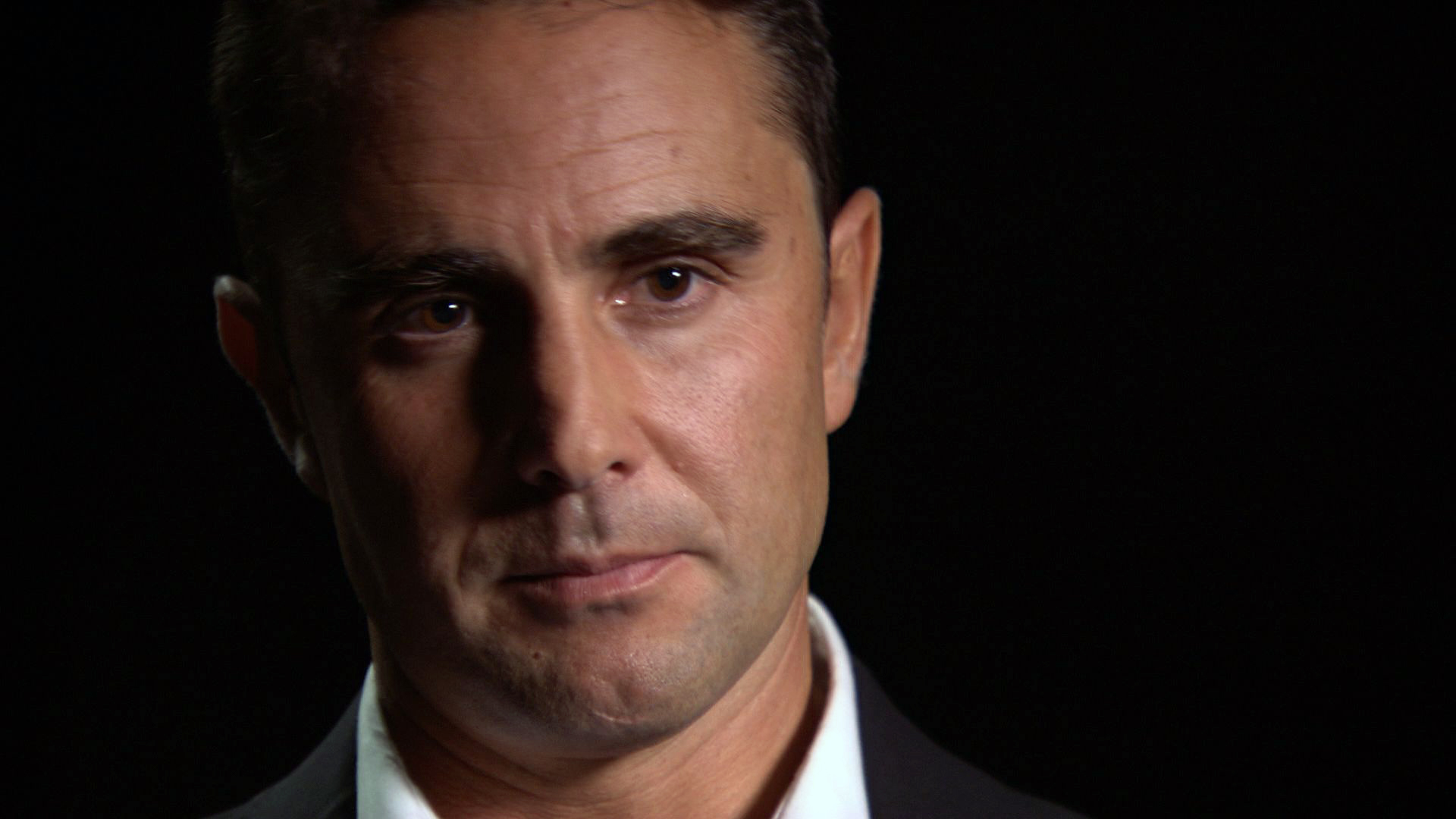 The following script is from "The Swiss Leaks" which aired on Feb. 8, 2015. Bill Whitaker is the correspondent. Ira Rosen and Habiba Nosheen, producers.

This story was reported in collaboration with the International Consortium of Investigative Journalists.

The largest and most damaging Swiss bank heist in history doesn't involve stolen money but stolen computer files with more than 100,000 names tied to Swiss bank accounts at HSBC, the second largest commercial bank in the world.

A 37-year-old computer security specialist named Hervé Falciani stole the huge cache of data in 2007 and gave it to the French government. It's now being used to go after tax cheats all over the world. 60 Minutes, working with a group called the International Consortium of Investigative Journalists, obtained the leaked files. They show the bank did business with a collection of international outlaws: tax dodgers, arms dealers and drug smugglers -- offering a rare glimpse into the highly secretive world of Swiss banking.

This is the stolen data that is shaking the Swiss banking world to its core. It contains names, nationalities, account information, deposit amounts - but most remarkable are these detailed notes revealing the private dealings between HSBC and its clients.

He's a former U.S. Senate staff investigator. We asked him to analyze the files for us.

Jack Blum: If you read these notes, what you understand is the bank is trying to accommodate the secrecy needs of the client. And that's the first concern.

Take the case of British citizen Emmanuel Shallop. He was convicted for selling blood diamonds, those illegal gems used to finance conflicts in Africa. The documents show in 2005 HSBC knew Shallop was under investigation, yet helped hide his assets. "We have opened a company account for him based in Dubai ...'' one entry read. ''The client is very cautious currently, because he is under pressure from Belgian tax authorities, who are investigating his activities in the area of diamond tax fraud."

Jack Blum: You get into the notes and you find that they offer various products: shell corporations, trusts, various ways of concealing the ownership of the account. They offer products that they're gonna give to the customer that will help with a concealment.

Concealment is what Irish businessman John Cashell got from HSBC. His file contained these notes by a bank employee: Cashell's "pre-occupation is with the risk of disclosure to the Irish authorities." The employee went on, "I endeavored to reassure him that there is no risk of that happening." Cashell was later convicted of tax evasion.

The bank files we examined contained more than 4,000 names of people with connections to the U.S., holding more than $13 billion in HSBC accounts.

One was a New Jersey realtor. The notes in her file reveal that she and her family wanted assurance that her assets would be well hidden from U.S. tax collectors.

Jack Blum: And she expresses concerns to the bank, which in turn reassure her that they will find ways to keep her name out of the sights of IRS.

Bill Whitaker: There seems to be evidence of the bank actively helping clients evade-- if not cheat.

Bill Whitaker: You say, "Of course." But for us, looking at these documents here, this is shocking.

Jack Blum: First of all, for the average American taxpayer it's beyond shocking.

But, perhaps, not that surprising. Swiss banks have been caught protecting tax dodgers before, but never has this much detail been revealed.

Jack Blum: Under U.S. law, any bank that does that, that assists a U.S. person in evading U.S. tax is guilty of a felony. And it doesn't matter where the bank is located or where the bankers are located.

Bill Whitaker: So, we're looking at evidence of a felony here?

The bank notes also show HSBC was a popular place for people in trouble with the law to stash their assets. British citizen Jeffrey Tesler was convicted by the U.S. of funneling $132 million in bribes to the Nigerian government to win billion-dollar engineering contracts. We found he used his family's HSBC accounts as conduits for the bribes. The documents show that bankers knew Tesler was under investigation, yet failed to shut down those accounts.

None of this would have surfaced had it not been for this man: Hervé Falciani, an HSBC computer security specialist at the Geneva, Switzerland, branch. He stole the data in 2007. He likes that he's been called the Edward Snowden of Swiss banking. Now a fugitive living in France, he says he grew disillusioned with what he saw at HSBC and began to download "proof" of illegal tax evasion: those internal bank files.

Bill Whitaker: The information you took was not just names but it was--

Bill Whitaker: How did you do it?

Bill Whitaker: So, you had accomplices inside the bank?

Hervé Falciani: Of course. I am not the only person in banking system that wants to raise alarm.

But Swiss authorities say Falciani acted alone. When they came looking for him, he fled to France and turned over his files to French authorities.

Christian Eckert: After he came to France, we realized his information was useful to us. We protected him and we used his skills to understand the documents.

Christian Eckert is secretary of state in charge of the budget of France. About six years ago, Falciani gave the French eight DVDs of encrypted data. It took a year to decipher the information. Eckert told us almost every French citizen on the list was evading taxes.

Christian Eckert: We have already reclaimed 250 to 300 million from penalties in back taxes.

French authorities began to disperse the Falciani list to other countries. The Europeans went after tax evaders and so far have collected hundreds of millions of dollars.

Since 2010, billions of dollars have been recovered worldwide. The hunt for tax cheats is ongoing.

Serge Michel: I think this leak is the biggest banking leak ever.

Serge Michel is an editor of Le Monde, France's leading newspaper. Le Monde was first to obtain the secret HSBC files, leaked by a French investigator with access to the data Falciani stole. Overwhelmed by the mountain of information, the paper called on the International Consortium of Investigative Journalists - which gathered more than 140 reporters from 45 countries, who spent more than seven months digging through it all. 60 Minutes was the only U.S. news organization included.

Serge Michel: Le Monde can deal with 3,000 French names, but it cannot deal with 120,000 names all around the world. We understood, it's too big for us and we can't have Le Monde reporters working on Italian, Greeks, Chinese, American names.

HSBC declined to respond on camera to what journalists found in the files, but acknowledged to us the bank had been used to evade taxes in the past. In a written statement the bank said, it "has undergone a radical transformation that began in 2008." It says it will no longer do business with clients it suspects of evading taxes.

But repercussions of the bank's earlier activities still are being felt. In 2012, the U.S. found HSBC laundered hundreds of millions of dollars of drug cartel money. As a result, the bank had to pay $1.9 billion in settlement.

Jack Blum: For these big banks, the fines that have been imposed amount to a parking ticket.

Bill Whitaker: 1.9 billion in fines is a drop in the bucket for HSBC?

As for Hervé Falciani, he's still a wanted man. In December, Swiss authorities charged him with industrial espionage. He says he's a whistleblower. The Swiss say he's a thief. His ex-girlfriend considers him a conman. When Falciani first took the files, she traveled with him to Beirut. She told a British filmmaker he had hoped to sell the data and make millions.

She says she discovered he was a liar and a manipulator. Falciani says he shopped the files around Beirut, hoping to set off alarms and trigger an investigation back in Switzerland. But, as we learned after spending time with Falciani, the truth can be illusive.

Bill Whitaker: The young woman you were traveling with says that you were trying to sell this information in Lebanon?

Hervé Falciani: Of course not. She didn't know at the time. I wanted just to trigger alert.

Bill Whitaker: So you were using her?

Bill Whitaker: So, you're manipulating her?

Hervé Falciani: Excuse me. Who is not manipulating? Manipulating just the way to proceed, to convince that what you're doing is important. Is nothing more than that. Everyone is manipulating.

Falciani did trigger an international alert for his arrest. He became a man on the run. Over the next four years, his strange saga became absolutely bizarre. He says there were attempts on his life and that he was kidnapped by Israeli Mossad intelligence agents, things we could not substantiate.

What we know for sure is that he ended up in a Spanish jail for five months, fighting extradition, and made court appearances wearing disguises, saying he feared for his life.

Hervé Falciani: Yeah, this is real. Everything is real.

Bill Whitaker: You know how fantastical this all sounds?

Hervé Falciani: (laugh) Yeah. But I can assure you I was not prepared for that.

Today, he's a hero in parts of Europe for helping recover billions in unpaid taxes. He says he hasn't profited from any of this and has been reduced to collecting unemployment.

Bill Whitaker: Did he get paid in any way for the information that he turned over to the French government?

Christian Eckert: He was never paid by the French government. I know other countries buy information from certain bank employees, but it is not the case in France.

Bill Whitaker: Did you want to be paid for this?

Hervé Falciani: I want it, of course. I deserve that.

Bill Whitaker: You deserve to be paid?

Hervé Falciani: But I knew that in Europe it was impossible.

Bill Whitaker: It does leave one wondering if you did this for high-minded purpose, or because, as you were saying, you thought there was profit in this?

Hervé Falciani: Yeah, common profits. I have no problem with profit. I knew that at the same time, I could have both.

Bill Whitaker: It sounds like what you are saying is his motives may not have been great?

Bill Whitaker: But the result of what he did has been a good thing?

Serge Michel: Has been a transformative thing. This is something that can change laws and practices all over the world.

When the interview with Falciani was over, the man responsible for the biggest breach and leak in Swiss banking history left the way he'd arrived at our meeting...through the streets of Paris on his scooter.