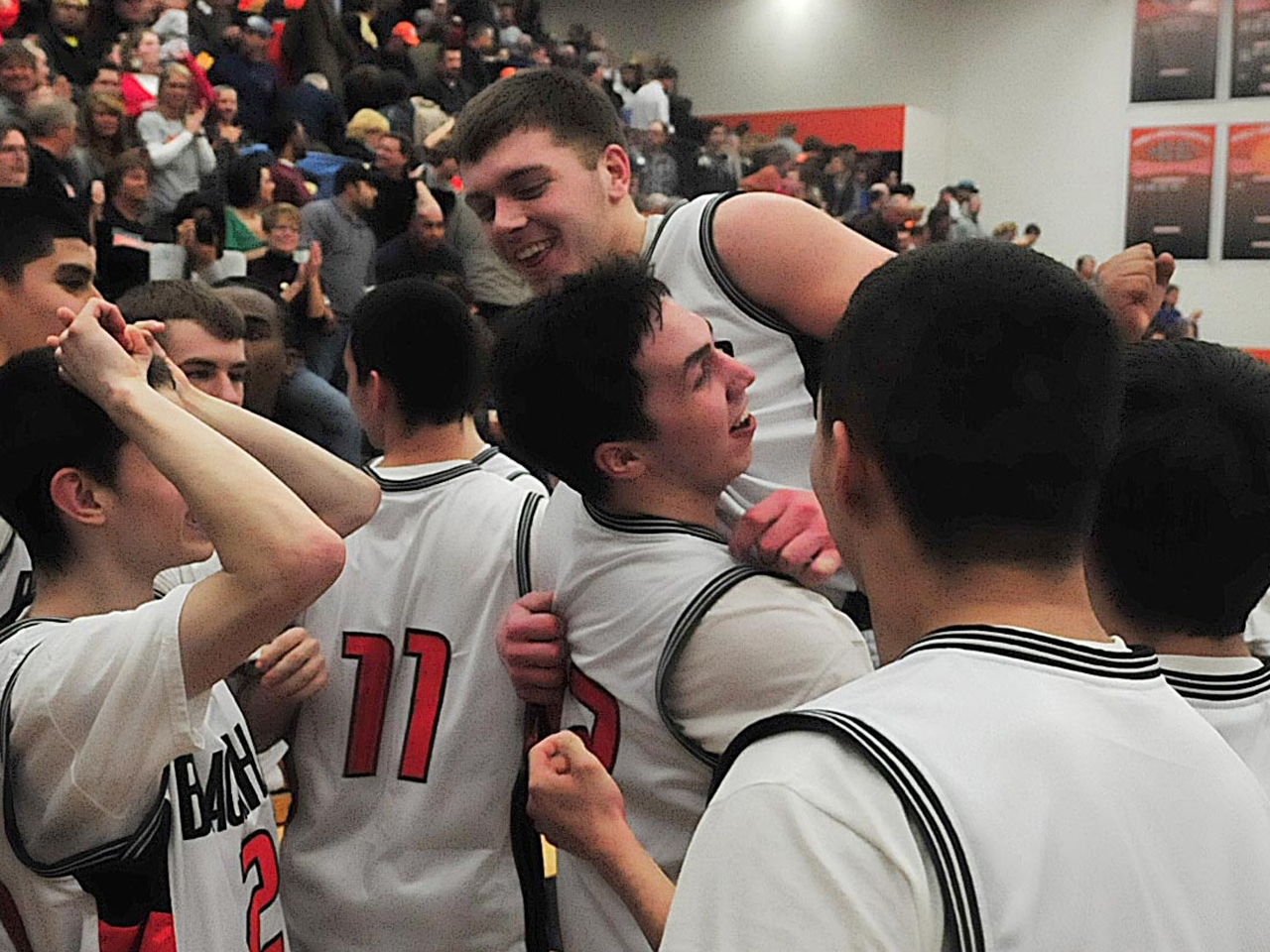 FENNVILLE, Mich. - A Michigan high school's star basketball player collapsed on the court and later died after making a game-winning layup in overtime to cap his team's perfect season.

Wes Leonard of Fennville High died Thursday night, Holland Hospital spokeswoman Deb Patterson said. A cause of death was determined to be an enlarged heart.

Paramedics performed CPR on the 16-year-old before he was pronounced dead at the hospital, Patterson said.

"All of Bridgman's thoughts and prayers are going toward Fennville right now," Miller told The Associated Press Friday morning.

Leonard was a multi-sports star at Fenville High School - as a quarterback, he helped take the football team to the playoffs, CBS affiliate WWMT in Kalamazoo reports. (Watch video at bottom of story).

Grief counselors were on hand at the high school on Friday, the district said.

Leonard's mother, Jocelyn, is a choir teacher at the middle and high schools and is the director of Fennville High's production of "How to Succeed in Business Without Really Trying." A scheduled performance of the musical was canceled for Friday, and it's undecided whether there will be shows on Saturday and Sunday.

Chad VanHuis, a 21-year-old Fennville High graduate who once umpired Leonard's middle school baseball games and was his camp counselor, heard that Leonard had collapsed as he headed into work.

During his break around 1:30 a.m., VanHuis, an assembly line worker at an auto glass factory in nearby Holland, logged on to Facebook and learned of his friend's passing.

"I couldn't believe it," said VanHuis, who remembered opposing baseball coaches asking to see his birth certificate, not believing a 12-year-old could be so big and skilled.

"He was very courteous. He was the nicest kid. You'd think with his star potential, because he's so gifted, he'd be cocky, but he never really was that way."

On Thursday, Leonard, who earlier this season eclipsed the 1,000-point mark for his high school career, laid the ball in with less than 30 seconds remaining. (See game highlights below:)

Bridgman wasn't able to score during the ensuing trip down the court, giving Fennville a 20-0 season. Leonard fell to the ground after teammates and fans rushed the court.

"It's tough to take in," his teammate, Shane Bale, told The Holland Sentinel. "It's like somebody from your family, you know?"

"Obviously, in the midst of celebration, I think 'shocking' is exactly the word," Fennville Superintendent Dirk Weeldreyer told the paper before an ambulance carried Leonard away from the high school.

Leonard is the second Fennville athlete to die in 14 months. Wrestler Nathaniel Hernandez, 14, died in January of last year after suffering a seizure at home following his participation in a high school wrestling match.

In an interview with the Sentinel at Tuesday's practice, Fennville coach Ryan Klingler talked about how Leonard had a great drive to succeed and that he saw the "bigger picture."

"That's what makes him a little different. He takes care of his body better than probably anybody I've ever coached," Klingler said. "Spends a lot of time on his own in the weight room. He's a special kid."

Fennville is about 200 miles west of Detroit.