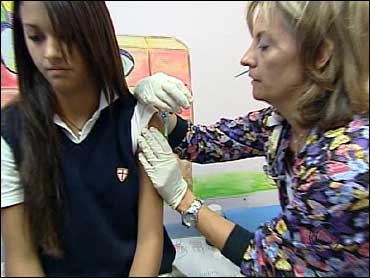 This column was written by Arthur Allen.

Jon Abramson, chairman of the Centers for Disease Control and Prevention's (CDC) Advisory Committee for Immunization Practices, would seem like a logical proponent of compulsory vaccination against the human papillomavirus, or HPV. The virus causes cervical cancer, and Merck's Gardasil vaccine proved in trials to be safe and to prevent two-thirds of the growths leading to such cancers. Abramson's committee, whose pronouncements are followed religiously in the public health world, has already recommended that sixth-grade girls get three shots of HPV vaccine.

So compulsory vaccination seems like the next step. HPV leads to cancers that kill 3,700 women each year and sicken another 6,000. That's a lot of death, misery, and medical expense — certainly more than what's caused by diseases like mumps or chicken pox, for which vaccination became mandatory in the 1980s and late '90s, respectively.

Merck launched a major direct-to-consumer advertising campaign after its vaccine was licensed last spring, and it lobbied fiercely to get state legislatures to mandate the vaccine. But HPV, unlike, say, chicken pox, spreads only through sex — so, naturally, vaccination has its opponents: Religious conservatives worry that it would make teens likelier to sin (by easing the threat of an STD). Of course, vaccines don't put ants in your pants anymore than safety belts cause road rage, and, besides, nearly everyone gets laid eventually. The purpose of public health is to protect everyone, and the vaccination of young girls is based on solid data showing that 13 percent of girls have already had sex by the time they turn 15. (It's important to vaccinate before sexual debut, because HPV infection risk increases about 15 percent with each new partner.)

Yet Abramson — and most of the other leading vaccinologists — opposes requiring HPV vaccination for school entry. "I do not think that HPV should be mandated at this time," says Abramson, who is also a professor of pediatrics at Wake Forest University School of Medicine.

Abramson is right. HPV might be a good candidate for compulsory vaccination, but it's far too soon for states to order it now. To understand why, you have to grasp the slow, three-way dance that builds public support for vaccination programs.

Vaccines, unlike other medicines, are "imperfect" goods, in the economic sense. When you're sick, you want to buy a drug — whether it's an antibiotic for strep throat, chemotherapy for cancer, or insulin for your diabetes. But vaccines — with a few exceptions, such as Jonas Salk's 1955 polio vaccine, which was balm to the soul of a polio-panicked nation — aren't an obvious sell. When you bring your baby to the pediatrician, he or she is healthy. A vaccine, like any other medicine, has a (small) chance of causing a side effect, so there's a risk analysis to impose on a healthy infant. What's more, as vaccines eliminate the diseases they are designed to fight, it's easier to believe you won't need them. As a parent, especially one who reads scary websites that blame vaccines for things they aren't to blame for, a vaccine might not seem like an unalloyed benefit.

For the commonweal, however, the benefit is clear. The diseases we vaccinate our children against — such as rubella, measles, and whooping cough — can and will come back if we stop vaccinating against them. So it falls to states — federal and professional medical organizations offer advice on vaccines, but states lay down the law — to choose which vaccines are mandatory. But before public health officials mandate a vaccine, they must be able to buy it for those who can't afford it. At $360 for the series, Gardasil is very expensive. And President Bush's new budget cuts federal vaccine-purchasing aid; states can barely afford to pay for currently mandated vaccines against diseases like hepatitis B and pneumonia, let alone spring for Gardasil. "I certainly would not want to see a child removed from school because their parents could not afford the vaccine," says Abramson (who stresses that his CDC committee has not taken an official position on the mandate).

Then, too, though it is legitimate to ask parents to contribute to the public good, you can't push too hard for acceptance of a new vaccine — especially one like Gardasil, which has been tested on only about 20,000 women, including just 1,500 young girls. Parents may be willing to accept that their daughters will have sex at some point, but they may still (quite reasonably) believe that it won't be in the sixth grade. Why not wait a few years?

Like all new medicines, HPV vaccine will contribute to cultural as well as medical change. That is why its introduction calls for a measure of patience. It's understandable that Merck — a very good vaccine maker — would like to corner a big share of the market before competitor GlaxoSmithKline's HPV vaccine is licensed later this year. Incentives to Big Pharma, including mandatory vaccination, are part of what keep them in the business of making vaccines. But one would have hoped that Merck learned its lesson after pushing for broad use of Vioxx — a drug whose side effects wouldn't have been as problematic if they were occurring in only people who desperately needed the drug for pain medication.

In the case of HPV, demand from parents and young women will presumably boost sales enough to provide good data, over a few years, on whether Gardasil is as safe and effective as it seems. If it is, then popular support will slowly build for the mandate to get the vaccine to the girls who need it. And since mandates increase vaccine coverage by just 10 to 20 percent (in most states, people can opt out of vaccination if they are strongly opposed to it), it hardly seems prudent to reignite a culture war issue until there's a long trail of documentation to support vaccination.

To be sure, there is a moral argument for immediacy working against the practical one for patience: The main reason for any mandate is to get the vaccine to children whose parents aren't aware it exists until they are forced to get their child immunized. In the case of HPV, there is probably a large overlap between the daughters of such parents and the women whose lack of access to medical care leads to cancer (regular pap smears can detect cancerous growths caused by HPV, and such growths can be removed if caught early enough).

But, by applying overly vigorous and premature pressure, Merck hurt this cause in the short term by cheesing off public health officials, state legislators, and a variety of vaccine-skeptical parents around the country, before finally ending its lobbying campaign last week. Building consensus for compulsory vaccination in states across the country takes time and persuasion, and now, because of Merck's zeal, it will take even more.

By Arthur Allen
If you like this article, go to www.tnr.com, which breaks down today's top stories and offers nearly 100 years of news, opinion, and analysis