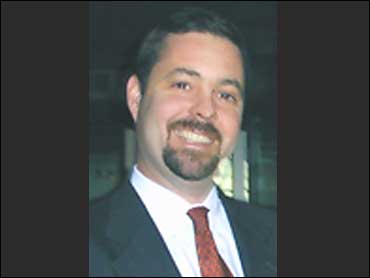 A spectacular first-half dunk by a freshman got Pittsburgh believing it could end Georgetown's unbeaten run. A shutout performance by the defense at the end of the game made it happen.

Julius Page, 6-foot-3, scored two of his 18 points with a jaw-dropping one-handed stuff over 7-foot Ruben Boumtje Boumtje, and the Panthers held the ninth-ranked Hoyas without a point over the final 3:48 in Pittsburgh's 70-66 victory Saturday night.

"His dunk was a huge play," said coach Ben Howland, even though it made the score just 11-8 with some six minutes elapsed. "It gave us a lot of confidence. I think a dunk's the same it's all two points but the players get jacked up."

Ricardo Greer added 15 points in only the second road victory of the season for the Panthers (11-6, 3-3 Big East), who also have a home victory over Seton Hall.

Demetrius Hunter had 11 points all in the first half to lead the Hoyas (16-1, 4-1), who were held to their lowest point total of the season. The 16-game winning streak to open a season was two short of the longest in school history.

"In this league, to go undefeated, I would have thought would have been near impossible," coach Craig Esherick said. "We have a lot of good teams in this league, and they scout us very well. Pittsburgh came in with the thought in mind of playing a certain way, and they executed it perfectly.

"I told the guys we've had a good year, and there's no reason now for them to think we have not had a good year because we lost a game. Sixteen-and-one's a pretty good record, and they need to know it."

Pittsburgh won by slowing the game down with a timeout, a deliberate offensive set every time Georgetown tried to run. The Panthers zone defense worke in the first half when the Hoyas weren't hitting 3-pointers, and man-to-man paid off in one solid defensive play after another down the stretch.

Greer blocked a 3-point attempt by Gerald Riley, a double-team inside forced Mike Sweetney to lose the ball, and Isaac Hawkins forced Sweetney to throw up a short air ball all in the final 90 seconds.

"We started to rush things," said Georgetown point guard Kevin Braswell, who had nine points, seven assists, three steals and three turnovers. "We haven't been in a close game in so many games. We made plays that are uncalled for. We played flat today. The defense wasn't there."

The game was already a tight one neither team led by more than six when both teams turned it up a notch with about 7 1/2 minutes to play. Pittsburgh's Donatas Zavackas hit a pair of 3-pointers, but had his next one blocked. Riley made a pair of 3s to keep pace.

The lead seesawed until Victor Samnick's baseline layup with 3:48 remaining proved to be Georgetown's last points. Page's running scoop shot then gave the Panthers a 67-66 led with 3:18 to play.

Pittsburgh offered hope for an upset from the opening tip-off, beating the Hoyas trapping defense with smart passing to get some close-in looks.

"It seemed like we'd play great defense for 27, 28 seconds," Esherick said. "And at the end of the clock they'd end up getting a layup or a pretty good shot."

Hawkins made a free throw with 4:03 left to match Pittsburgh's biggest lead, 28-22, but Georgetown found its rhythm and tied the game at 28. Lee Scruggs' tip-in with 34 seconds left gave the Hoyas a 35-33 halftime lead.

The Panthers opened the second half with a 12-4 run, capped by Page's baseline 3-pointer. Defense brought Georgetown back, with Braswell and Nat Burton making steals that led to fast-break layups.

Point guard Brandin Knight, back in the starting lineup after bad practice habits demoted him to reserve for two games, had nine assists for the Panthers.

"We didn't have anything to lose," Page said. "They were undefeated, and our record doesn't look too good. They probably didn't come out to play until the last minute."