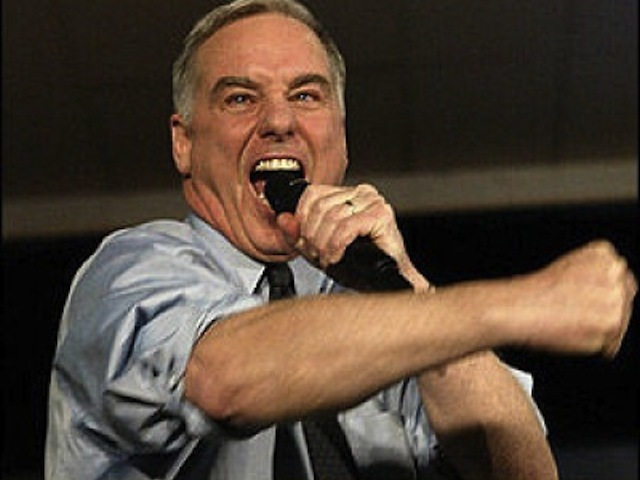 Don't scream. Or it could ruin Howard Dean's chances of running for president in 2016.

Dean's now-infamous howl at the Iowa caucuses was blamed in part for the demise of his 2004 presidential campaign. But nearly a decade later, the former Vermont governor and DNC chair is teasing the possibility that he could reenter the presidential campaign scene in 2016.

"You should never say never in this business," Dean told CNN on Thursday at the liberal Netroots Nations conference.

Dean said he has "mixed feelings" about running again, but added that if candidates don't focus on issues with enough gusto, he wouldn't close the door to throwing his name in the race.

"What I am driven by is pushing the country in a direction that it desperately needs to be pushed; pushing other politicians who aren't quite as frank as I am who need to be more candid with the American people about what needs to happen," Dean said. "I am not trying to hedge-- it's a hard job running. It's really tough."

Dean, who founded the progressive group Democracy for America, said he will celebrate the 10-year anniversary of kicking off his last presidential campaign with staff and volunteers this weekend.

"If you had to put a gun to my head and make me decide right now, I wouldn't," Dean said. "But who knows?"