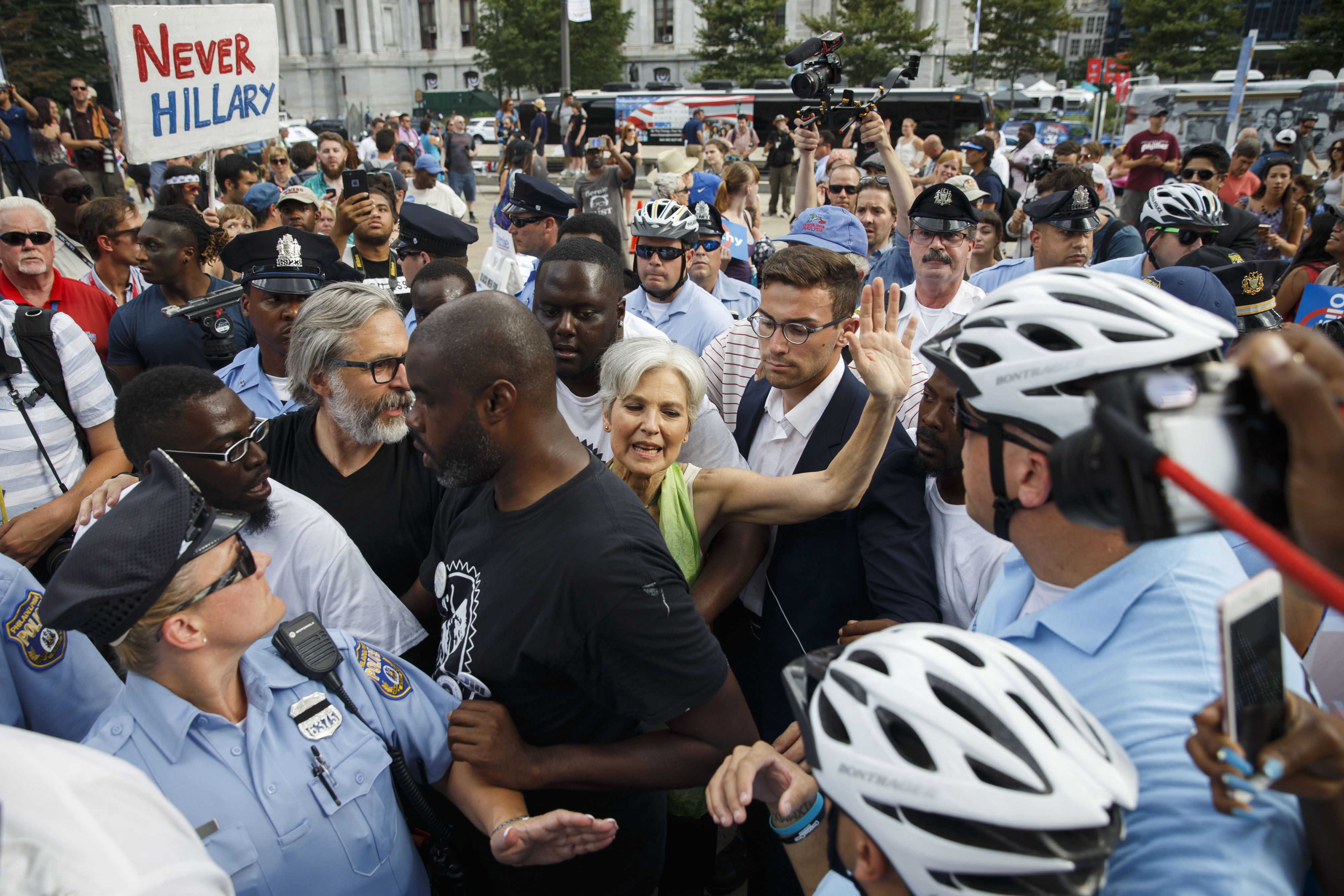 Jill Stein, the Green Party’s presidential nominee, has raised more money for an effort to recount the votes in three states, than she did during her entire presidential campaign. Online donations stacked up $5 million online in a few days, as of Friday afternoon, and she just upped the target to $6 to 7 million.

That’s enough, the party says, to fund audits in three states critical to Donald Trump’s victory: Pennsylvania, where the president-elect won by about 68,000 votes; Wisconsin, where Mr. Trump edged out Hillary Clinton by just over 27,000 votes; and Michigan, where Mr. Trump has a slight lead but where the votes are still too close to call.

How much of those millions will be used to fund the recount efforts?

Filing recount petitions in Pennsylvania, Wisconsin, and Michigan will run up a hefty tab, the Green Party says. In Wisconsin, where the deadline to file is Friday at 5 p.m., the price tag is estimated to be $1.1 million; in Pennsylvania, the cost to recount ballots is approximately $600,000; and in Michigan, the bill will be about $500,000.

Additional funds, she and the party say, will be used to fund legal challenges. George Martin, a member of the Wisconsin Green Party’s coordinating council, said Friday Stein will submit appropriate paperwork for a recount in Wisconsin by the deadline.

If there is extra money in the donation fund -- or if Stein’s petition fails to pass muster with the election commissions in any of the states -- Martin promised that the money will be used to fund the Green party’s local “campaign schools,” meant to groom local candidates for public service.

“As a national party, our commitment is to build at the local level,” Martin said. “That’s where these dollars and excess dollars will go.”

On her website, however, Stein’s donation page says that any extra dollars not devoted to the recount will “go toward election integrity efforts and to promote voting system reform.”

As for the recounts, Martin said at a press conference that they are the first step to finding out “whether our electoral system is working,” emphasizing that it’s “not about the outcome -- it’s about the process.”

Martin, who said there is “no smoking gun” about voter fraud, nevertheless pointed to forensic and computer expert testimony to say there is “enough peripheral evidence to warrant that our system should be investigated.” Earlier this week, a group of election lawyers and researchers also urged Clinton to ask for a recount in the three states Stein’s campaign is currently looking at.

The Green Party official also pointed to the discrepancy in votes for Mr. Trump, according to Wisconsin exit polls (where he received 44.3 percent of the vote share) versus the official vote count (where he earned 47.9 percent).

The Wisconsin Republican party is panning the effort as “absurd and nothing more than an expensive political stunt that undermines Wisconsin’s election process.”