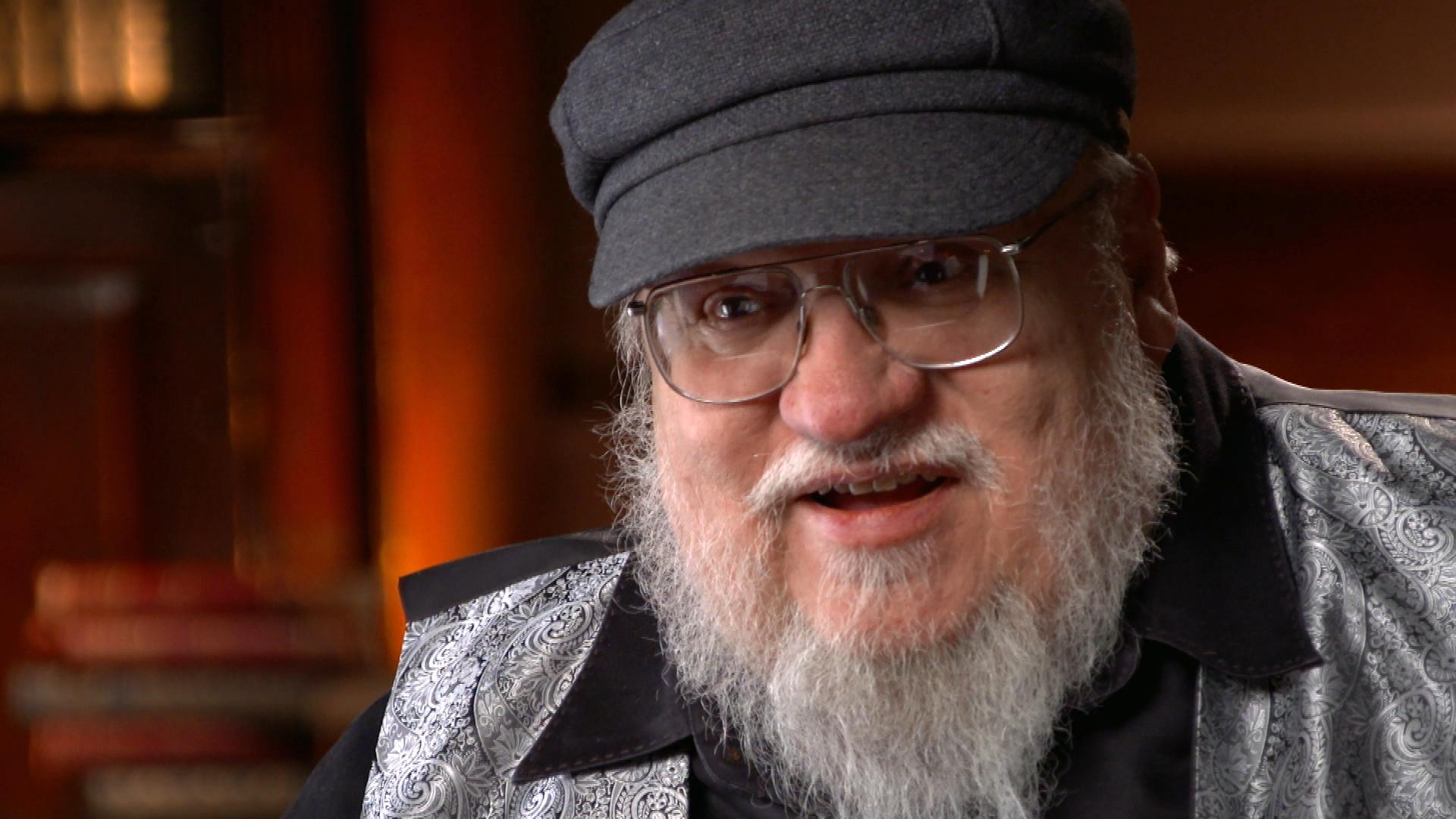 Anderson Cooper speaks with George R.R. Martin, the creator of "Game of Thrones" about the television show surpassing his book series. Below is a transcript.

George R.R. Martin: I published a fifth book in 2011, when the series was just going on the air. So, I was, like, five books ahead. I was completely confident that I would have the entire series finished, and "Winds of Winter" and "A Dream of Spring" would be out before they-- they got to them.

Anderson Cooper: 'Cause you plan to have two more books?

Anderson Cooper: You-- you had once been quoted saying, that you would find it alarming if-- if they caught up, if the series got ahead of you.

Anderson Cooper: When it clear they were catching up, you told them over-- a kind of an overarching future of where you saw the-- the last two books going in terms of plot?

George R.R. Martin: Yes. And, you know, the major beats. I mean, obviously, we're talking here about a-- several days of story conferences taking place in my home in Santa Fe, New Mexico. But there's no way to get in all the detail, all the minor characters, all the secondary characters.

George R.R. Martin: The series has-- has-- been extremely faithful, compared to 97 percent of all television and movie adaptations of literary properties. But it's not completely faithful. And-- and it can't be. Otherwise, it would have to run another five seasons.

Anderson Cooper: And in essence, what's-- by the time the series is finished and your other two books are finished, y-- essentially it's gonna be two se-- different--

George R.R. Martin: But, you know, I think that's true of every adaptation. We got all these Spidermen. Is it Stan Lee's Spiderman from the comic books? They're-- they're similar, but they're also different. Things happen to one that never happen to the other. Things are resolved differently. The girlfriends are shuffled and reshuffled. The-- the primary beats are there, the character is there, but it's a question of-- what are the choices you make to tell the story, which are partially dictated by your-- your medium.

Anderson Cooper: I mean, do you worry that some fans will have Dan and David's ending in-- in their mind's eye? Would that-- would that-- you know, would that be a disappointment to you?

George R.R. Martin: I don't think Dan and Dave's ending is gonna be that different from my ending because of the conversations we-- we did have. But they may be on certain secondary characters, there may be big differences. And, yeah, some of the people will have that. There will be a debate, I'm sure. I think a lot of people, who-- say, "Oh, Dan and Dave's ending is better than the one George gave us. It's a good thing they changed it." And there will be a lot of people who say, "No. Dan and Dave got it wrong. George's ending is better." And they will all fight on the internet. And there will be debate. And-- that's fine. I mean, it-- you know, the worst thing for any work of art, be it a movie or a book is to be ignored. (LAUGH)