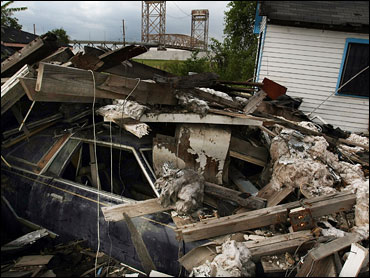 Amy Liu is deputy director of the Metropoitan Policy Program at

The fourth anniversary of Hurricane Katrina falls this weekend.

Usually, a fourth anniversary is not a landmark. But this one is notable for the many leadership transitions afoot.

First, the election of President Obama has heightened hopes for a new federal direction in the Gulf Coast. Thus far, he has been low-key, even skipping out on a visit to the area this anniversary-for the first time in three years-instead pointing to his administration's accomplishments to improve the business of recovery, such as accelerating infrastructure repairs.

But to fully break from the past, more needs to be done-especially to make sure that the recession does not rollback the recovery gains made to date. While federal investments in public infrastructure repairs have helped buoy the New Orleans economy, the recession has dampened the housing market, stalling efforts to replace or repair the tens of thousands of homes destroyed by the storm. Further, more work is needed to boost incomes and opportunity in the region, convert a massive inventory of blighted properties into marketable use, and strengthen the safety and sustainability of the region through comprehensive coastal restoration and protection.

At the core, Obama and his team must show that the $40 billion-plus in taxpayer dollars spent on long-term Gulf Coast recovery is not being wasted to simply return New Orleans back to its old normal.

Indeed, prior to Hurricane Katrina, New Orleans was beset with challenges facing many older cities. It had the second highest concentration of poverty among the 50 largest American cities. It possessed a weak economy, with shrinking high-paying industries and expanding low-wage, hospitality jobs. Also, the metro area was growing in unsustainable ways, with the city losing jobs and residents as development shifted outward into suburban parishes and onto precious wetlands.

The opportunity is that the federal recovery dollars already flowing to schools, housing, health care facilities, and roads and transit can be accompanied by an overhaul of policies and systems underlying them so that New Orleanians, and our nation, get better outcomes and performance. It is not enough to simply get the money out the door quickly. Our aim should be for a city and region that is more inclusive, economically robust, and environmentally sustainable than before the storm.

No doubt, some bold innovations are underway, such as the total revamping of the public school system and the installation of a first-ever inspector general to remove the cloud of corruption and distrust that hangs over locally-elected officials.

But, these efforts must be the norm, not the exception. To that end, in the next twelve months, the administration must go beyond "disaster recovery" and work with state, local, and private sector allies to facilitate some transformative initiatives to boldly put the city on the path to reinvention. The pressure is on for Obama (and New Orleanians) to demonstrate that, at the five-year crossroad, New Orleans is not trending toward the status quo.

Specifically, the administration should not treat New Orleans as that special disaster case, but as a priority city where it can test a number of its signature initiatives. From modernizing the nation's infrastructure to boosting green industries to linking school reform with the transformation of distressed neighborhoods-and the launch of a new urban and metropolitan agenda-Obama can apply his desire for bottoms-up solutions to a city and region that is teeming with renewed assets, a committed citizenry, and strong philanthropic support.

But this is an upward battle if Obama does not have a good local partner.

Fortunately, Mayor Nagin's term is coming to an end. Nagin has been a disaster (excuse the pun) and his recovery czar resigned earlier this summer with little fanfare and few accomplishments. With a primary coming up next February and a run-off election in March, New Orleans will have an opportunity to choose a leader with vision and experience who can hold up his or her end of the bargain in a federal-state-local partnership to deliver on the promise of recovery.

With all these stars aligning, let's not squander this post-disaster moment to remake a great American city.

By Amy Liu:
Reprinted with permission from The New Republic.