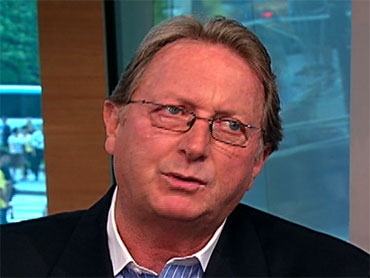 The power of persuasion can be powerful indeed - and it's one you can learn, according to author Nicholas Boothman.

He's an expert at getting people to say 'yes' or see things your way, and says everyone should know how to do it.

So he shares his secrets in his latest book, whose title says it all: "Convince Them in 90 Seconds or Less: Make Instant Connections that Pay Off in Business and in Life." (Read an excerpt)

"You can do it in less than 90 seconds," Boothman said. "TV commercials do it in 30 seconds. Magazine ads take three or four seconds. If convincing takes you -- if you get to five minutes or so, you've lost them -- five minutes or more to convince somebody. Because we make decisions very quickly. Especially emotional decisions."

It is true you can make a first impression in as little as three seconds?

"Actually," Boothman replied, "it's two. The Harvard School of Health Science says we decide how we feel about someone (in two seconds). It's unconscious. It's the fight-or-flight response. We just pick up on signals that someone gives. Basically, we're saying, are we safe or not with somebody. If we feel safe, and we like them, we look for opportunities to say 'yes' to them. And we tend to see the best in them. And if we don't, we see the other way around."

So how can someone go about it? They keys, Boothman says, are trust, clarity and emotional impact, and they have to happen at the same time.

"People have to unconsciously say, "I trust you, you make sense, and you move me," ' Boothman says. "When you can do all these things, you can convince somebody. So trust, obviously, comes from the first impression and comes from lots of body language.

" … Clarity: Your message has to make sense. … and it usually it has to be in the positive.

"It's no good saying to my daughter, 'Don't mess up your room,' when I mean, 'Tidy your room.' If you say to a customer, 'Don't hesitate to contact me,' they don't know what you mean. What you really mean is, 'Phone me Friday,' or, 'Call me if you need some help."'

"People for whom communication is easy put that stuff in the positive and people (for whom) it's a struggle, they tend to put it in the negative. So forming your words is important.

"But the emotional impact is the big one. Eighty percent of the time, people make decisions based on their emotions, even though they think they're being rational. Stock markets soar and crash on emotions, even though they think they're being rational. Look at magazine ads for cars or for whatever, or when you're convincing someone to do something, if you can get it -- if you can get an image into someone's head, it will stay there. Warren Buffett is a genius at this. Recently, he was asked, 'How do you feel about your job?' He said, 'I tap dance to work.' That's the kind of language that sticks in your mind and says volumes."

Be happy and positive, Boothman suggests, and your message "will stay."

Finally, Boothman advises, heeds your "ABCs": Work on your attitude, your body language, and your congruence.

"Just adjust to useful attitudes, as opposed to useless attitudes," he says. "Useful might be resourceful or welcoming, enthusiastic. Useless might be hostile or appearing that way. Body language, open it. Make some eye contact, etc. Synchronize, like (Maggie and I are) doing right now. We're sitting the same way. And congruence means your body language, the tone of your words must always be saying the same thing. No mixed messages. Not like my mother-in-law used to say, 'Nice to see you, Dear' (as she cringed!). So we can pick that up really quickly in people."

In speeches, interviews, and in at least 49 published plans released during his presidential campaign, Biden talked about the actions he'd take in the earliest days of his administration.

What we can expect from Biden's inaugural address

The president-elect spent the weekend working through a major homework assignment: The first speech of his presidency.