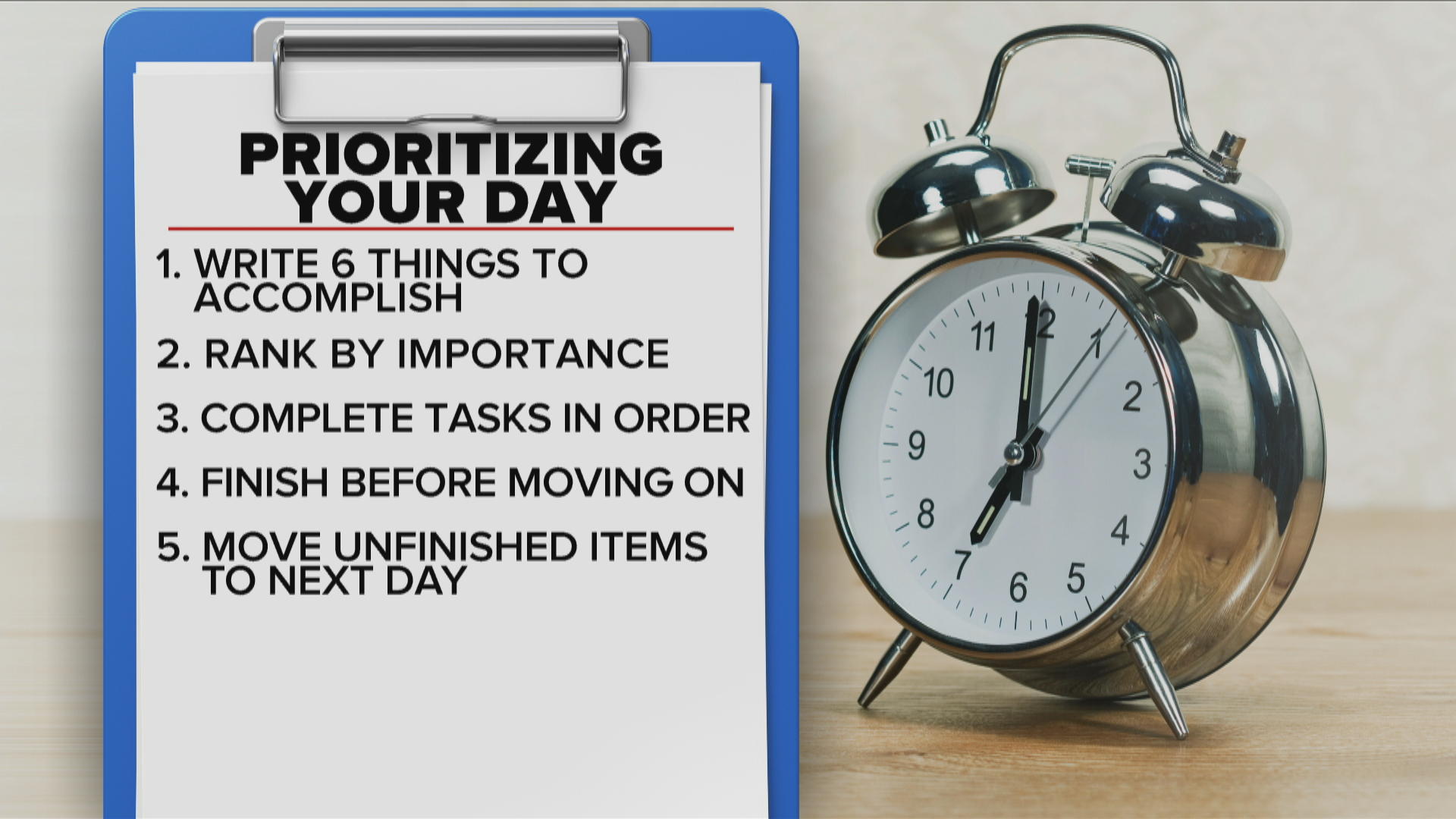 Habits expert and New York Times best-selling author James Clear says one of the keys to a successful morning routine is finding a "sacred space" to prioritize your day.

"There's no one single thing that people do, but I think that if you look at people who set their day up for success one thing they do have … is some kind of sacred space to prioritize the day — to think about what do I need to get done, what's going to set this day up for success — and they have that time carved out," Clear said.

Clear, the author of "Atomic Habits: An Easy & Proven Way to Build Good Habits & Break Bad Ones," also recommends starting with a simple, achievable task, like making your bed, to build momentum for the rest of the day. He said it helps get "positive flow" going, and then you can move on to your more difficult tasks.

What's just as important though, Clear said, is what you do the night before to set yourself up for success the following day.

"If you can prioritize some of those things the night before, whether it's coming up with your to-do list for the next day or making lunches for the kids at school, things like that, the more that you can get done the night before, the more that you can set yourself up for success. The second part of that is sleep. You know, you can't — it doesn't matter what your morning routine is, you can't cheat the fact that you don't have enough sleep if that's when you wake up," he said.

Another tip that may prove particularly useful for younger people is to stop using your phone as an alarm.

"So you wake up, you turn your alarm off and then rather than getting out of bed, you lay there and just start to scroll. And it's like, well, I don't quite want to get up yet, and then before you know it, 10, 15, 20 minutes have passed," Clear said. "So I think one solution to that is to charge your phone in another room each day rather than keeping it next to you."

To hear how James Clear starts his mornings, watch the video in the above player