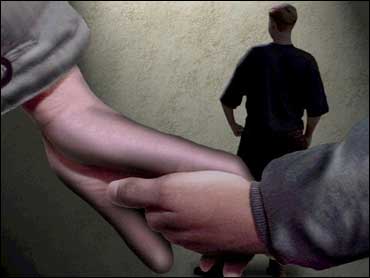 With almost half of all first marriages ending in divorce, millions of children are impacted each year by their parents' separation.

So how can divorced parents stop trouble before it starts?

Dr. Jennifer Hartstein, an "Early Show" contributor and child and adolescent psychologist said on the broadcast Wednesday, it all starts with the parents' treatment toward each other.

Hartstein said emotion is often the biggest inhibitor for effectual co-parenting among exes.

"The fact you were in a relationship with this person you loved and thought you would spend your life with and something went wrong," she said. "There is hurt and resentment and anger and sadness tied up that and very hard to say, 'I still have to see you all the time because we have kids together and put my own emotions aside but that's really what you have to do.'"

She suggests these three cardinal rules for effective co-parenting:

1. Be respectful: Don't disparage one another: treat one another with respect and demonstrate positive conflict resolution. Don't act out your hurt and anger on your children, or talk about your negative feelings toward the other parent around your children. It could promote resentment within your child.

2. Keep the kids out of it: Don't put the kids in the middle of your arguments and ask them to choose sides. Also, don't use your children as messengers. This is just too confusing to them and includes them in your relationship issues, which isn't fair. Figure out how to communicate with one another in a business-like, fair manner.

See how one family has made co-parenting work for them: