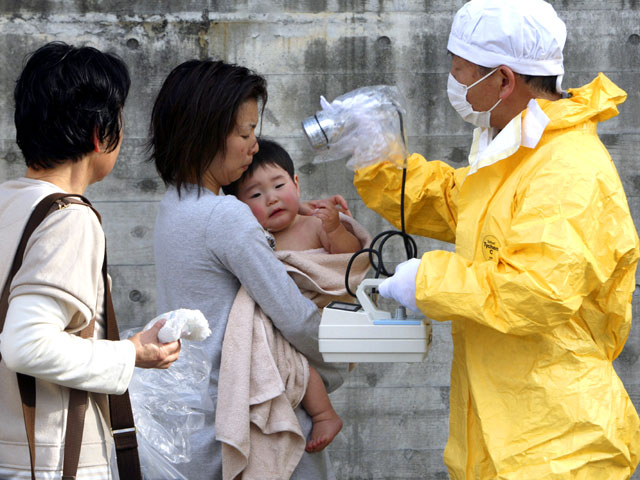 As heartbreaking stories and images of the disaster in Japan continue to play out in the media, parents are left wondering how to explain the tragedy to children.

On "The Early Show" Tuesday, contributor Dr. Jennifer Hartstein, a psychologist, discussed issues kids have and how to help them cope.

She explained it's important to provide accurate information.

"You don't want to say 'Everything is fabulous, nothing will happen to you,' because you can't back that up," she said. "You want to be careful. You want to wait for specific questions. ... You can answer that question. You don't have to get into all other details of other things. And you want to have the conversation over and over and over again. You're probably going to have to repeat it many times."

How much information is too much?

"You want to keep it as simple as possible. Answer those direct questions. Provide reassurance. Listen to him and what he's saying to you so that you can really get to the heart of the problem. Is he really just reflecting some worry and you want to address that."

Trina wrote in, "I have a 9-year-old and 6-year-old. Should I let them watch tsunami news coverage on TV?"

Hartstein said, "We want to also remember that media includes TV and the internet. We have to remember that they can access these all over the place. So you want to watch it with them. You don't want to be unbridled and unsupervised. You really want to watch it with them. Answer their questions as they have them, be involved, be part of the discussion, instead of just letting help watch it and not know what to do.

Hartstein added this is especially important for children ages 6 through 9.

"You should monitor as much as possible," she said. "For teenagers, they're going to have a better ability to process the information. But for your younger kids, just as you would with anything else, monitor this, too."

Melody wrote in, "How do you comfort them, calm their fears, when there's a thunderstorm. How do you let them know they are going to be OK?"

Hartstein answered, "Validate their feelings. Validate their worry. You're worried as a parents. Validate it for them. Continue your routines. Try to keep things going as much as possible. And be aware of your own stress as a parent because that's going to impact your kids, so if you're feeling nervous and stressed, they're going to pick up on it. Find outlets for yourself."

Co-anchor Erica Hill asked, "So should we not talk about certain things in front of our kids?"

Hartstein said, "With the radiation, your kids won't understand what that means, so you might want to have that conversation in adult time not in front of your children. If they pick up on it, then discuss it with them openly."

Hill asked, "How important is that physical contact? A hug seems like it can go a long way."

Hartstein said, "Physical contact can take you very far. So if they need that, offer it to them. If you're not sure, ask if they want the hug, but really be there, be present, be involved."

Alan wrote in, "I'm very honest with my kids, but is that a good idea to not hold anything back?"

Hartstein said, "You really want to filter your information. For younger kids, too much information is just too much. So you want to avoid giving too much of an excess amount. And be honest, but not over share your feelings. It will freak them out. But with your teenager, sure, have that conversation. Talk about it. And you can about how they may be able to get involved and help. Even with your younger kids, how can they be philanthropic, how can they provide some stuff to these kids in Japan."

Hil added, "And it helps, too, to have some -- pull out a map and show them here is Japan, here's where we live in the United States."

"Absolutely," Hartstein said. "Use it as a moment to educate. Teach them geography. Teach them what a tsunami is, about earthquakes. There is an opportunity to teach them the basics."

And if you're concerned your child's issues with the disaster are part of a bigger problem, Hartstein recommended talking to a pediatrician.