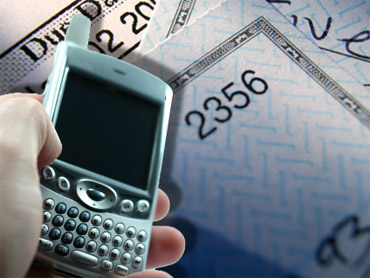 We are a nation addicted to our phones. Americans have 293 million cell phone plans and 61.2 million smart phones, according to CTIA - The Wireless Association.

Now, many of the major mobile service providers are coming up with new ways to put their customers in control, so no one is paying for services they don't want.

CBS News Business and Economics Correspondent Rebecca Jarvis discussed some of the changes you can expect to see soon.

Jarvis pointed out there are actually around 160 wireless providers. But the big four are AT&T, Verizon, T-Mobile, Sprint -- they comprise 91 percent of the cell phone plans in the country.

So how much are people paying for their plans?

Jarvis explained the average cell phone bill is $48.50, but a recent Federal Communications Commission survey indicated that 30 million Americans -- or one in six mobile users -- have experienced "bill shock," a sudden and unexpected increase in monthly bills that is not caused by a change in service plans. Bill shock can occur for a number of reasons, including unclear or misunderstood advertising, unanticipated roaming or data charges, and other problems.

Have No Fear Of African Violets

Jarvis explained cell phone plans are comprised of four main services: talk, text, and data and fees. Data, she said, applies to wireless services like internet, email and applications. Talk and text plans are staying the same, but your data plan could see changes, and anyone who's looking for a new phone will likely see a new host of data plan offerings.

"The big changes are in that data component," she said. "What you will pay for internet, wireless internet, as well as e-mail use on your cell phone. Now that the major providers are actually offering these more ala carte, as opposed to an unlimited wireless access. Instead, what they are saying is, you can pay for as much internet as you use. Just like you pay as you sort of use as much phone minutes as you use. ... They are basically saying there are more options for people, that you can choose a less expensive plan, if you choose to use the internet less on your phone."

So what should you keep in mind when you choose a plan going forward?

Jarvis said, "You need to ask yourself, what are you using your phone for? If you are using it for Facebook, using it for your e-mails or work e-mails, and on top of that, to maybe listen to live music streaming off the internet. You probably want to think about accessing one of the unlimited internet plans. If you are using it for less than that and think you will only check your e-mail once in a while, you can go to a less expensive plan. One last point, if you use it more than the plan calls for, then in the same way you paid over for using too many minutes, you'll pay over for using too much internet."

But if you don't see what you're looking for, Jarvis said pre-paid phones are another way to go. She pointed out 20 percent of the market is using them, and there aren't any surprises when you pay.

In addition to these changes, Jarvis said the Federal Communications Commission (FCC) is attempting more changes for consumers on their phone plans.

For more information on cell phone changes and to submit your thoughts on the FCC consumer feedback page through December 27, go to the FCC website here.