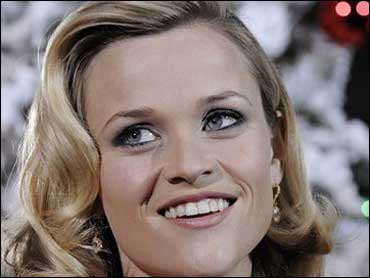 A lot of us dread aging, but some - like 34-year-old actress Reese Witherspoon - are embracing it.

As the cover girl for Glamour magazine's January 2011 issue, Witherspoon spoke openly about how she feels much sexier as she gets older.

She told the magazine, "I was always, as a younger actress, very conscious of not wanting to act sexy. I didn't see myself like that. But I think as a woman, you get older, you feel more confident in your sexuality. You're not as intimidated by it, not as embarrassed by it. Sexuality and femininity is an accumulation of age and wisdom and comfort in your own skin. I feel better - so much better now than I ever did in my twenties. I am calmer; I know who I am. And as a result, I feel much sexier."

So how can you, too, feel sexier as you get older?

Psychotherapist Dr. Jenn Berman, the host of the "Love and Sex Show with Dr. Jenn," discussed this topic on "The Early Show on Saturday Morning," and how women today can embrace their age and use it to their advantage.

"The 20s are a time that's idealized," she said. "I think it is such a time women are struggling to find their identity and figure out who they are and establish themselves in their careers but the 30s tend to be a real time of security for that very reason because we have a much better sense who have we are and that is sexy."

"Early Show" co-anchor Rebecca Jarvis noted, "With Reese Witherspoon, of course, she's gone through a number of changes. … She's had two babies, been through divorce. How significant are these life stages and going through different personal developments to feeling sexy?"

Jarvis agreed, saying more women in Hollywood - from Diane Keaton to Demi Moore - have been embracing their sexy side. She added, "Do you think our sense of age is changing in this country? Do you think we're taking a new approach to aging?"

Berman responded, "I absolutely do. Women like that have revolutionized the way we think about aging. And it's given the rest of us some hope, even though they have the advantages of plastic surgery and make-up artists and all of that, when we see someone our age or older looking great, it can be really inspiring."

Jarvis said, "They do have the advantages, as you put it, of plastic surgery and Botox and all the injections and things like that. When it comes to feeling sexy for your partner and growing older with that partner, how do you think it is important to keep the spark alive and how can we do that?"

Berman advised, "Make a point to make time for one another, turn off the TV, the BlackBerry … turn off your computer, have face-to-face time with each other. And take care of yourself, make sure you are eating healthy, listening to your body, exercising and dressing in a way that makes you feel good and also have some sex, even if you don't feel like it. Sometimes, having sex can make you feel sexy and, also, sex begets sex, the more you have, the more you want."

She added communication with your partner is one of the keys to feeling sexy.

"The more communication you have, the more connected and the more intimate you feel, the more confident you're likely to feel, which makes you file more sexy," she said.

As for men, Berman said, they have the advantage when it comes to age.

"Traditionally, their sense of sexiness and self-esteem tends to come from power and earning potential, which tends to rise over the lifespan," she said. "They've also been given permission more to have a few wrinkles and get gray whereas women traditionally have not."