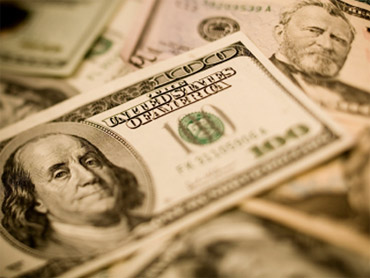 Do you have a pet peeve about dealing with your bank?

Many people do. However, unfortunately for consumers, these practices are not just annoying -- they can cost you money.

"Early Show" financial contributor Vera Gibbons shared on the broadcast Monday five things that can drive you crazy about your bank, and what you can do about them.

• FEES
Over $1.4 trillion in bad loans were issued during the credit bubble, Gibbons explained. So in an effort to try and shore up balance sheets, there are more fees. She said 53 percent of banks' income today comes from fees. That's up, Gibbons said, from 35 percent in 1995.

She said, "So your rent, your mortgage, and then they work their way down to the smallest ones, so that $3.00 cup of coffee could conceivably cost you nearly $40. It adds up. "

Gibbons suggested being a better bookkeeper. She said you could keep a buffer of money, perhaps $500, and also see if your bank will alert you when your account is low, or set up your own overdraft protection with a line of credit or a link to your savings account.

• LACK OF DISCLOSURE
Banks are required by law to disclose fees and interest rates, Gibbons said, but many aren't complying with the law. U.S. General Accountability Office looked at 185 bank branches: one-fifth of those banks didn't provide comprehensive lists of fees when asked; one-third failed to disclose terms and conditions of their fees; and more than half didn't have any pertinent consumer information on their Web sites.

• CHANGING INTEREST RATES
Banks can raise rates on credit cards whenever they want with 45 days notice. That's up, Gibbons said from 15 days, due to changes in credit card law. Banks, she said, can take an interest rate from 18 percent up to the default rate or more -- even if the consumer has done nothing wrong.

Consumers are fed up, Gibbons said, and don't want to wait for bulk of reform measures that are scheduled to take place 2010, so they're switching over now to debit cards. Debit card purchases, she said, now account for about 50 percent of card transactions.

But is it a good idea to make the switch from credit to debit?

Credit cards are generally the better choice, Gibbons said, because they come with added benefits that debit cards don't offer. However, she added, debit cards are being pitched as convenient.

"You don't have to carry cash," she said. "And, hey, no interest. That's not really true, though, assuming you overdraw."

Gibbons sited an Federal Deposit Insurance Corporation (FDIC) study that found that a $27 overdraft fee a customer repays in two weeks on a $20 debit purchase would incur an annual percentage rate of 3,520 percent. By contrast, penalty interest rates on credit cards generally run about 30 percent.

Consumers, she said, are looking for alternatives, such as community banks, credit unions and online banks because there are lower rates on loans, higher rates on deposits, and low or no fees -- and offer a better experience overall.

She said, "The banking experience overall has really taken a hit."