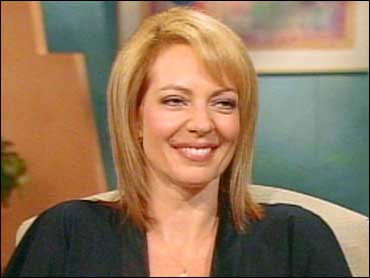 Actress Allison Janney is best known for her role of C.J. Craig, the White House press secretary, on the hit drama "The West Wing." She has won three Emmys for that and has just been nominated for a fourth award.

But starting Friday, you can see her on the big screen playing Mandy Moore's mother in the new film "How To Deal."

She talks to The Early Show co-anchor Hannah Storm about the romantic teen movie as well as her fourth Emmy nomination for her work in "The West Wing."

About the nomination, Janney says, "I can never watch the announcement. I just try to forget that they're even coming out. I get very nervous. Obviously the first time was completely new and wonderful. It doesn't lose the thrill."

Without "The West Wing" creator and writer Aaron Sorkin, Janney says she expects the show to be different. "That doesn't necessarily mean it won't be good."

And why not? Janney herself as been doing well, coming out of a performance in "The Hours" and now being cast in "How To Deal."

The film is a coming-of-age story about a family dealing with divorce. Janney says, "That's what I loved about it, the parallel journey the mother and daughter go on. They both start the movie and the relationship of Mandy's mother breaks up, the marriage breaks up. They're both in a place of being disillusioned by love and not trusting men and not wanting to go there and closing down. They slowly open up and start dating other people. And finally, they can love again. It's a lovely journey and a lovely movie."

And notes she had a great experience working with Mandy Moore. She says, "She taught me a thing or two. I was intimidated by her because she's so young, so accomplished and so grounded. At the beginning of the scenes, she did a little improv and I thought that was so brave of her. She wanted to get the scene going before the cameras rolled. So when the cameras rolled we would be in the middle of the scene, things would be happening and alive. I loved her for that. She wasn't afraid to make a fool of herself. I'm always afraid to make a fool of myself."

But she was not afraid to be a starfish. Janney is the voice of Peach in this summer's blockbuster animated film "Finding Nemo."

Janney says, "I did it because I have a niece and nephew. And I wanted them to go see it and not know that I'm in it. They saw it and they didn't recognize my voice."