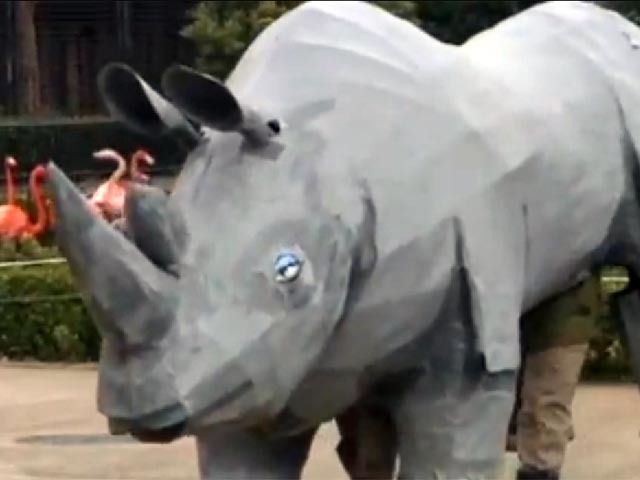 (CBS) - Always be prepared. It's a motto law enforcement (and boy scouts) know well. Police need to be able to deal with a variety of circumstances that us regular folks never have to worry about. That's why they run drills. In the above video, Tokyo police run a drill on how to capture an escaped zoo animal. It's not a joke. The giant papier mache rhino they use as the "animal," on the other hand, is just plain silly.

Why did they give the rhino eyeshadow? We may never know, but hopefully the staff at Tokyo's Ueno Zoo know what they're doing.

UK newspaper The Telegraph took this video as part of their story. They also report that escaped animal drills like this take place every year at various zoos around Japan in preparation for animal break-outs in the aftermath of disasters such as earthquakes.