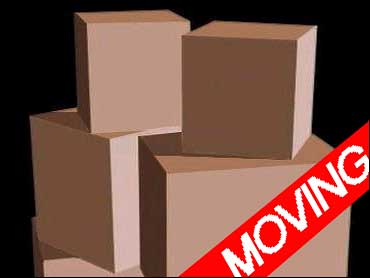 Any who's moved knows the frustration of relocation. So when you hire a professional mover to help ease the load, how do you make sure you're not going to get ripped off?

On "The Early Show," Consumer Correspondent Susan Koeppen reported that, over the past three years, the Better Business Bureau has received over 27,000 moving-related complaints. And unless you do your homework, Koeppen said, you might be the next moving scam victim.

Moving is exhausting, expensive and just plain stressful. But many Americans say moving wasn't just a nightmare -- it was a scam.

Alison Southwick, spokesperson for the Better Business Bureau, told CBS News, "This year alone, 40 million Americans will move to another home, so there are a lot of people out there that fraudulent movers can take advantage of."

Koeppen shared the story of Tyler Green, who moved his family from the East Coast to Phoenix and hired New York-based Budget Van Lines to do the job. He received a "binding estimate" for $3,466.00.

Green explained, "It was all done over the phone, someone out in California."

But Budget Van Lines (BVL) was a moving broker. They hired a second company, Ideal Moving and Storage, to execute the move.

Linda Bauer Darr, president and chief executive officer of the American Moving and Storage Association, said, "Brokers are really middlemen that are involved in the process because they're looking for a piece of the action. That's not the person you're gonna be with."

Green said, "After everything was loaded, they were writing stuff down and they gave me a copy of it and it didn't seem right."

So when Green got to Arizona, he asked for help from JJ Stroh, an investigator with the Arizona Department of Weights and Measures.

Stroh said, "We run into a great deal of this. I wish it weren't so."

When the movers arrived in Phoenix, Stroh and CBS News cameras were waiting.

Stroh said, "Sir, the reason I'm here is because there was a dispute over the pricing on this, and I'm interested in what your documentation shows versus what he was sent."

The driver replied, "I have no idea, I picked up the stuff, they didn't even give me any paperwork."

Stroh responded, "That puts you at risk. I'd prefer you didn't do that."

Turns out the driver in the unmarked Ryder truck worked for yet a third company hired to move Tyler Green's belongings.

Stroh said, "You're the one unfortunately who'll have to make the final decision. Because you're here, the trucks here, the possessions are here, and we'll need to resolve it here."

After a quick call to Ideal Moving & Storage, the movers decided to unload his belongings for the original price of $3,466.00.

Green said, "The load and the unload has been fine. It was just the business that came in between it that was the problem."

In a statement to CBS News, Ideal Moving & Storage says, "The customer received a binding estimate based on an incomplete list of items that was provided during the initial order for service."

Budget Van Lines says, "Due to this incident, BVL has suspended service with Ideal Moving and Storage pending further investigation."

Due to our report, the Federal Motor Carrier Safety Administration is investigating Green's case.

So how can you protect yourself?

Koeppen suggested these tips on "The Early Show":

• Do your research: Know who you're dealing with before hiring.
• Get an in-house estimate. You want the company representative to see exactly what you have in person -- not over the phone.
•Great website to know your rights and get help if you feel like you're getting scammed: ProtectYourMove.gov