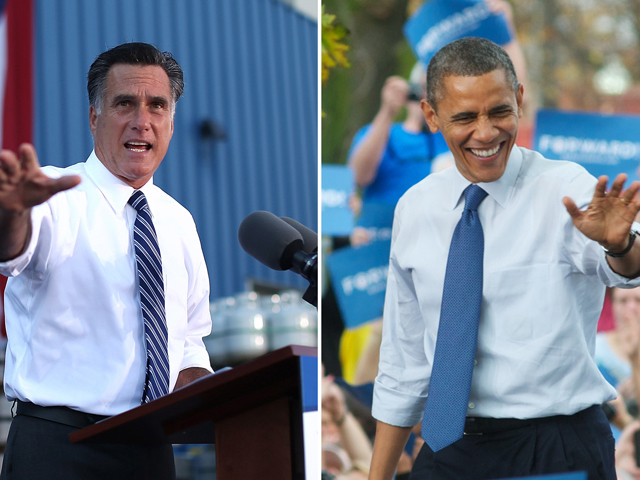 (CBS News) As the candidates push through the final days of a grueling presidential campaign, many wonder just what it takes for the candidates to maintain their health and energy on the trail.

Dr. Connie Mariano served as White House physician for Bill Clinton and briefly for both Presidents George H.W. Bush and George W. Bush and spoke to CBS News' Bill Plante about the occupational hazards of running for office.

"I liken it to the ultimate stress test," she said of the frenetic pace of the campaign trail. "Your blood pressure is higher, your pulse is higher, you can look at the blink rate of the candidates."

Mariano said that often candidates -- and campaign workers -- suffer from typical traveling ailments. "The candidates will have back pain because they stand up long hours at a time," she explained. "Shaking hands, they'll have wrist pain, maybe carpal tunnel syndrome ... they can get frequent colds."

Both presidential candidates are health-conscious. President Obama exercises six days a week -- he favors the treadmill -- and Gov. Romney reportedly works out three times a week, usually on an elliptical machine. And Romney's running mate, Paul Ryan is widely known as a fitness nut.

In terms of maintaining a healthy diet on the road, Romney abstains from alcohol and caffeinated drinks and with encouragement from the first lady, Mr. Obama quit smoking and promotes healthy eating.

But, campaign stops can throw a wretch in their routines, according to Mariano. "If a candidate thinks 'gee I think I'm thirsty,' five people hand them something to drink. There's food everywhere, so the temptation is not to overeat."

Still, Mariano maintains that despite the unforgiving lifestyle of campaigning and serving as president, presidents typically live longer than most people of their generation.

"Among the 44 presidents we've had, eight died in office and four of the eight who died in office were assassinated," Mariano said before adding, "So they go on to reap the benefits of having been a former president, which is a longer life than most people."