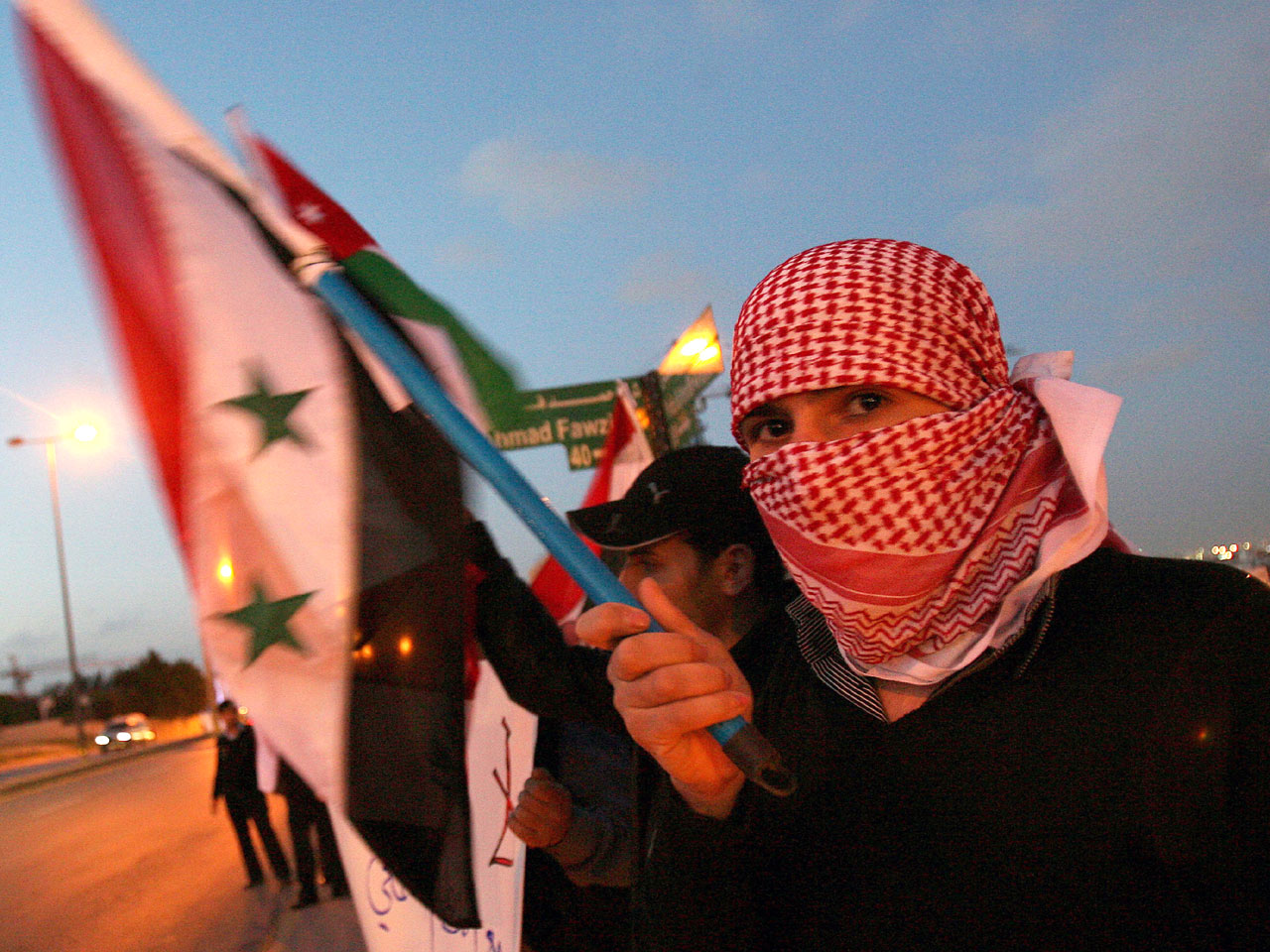 This story originally appeared on Global Post. It was written by Hugh Macleod and a reporter in Syria

DARAA, Syria -- It was the small act of defiance that catapulted Syria to the frontline of the Arab revolution.

And it came not from the organized opposition in Damascus or Aleppo or any other major Syrian city, but from the graffiti cans of school boys in a run-down border town half way to the desert.

Here on March 6 the slogan of the revolutions in Cairo and Tunis, which the boys had seen played out on their TVs, came flying from their paint cans onto a wall and grain silo in Daraa, the ancient and increasingly arid farming town on Syria's southern border with Jordan.

The local secret police soon arrested 15 boys between the ages of 10 and 15, detaining them under the control of Gen. Atef Najeeb, a cousin of President Bashar al-Assad.

In a gloomy interrogation room the children were beaten and bloodied, burned and had their fingernails pulled out by grown men working for a regime whose unchecked brutality appears increasingly to be sowing the seeds of its undoing.

On Friday, Syria saw the bloodiest day of its 5-week-old uprising, as security forces gunned down close to 100 protesters across the country. Security forces fired on mourners the following day, killing at least nine at funerals for those who died in Friday's massacre. On Monday, the violence continued. This time, security forces stormed the city of Daraa, where it all began.

The ever increasing numbers of people killed by security forces have fuelled the growing protest movement, the demands of which have intensified from simple requests for reform to the all-out ouster of Assad.

The story of Daraa is the story of the Syrian uprising: A single incident of brutality by a lawless secret police which ignited protests that swept the country.

The disappearance of Syrian citizens, even children, inside the cells of one the state's notorious security branches may not have been anything unusual for people accustomed to living for half a century under emergency laws.

But the arrested boys were from almost every big family of Daraa: the Baiazids, the Gawabras, the Masalmas and the Zoubis.

In the largely tribal society of Syria's south, family loyalty and honor run deep. So when security forces opened fire on the families of the missing who had marched to the governor's house to demand their release, the regime had started a fatal feud.

"When the people saw the blood, they went crazy. We all belong to tribes and big families and for us blood is a very, very serious issue," said Ibrahim, a relative of one of the boys arrested.

The 200 people outside the governor's house quickly grew in number. "We were asking in a peaceful way to release the children but their reply to us was bullets," said Ibrahim. "Now we can have no compromise with any security branches."

Security forces prevented ambulances from ferrying the injured people to hospital, said Mohammed, a 28-year-old relative of another one of the boysi. "We will not forget that."

Instead the injured were taken to the Omari Mosque in the heart of Old Daraa.

With the boys still in prison the protests grew in size and frequency. Three protesters were killed on March 18 after security opened fire on a demonstration calling for an end to corruption and the release of the children.

Two days later furious crowds set fire to the offices of the Baath Party, calling for freedom and an end to emergency law.

Assad attempted to defuse local anger by sending high-ranking officials to Daraa to reassure the town's leaders that he was personally committed to bringing to justice those who had opened fire.

The 15 children were released, having spent two weeks in jail. But the marks of torture on their sons only fuelled the rage of local tribal leaders.

Now the demonstrators against the regime numbered in the thousands.

In the early hours of March 23, security forces stormed the Omari mosque, which had become a focus for the growing protest movement. Troops threw in stun grenades before opening fire, killing five people, including a doctor who was working to treat those injured in previous protests.

Locals said the men who stormed the mosque were Syrian special forces, with many claiming they belonged to the army's fourth division, under the command of Maher al-Assad, the president's brother.

The local governor and security chief were sacked, but the move did little to abate the anger of locals.

"Why didn't President Assad visit Daraa himself and say sorry to the people," said Mohammed. "We are 100 percent Syrian and he should show us real sympathy and respect."

The Daraa protests grew exponentially, falling into a familiar and tragic pattern: The funeral for those killed a day earlier swells into a rally against the regime. Security forces open fire, killing more and guaranteeing an even larger turnout at the next funeral. It's a pattern underway today.

A day later tens of thousands turned out for funerals in Daraa shouting, "We do not want your bread, we want dignity." Security opened fire and killed 15.

A group of enraged protesters tore down the statue of Hafez al-Assad, the former president, whose name still inspired fear in most Syrians. Pictures of Hafez's son, Bashar, were ripped and burned.

In one week of protests in and around Daraa at least 55 people were killed. Across the country the pledge to Daraa became a unifying chant: "With our souls, with our blood, we sacrifice to you Daraa."