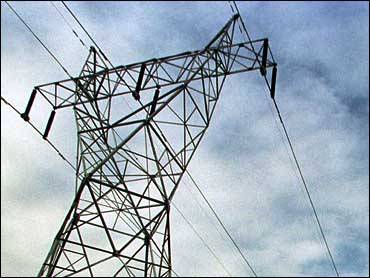 Electricity generation stations throughout the United States are interconnected in a system called power grids.

This allows electricity generated in one state to be sent to users in another state. It also allows distant power generation stations to provide electricity for cities and towns whose power generators may have failed or been destroyed by some accident or sabotage.

In the U.S. electrical system, there are more than 6,000 power generating units energized with coal, oil, gas, falling water, wind or nuclear fission.

Power from these stations is moved around the country on almost a half-million miles of bulk transmission lines that carry high voltage charges of electricity.

The power transmission is directed by more than 100 control centers. Experts there can monitor the distribution of power and reroute electricity from areas of low demand to areas of high demand. Often there are automatic switches that direct the routing of power to where it is needed.

From the high voltage transmission lines, power goes to regional and neighborhood substations. There, the electricity is stepped down from high voltage to a current that be used in homes and offices.

High or unbalanced demands for power that develop suddenly can upset the smooth distribution of electricity in a grid. In some cases, this can cause a blackout in one section of a grid, or even ripple throughout the whole grid, sequentially shutting down one section after another.

Once large sections of a grid are shut down, it may be difficult or impossible to restore power from neighboring grids. In periods of high demand, such as summer, often those nearby grids also are under stress and may not have spare power.

When power is restored, it can cause a sudden surge in demand that the system may not be able to accommodate. When electric motors, transformers and other electrical devices are all energized at once, it can draw many times the normal load and can trip a secondary shutdown.

For this reason, engineers restore power after a massive blackout in stages, one section after another, so there is no sudden, overwhelming demand.