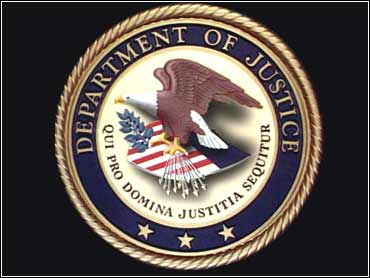 After a year-long battle with the Justice Department, CBS News won the right to open sealed documents about how much it cost U.S. taxpayers to sue Microsoft for anti-trust violations.

The government says it spent more than $9.4 million to break up the software giant, reports CBS News Correspondent Sharyl Attkisson. It says that figure is only 1.9 percent of the Antitrust Division of the Justice Department's funding allocation over the last five years.

The total, which tallies the cost through April 1, includes $3.7 million for outside experts and consultants.

CBS News filed a Freedom of Information Act (FOIA) request in September 1999 asking the figures be made public. The Justice Department had refused, arguing that turning over cost figures could jeopardize the case. The government finally changed its tune, releasing the figures Thursday after CBS News threatened legal action.

The battle to get the Justice Department to disclose documents showing how much the trial cost has been long and tortuous.

The federal FOIA law was passed in the 1960s, establishing the right of the public and the media to obtain a wide range of documents from the government, acknowledging that Americans have the right to such information so that they may hold their government accountable.

When a FOIA request is filed with a government agency, the agency must answer. If and when the agency denies a request or withholds documents, the agency must justify why the documents are being withheld, referring to specific exemptions of the Act.

Ironically, Attorney General Janet Reno expressed passionate support for FOIA in an October 1993 memo which she wrote to "heads of departments and agencies."

"The [Justice] Department," Reno wrote, "will no longer defend an agency's withholding of information merely because there is a 'substantial legal basis' for doing so. Rather, in determining whether or not to defend a nondisclosure decision, we will apply a presumption of disclosure."

Further, Reno wrote, "...it shall be the policy of the U.S. Department of Justice to defend the assertion of a FOIA exemption only in those cases where the agency reasonably foresees that disclosure would be harmful to an interest protected by that exemption. Where an item of information might technically or arguably fall within an exemption, it ought not to be withheld from a FOIA requester unless it need be." [emphasis added]

So it came as some surprise when, on October 20, 1999, in a letter to CBS News, the Justice Department claimed FOIA exemptions for every single scrap of paper involving the cost of the Microsoft trial, saying disclosure of such sensitive information could "interfere with (the) enforcement proceeding."

On November 9, 1999, CBS News appealed the FOIA denial, stating that the information we requested "is clearly releasable under the FOI Act and....may not validly be protected by any of the Act's exemptions. In this regard," CBS News wrote to the Justice Department, "your mere assertion that the requested information will interfere with the Microsoft proceeding is not a sufficient basis upon which to deny (our) request. Rather, the law requires that you furnish a reasonable detailed explanation as to how disclosure will interfere with Justice's enforcement efforts."

Last fall, the department provided written answers regarding cost information to Sen. Slade Gorton, a Republican from Microsoft's home state of Washington. The department claimed it had spent about $7 million on the trial to that date, but provided little detail and no documentation or evidence.

That $7 million figure didn't include what 19 states have spent in joining in the lawsuit against Microsoft. Like the Justice Department, most of those states were not forthcoming, saying it could hurt their case.

Moreover, some people who oppose the government's action against Microsoft said the $7 million figure excludes expenses which should have been included, such as overseas trips in which Justice officials have given speeche about the Microsoft case.

Some Microsoft advocates have put the actual amount the Justice Department had spent suing Microsoft -- as of last fall -- was anywhere from $30-60 million.

The figures released Thursday by the Antitrust Division of the Justice Department were broken down as follows: More than $4 million was spent on antitrust personnel, $2.6 million on experts, $1 million on consultants, $290,000 on other contractors, and $1.2 million on non-personnel, which includes travel and lodging costs as well as miscellaneous costs such as copying and document shipping.