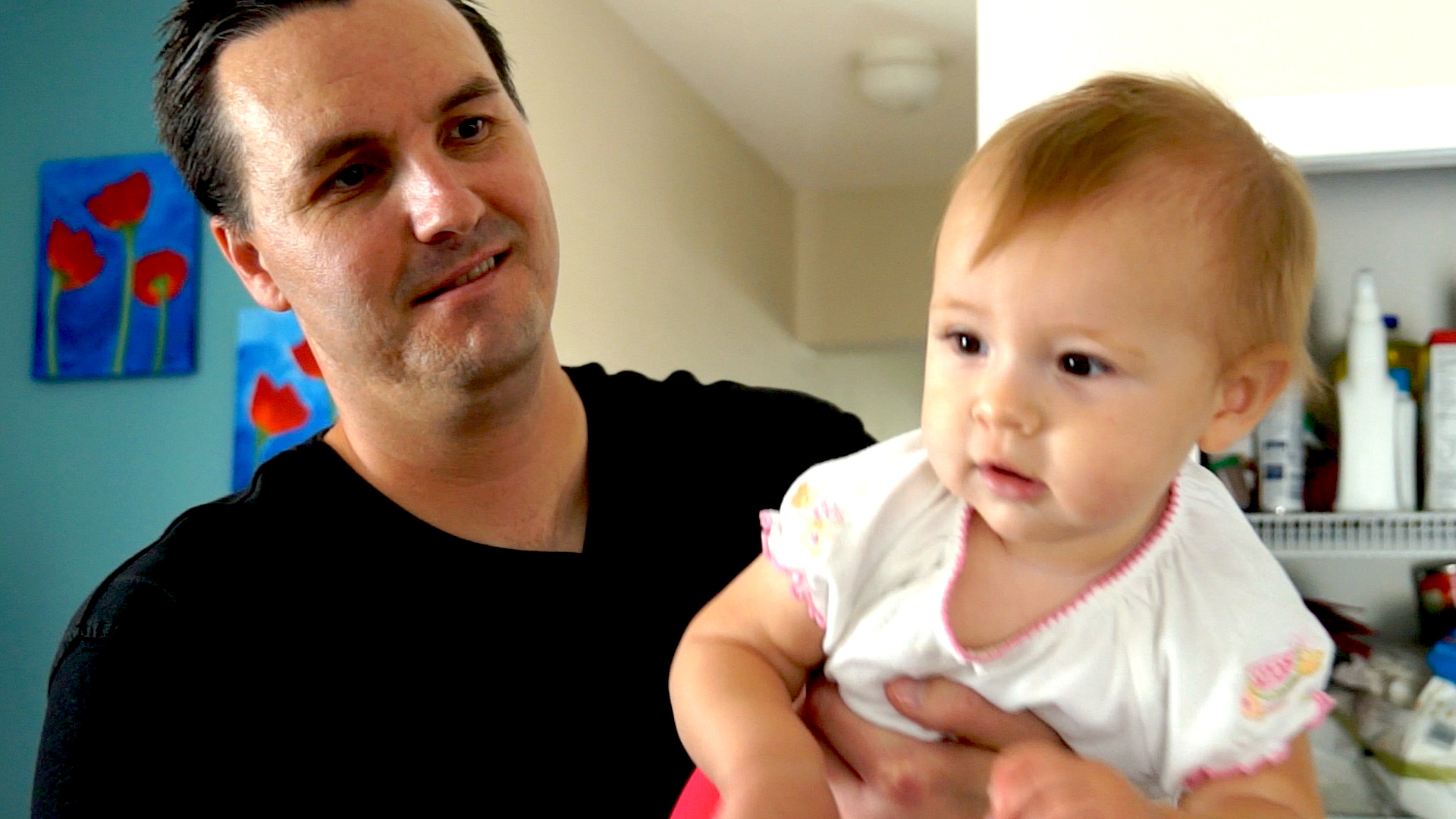 ORLANDO - On Sunday night, there are no feelings of dread about the week to come. On Monday morning, no shrieking 6 a.m. alarm. No commute. No office. No boss.

This is life for Marc Hardekopf, who this month celebrates his first year of early retirement. He's 37.

"My last day of work was May 17, 2013," Hardekopf told CBS News, in a poolside interview at his Orlando home. "And not one second has gone by where I felt like I regretted that decision. I don't miss work at all."

This isn't a story of inheritance, or tech success, or lottery luck. This is the story of a man with a plan.

Hardekopf graduated college and law school by the age of 23 and was $65,000 in debt. He worked for 10 years as a staff attorney for New York City's Taxi and Limousine Commission, never making more than $100,000 a year. He maxed out his 401k, IRAs and an additional retirement account available to city employees. He then moved with his family to Florida and worked for two more years before clocking in for what he hopes was the last time. His net worth is now in the seven digits.

With his hard-earned financial freedom, he spends his days with his wife, Tracy Zanco, and their two daughters. He takes the kids to dance class, where he towers above the moms and nannies. Under the palm trees that shade the front of his spacious home, he scoops up the multicolored sidewalk chalk his oldest daughter left outside. He watches Internet videos with the girls on the same laptop he uses to rebalance his financial portfolio.

And that, he says, was the reason he rushed to quit, a quarter century younger than the average age of retirement, which, according to Gallup, is 62 in the United States.

"The biggest regret that most American men have when they're on their death beds is that they didn't spend enough time with their families when they were young," Hardekopf said. "And if I don't have to work, I don't want to."

While he was working, Hardekopf saved money like a mad man. He took frugality to an extreme, an especially impressive feat in New York City, where the high life beckons and it seems nothing is ever cheap.

His list of frugal living examples includes living in what he describes as a "welfare hotel" for 5 years during and after graduating law school. He estimates that he only took a taxi once a year. He didn't have a car until he was 34. He didn't have a cell phone until 2011.

Then there was dating. Tracy remembers the courting process with a smile, and the romantic gestures she's learned to live without.

"Flowers and jewelry would be a couple things that come to mind. Marc thinks both are a complete waste of money," Tracy said, laughing. He did a good job on the engagement ring, she added, and they do go on nice vacations, but she doesn't expect any more jewelry or fresh flowers from her husband. When the reporter noted the orange flowers sitting on a table behind her, she laughed.

"Those are fake, and I bought them for our house. He would not have done that."

But once they got serious, Tracy joined her husband on his mission. She packed her brown bag lunches and cut through piles of coupons -- and her salary as a corporate lawyer helped the dream reach realization.

She also accepted her husband's zeal for personal finance. By his count, Hardekopf has read over 300 books on the subject, nearly all, of course, checked out from the library.

And then there's his oldest daughter's middle name: Buffett. As in Warren Buffett, the billionaire investor and one of Hardekopf's heroes.

"At first I thought that was a little crazy," Tracy said of the name choice. "But over time, I knew how important it was for him, and he thought it would be great for her to have a name that would remind her of someone who invested his money very wisely and was also philanthropic."

Hardekopf's one regret? He could have started investing sooner than the ripe age of 24.

"I look back and think, 'What if I took all my money since I was 16 and invested that?' I'd have actually a lot more money."

By starting as early as he did, far earlier than most, Hardekopf was able to take advantage of compound interest, the mathematical miracle by which the money one saves young generates interest, and then that interest makes interest. It's a powerful snowball many aspiring retirees discover only too late.

For example, if you started funding your retirement at 24, like Hardekopf, contributing $5,000 a year with, say, a nine percent return, you would have over $2 million by your 65th birthday. But if you start 10 years later, at 34, you would be looking at less than half that when 65 rolled around.

Hardekopf describes his investment strategy on his LinkedIn profile as such: "I analyze macroeconomic trends in economies all over the world and adjust my portfolio of investments accordingly. I focus on investment opportunities that have recently performed poorly and are due to generate above-average returns over the long term."

In retirement, Hardekopf is still frugal, and proud of it, showing off his $6 phone, used car, and a bloated coupon bag. The house and the pool? Purchased, in full, at the bottom of the Florida housing market.

Tracy, who stopped working when her daughters were born, plans to return to working in law, but not because she has to. She and her husband have enough money saved up to live modestly off their investments, put their daughters through school, and never work again, which is just fine with Hardekopf.

He's one year into a long retirement, and he doesn't plan on looking back.

Why your credit cards shouldn't retire when you do

​Back to the future technology spurs adults to save for retirement