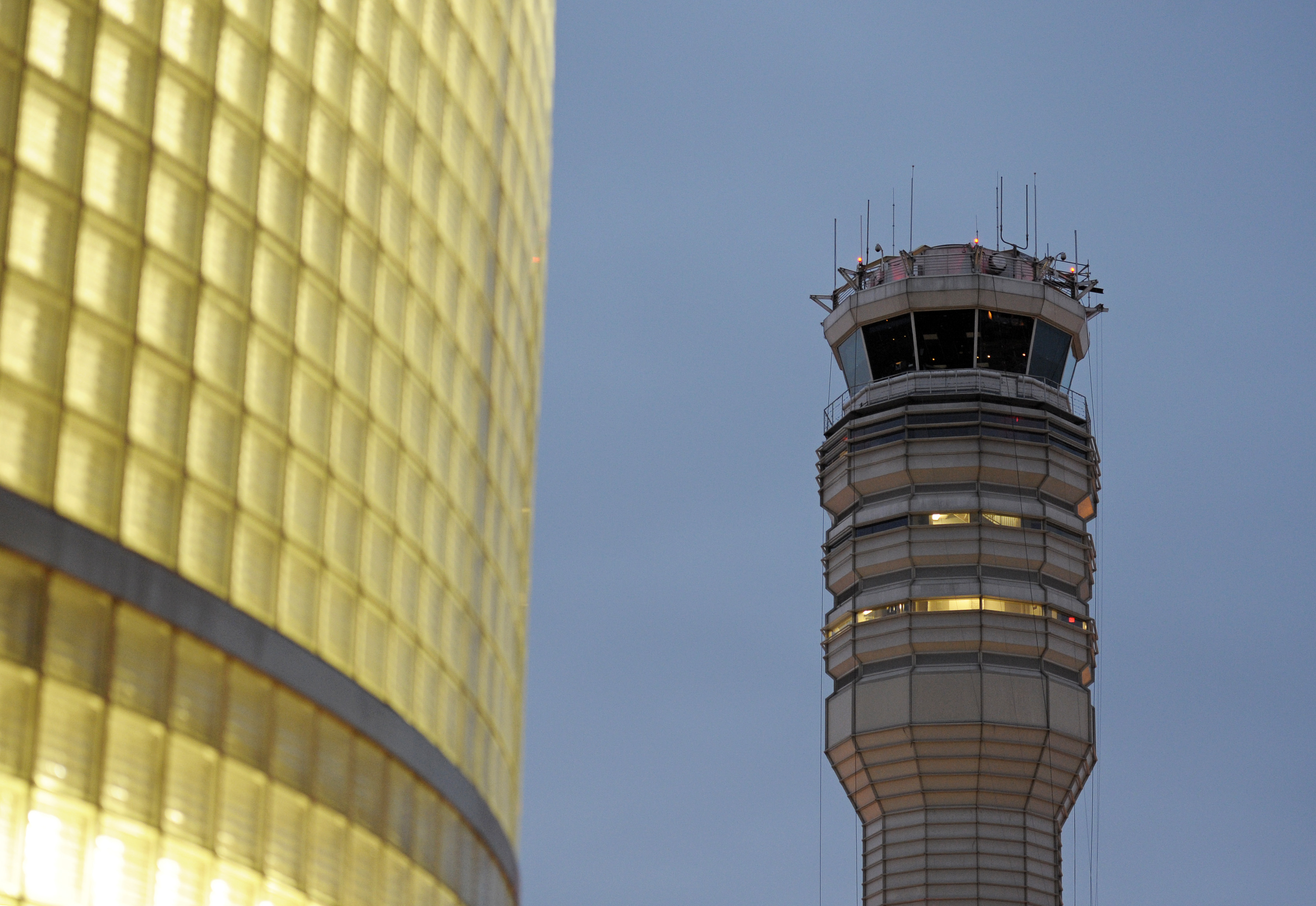 WASHINGTON - The Reagan National air traffic controller who was asleep on the job early Wednesday morning, forcing two passenger flights to land unassisted, has been suspended.

Now the FAA is looking deeper into the incident - and in the continuing debate about fatigue in the airline industry, reports CBS News correspondent Nancy Cordes.

FAA Administrator Randy Babbitt said safety was not compromised during the incident at the Washington, D.C. airport. "But that said, this should've never happened," said Babbitt.

"As a professional pilot for more than 25 years I am outraged by this, and we have an investigation and we will get to the bottom of this - I want to know why this happened."

The controller, a 20-year veteran with a clean record, admitted to investigators that he fell asleep just after 11:55 p.m. At 12:04 a.m., an American Airlines jet couldn't reach him and was forced to abort its approach, reaching out instead to a regional controller 40 miles away who tried to call the tower.

The American pilots had to land essentially unassisted. So did a United flight 15 minutes later which was able to reach the tower once it was on the ground.

Since 2002, Reagan National - which has light overnight traffic - has had just one controller on the midnight shift; they've since added a second.

Wednesday's incident comes nearly five years after a fatal crash in Kentucky in which a controller was working alone. Accident investigators said that controller was most likely suffering from fatigue, although they placed responsibility for the crash that took 49 lives on the pilots.

By comparison, Chicago's O'Hare international Airport has three controllers, plus a supervisor. Boston's Logan and all three New York metro airports have two controllers each.

The suspended controller had been working his fourth consecutive overnight shift. He's been given a routine drug test.

Transportation Secretary Ray LaHood has ordered an examination of controller staffing at airports across the nation, and he directed that two controllers staff the midnight shift in Washington from now on.

The issue is likely to land in Congress' lap next week when the House is expected take up a Republican-drafted bill that would cut $4 billion over four years from the FAA. The agency says it needs more money, not less.

A House bill already calls for a National Academy of Sciences study of controller staffing. A Senate-passed version of the bill also would require a study.

"The incident at Reagan National Airport is troubling and of great concern," said Rep. Nick Rahall, D-W.Va., the senior Democrat on the transportation committee. "We must deal with the immediate safety and security concerns of this critical airspace."

"The last thing airline passengers should have to worry about is whether there is anyone working in the air traffic control tower below," Lautenberg said Thursday.

But some aviation safety experts say perhaps too much is being made of this week's incident.

"It's not outrageous for the agency to avoid putting a second six-figure employee into a tower where they may only work a dozen airplanes in a shift," said Bill Voss, president of the Flight Safety Foundation of Alexandria, Va., and a former air traffic controller.

The airport, in Arlington, Va., just across the Potomac River from Washington, typically has four to five scheduled landings between midnight and 6 a.m. plus a few unscheduled takeoffs or landings, FAA officials said.

Rep. John Mica, R-Fla., the transportation committee chairman, called LaHood's decision to add a second controller to the midnight shift when there is so little traffic "a typical bureaucratic response."

Planes, including smaller airliners, land frequently at small airports where there are no towers and no controllers.

But Greg Elwood of Winchester, Va., who worked 29 years as a controller before retiring last October, said he feels FAA should have two controllers on duty for the same reason airlines put two pilots in cockpits when a single pilot is capable of flying the plane alone — it's a safety hedge against the unforeseen.

"For sure the work (on an overnight shift) is incredibly easy. It's really not work, you are more of a watchman so to speak," Elwood, 57, said in an interview.

But with a single controller on duty, he said, an airport tower goes unattended every time the controller leaves even to go to the bathroom.

"In the towers where I have worked, you had to walk down a flight of steps to go to the bathroom — there's no bathroom in the cab (tower workroom)," Elwood said. "It's like the cockpit of an airplane. It's a workplace."

The greatest risk to planes landing at night without controller assistance at a big airport like Washington's is that they might collide with equipment or maintenance workers since most runway maintenance work is performed overnight, Elwood said.

"That's when they're changing the light bulbs and patching the runway," he said. "A pilot can't see the whole runway at night."