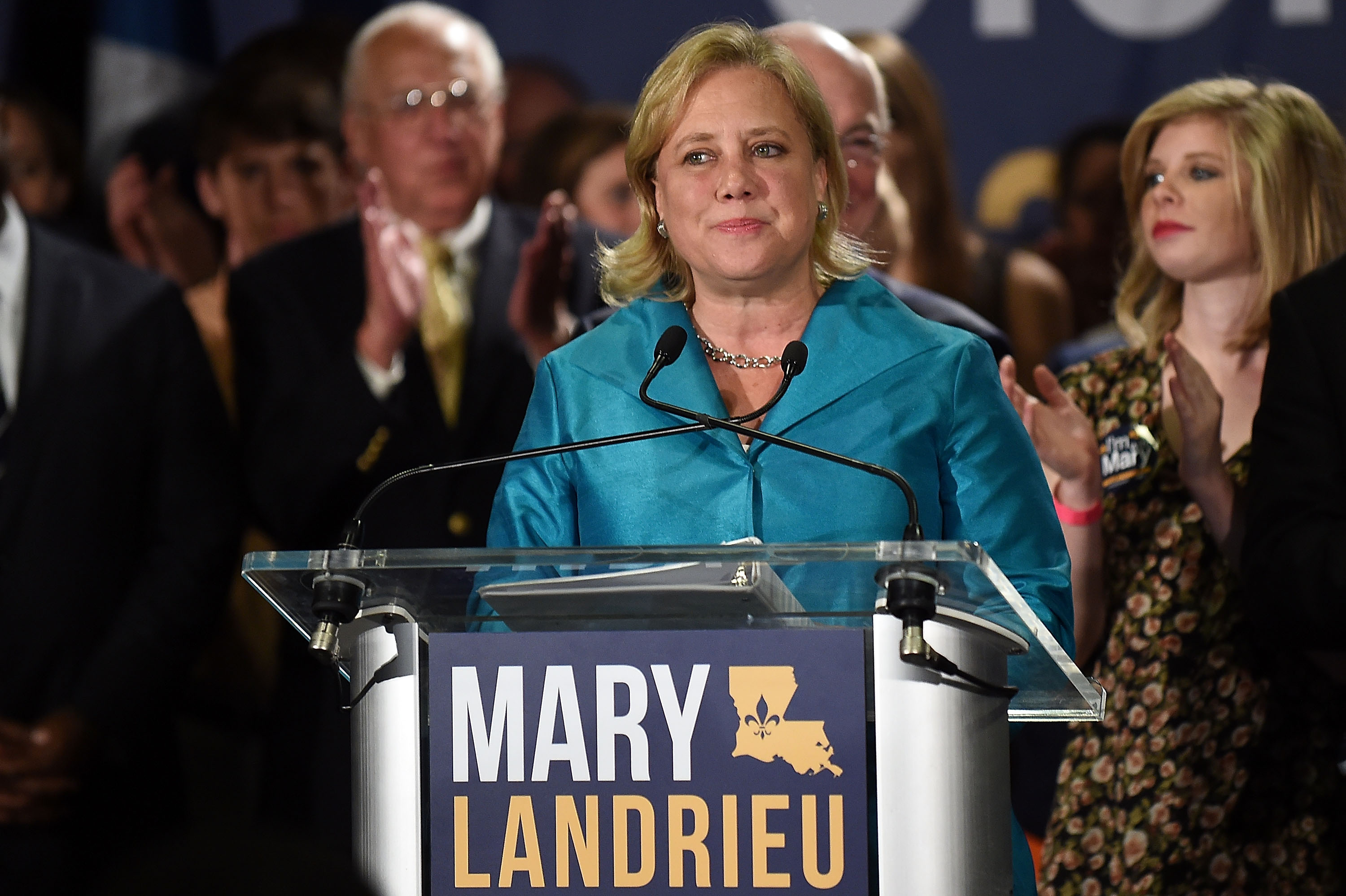 "She certainly she is fighting to the end, and she is campaigning hard," said CBS News congressional correspondent Nancy Cordes, but "a lot of Democrats have already resigned themselves to the fact that she likely is going to lose."

It stands to be an unfortunate turn of fate for Landrieu, the scion of a storied Louisiana political family who has represented the state in the Senate since 1997.

But it's hardly surprising: Landrieu has watched many of her fellow white, Southern Democrats fall to GOP challengers in the last several cycles. Her defeat, if it comes to pass, will mark the end of an era - the departure of the last white Democrat to represent the Deep South in Congress.

The South was once Democrats' most reliable stronghold: Before the passage of the Civil Rights Act of 1964, Democrats enjoyed a monopoly over statewide elections in the South, holding all of the region's governors' offices and Senate seats. That grip began to slip in the decades that followed, but as recently as a decade ago, Democrats still held a majority of senate and gubernatorial seats in the Deep South. Not a single one will remain in their control after November's victors take office next year.

Analysts see a number of demographic, cultural, and political factors behind the collapse of the Democratic party in the region. Merle Black, a professor of political science at Emory University who specializes in American politics in the South, directed the lion's share of the blame at a national party leadership that has lurched leftward over the last decade.

"The Democratic Party is now dominated by very liberal politicians from the Northeast and Pacific coast and from the metropolitan areas of the country," he explained. "Their priorities, interests, and values have very little appeal among white southerners."

Black cited a turn away from the center-left Democratic platform of former President Bill Clinton, who famously declared an end to the era of big government, toward a more recent agenda focused on "enlarging the role of the federal government." The passage of Obamacare in 2010, he added, has been the "driving force" behind the opposition to Landrieu and other Southern Democrats among white voters in the region.

Others have blamed the Democratic Party's near-unanimous embrace of progressive causes like abortion rights and same-sex marriage for its sinking fortunes in the South, given the dominance of Christian conservatism in the region.

"You used to have this cadre of conservative, southern Democrats who were culturally, religiously conservative," recalled Cordes. "And you really don't see that any more. The party is pretty solidly pro-gay marriage....pro-abortion rights, and that's something that just doesn't square with a lot of rural, southern Democratic voters."

"The Democratic party has become a much more secular party than it has been historically," added Black. "Most of these white voters in the south are Christians."

Opposition to the president has undoubtedly played a role in accelerating the demise of Democrats in the South, though some dispute remains about whether that opposition is rooted in policy differences or personal animus.

"It's Obama," outgoing Arkansas Gov. Mike Beebe, a Democrat, explained the day after the election, according to the New York Times. "It wasn't just Arkansas. It was all over the country. There's only one common denominator."

Exit polls reflected a significant contingent of voters who cast their midterm ballots to express opposition to the president. In Arkansas, where Democratic Sen. Mark Pryor fell to GOP challenger Tom Cotton, that number was 40 percent. In Georgia, where Democrats failed to capture an open Senate seat, that number was 36 percent.Republicans in those races sought to nationalize the conversation, casting their contest as a race between the president's foes and his allies.

"That local vs. national dynamic helps explain part of the Republicans' long-term upward trend in Southern Senate and Congressional seats," explained CBS News Elections Director Anthony Salvanto. "Views of the Democratic party were negative, overall, among voters in Louisiana in November, and most disapproved of how the President was handling his job. In many areas, that national party image often matters more now than the local party image, as Senate and Congressional races used to see more ticket-splitting among voters than we see today."

A handful of Democrats, mindful of the South's complicated history on race and civil rights, see outright discrimination behind white southerners' opposition to the president.

Landrieu herself, perhaps hoping to drive up enthusiasm among black voters ahead of the runoff, has nodded at that possibility. "I'll be very, very honest with you. The South has not always been the friendliest place for African Americans," she told NBC News in an interview in November. "It's been a difficult time for the president to present himself in a very positive light as a leader."

"There may be a little bit of that," he said of the possibility that white voters oppose Obama because of his race, "but that is a much smaller part of it than the policy positions of the president."

He pointed to the victory of Sen. Tim Scott, R-South Carolina, as evidence that white voters in the South "will vote for a black candidate if they perceive he represents their interests and values."

Looking forward, unfortunately for Democrats, there seems to be no easy way to remedy their deep deficit of popular support in among white southerners.

"You've got to get a Democratic Party out there that's perceived as advancing the interests of working class white people. You have to get different policies," he said. "It's very hard for the Democrats to do this because their party leaders are concentrated in coastal regions and big cities."