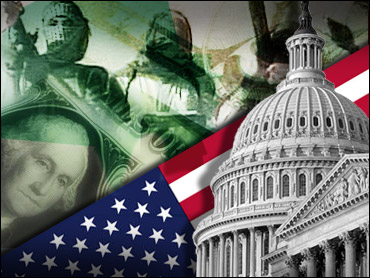 Eliot Spitzer's money trail helped federal agents connect him to a prostitution ring. Red flags went up when he started moving money around various accounts. More than ever, investigators are keeping a close eye on financial transactions - including yours.

You don't have to be a big spender, making large payments to questionable companies, to get scrutinized by your bank.

No, every purchase you make, down to that $7 sandwich and soda, gets screened, CBS News correspondent Nancy Cordes reports.

"That transaction, assuming you used a credit card or a debit card, is going to go into the system and it will be monitored with the rest of the transactions that go on in your account," said Mark Moorman, who works at SAS, a software company that helps banks review millions of transactions in search of suspicious activity.

"Let's say that that sandwich was followed by four cash deposits at four different ATMs within two hours. These are unusual behaviors," he said. "And these are the kinds of things that we are looking at."

A troubling transaction might trigger a "suspicious activity report." Banks send about 1 million of them to federal investigators every year.

They've always had to report payments of more than $10,000. But since 9/11, banks have started looking harder at small amounts, searching for money laundering, bank fraud and terrorist financing.

"For the great, great majority of people, there would never be any pattern in their account that would raise any kind of suspicion and would require us to file a report," said Ed Yingling, the president and CEO of America's Bankers Association.

That's because a strange transaction alone isn't enough to ring alarm bells. It's weighed against the individual's "risk score" - and every single account holder has one.

"Are they are a brand-new customer, have they had suspicious activities in the past, are they a international customer?" Moorman explained.

There's one other group of customers who get assigned a high-risk score. "PEPs," or Politically-Exposed Persons. That's judges, party officials and politicians.

As a governor and former attorney general, Eliot Spitzer would have known better than anyone that he was a "PEP," and therefore that his financial dealings were an open book.