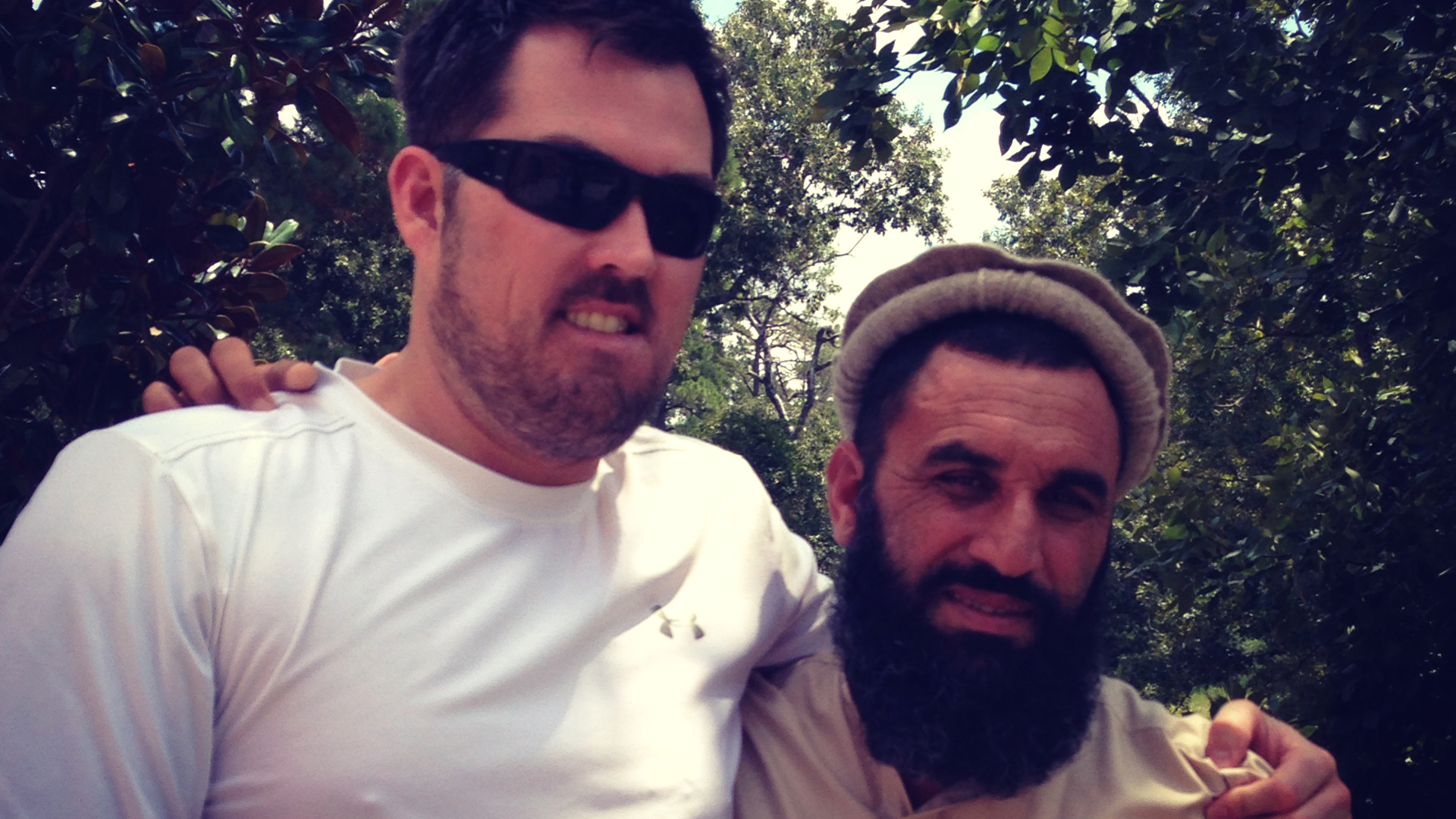 When Navy SEAL Marcus Luttrell met Afghan villager Mohammad Gulab, no one could have predicted that the two men would become “brothers in blood.”

The story goes back to June 2005, when Luttrell and three of his fellow SEALs were dropped by chopper into the mountains of Afghanistan on a mission to locate a militia leader aligned with the Taliban. According to Luttrell’s account of what happened, the mission went horribly awry when the SEAL team was discovered-- not by fighters but by a group of goat herders.

After some debate, the SEALs decided to let the unarmed goat herders go, a decision that Luttrell believes compromised their mission and likely led to the deaths of 19 Americans. Only an hour after releasing the goat herders, Luttrell says that he and his teammates found themselves badly outnumbered in a long and vicious firefight.

Luttrell’s three SEAL brothers--Danny Dietz, Matt Axelson, and Mike Murphy-- were killed. Sixteen other Special Operations forces who rushed to help were also killed. At the time, it was the largest loss of life in one day for Naval Special Warfare since World War II.

Luttrell was the only survivor.

According to Luttrell’s account, he managed to drag himself through the mountains for hours, as he bled from gunshot wounds. Desperate for water, he finally stumbled upon a waterfall where, he says, several Afghan villagers confronted him. One of them, he says, was Mohammad Gulab.

In an interview on 60 Minutes, Luttrell told Anderson Cooper that it was Gulab who saved his life, protected him from the Taliban, and helped him get rescued.

Gulab, who also appeared on 60 Minutes, told Cooper that he decided to help Luttrell because of a traditional Pashtun code of honor called “Pashtunwali.”

“Mohammad Gulab not only put his own life at risk, he put the lives of his entire village at risk,” Cooper told 60 Minutes Overtime. “According to Gulab, the Taliban came to him, first offered him money, offered him all sorts of things if he would give up Marcus Luttrell and he refused.”

Although Luttrell was only under Gulab’s protection for a short time, a bond developed between the two men.

“The five days that we were together, it shot us 20 to 30 years into the future,” says Luttrell. “It was serious out there. There were people dying every day, and we were doing everything we could do to stay alive. He didn't know me from anybody. He very well could have just left me lying there on the side of that waterfall and let me die. But he didn't.”

Now, eight years later, the two men have become close friends and Gulab occasionally flies from Afghanistan to Luttrell's family’s ranch in Texas to visit. Cooper caught up with Luttrell and Gulab recently as they visited in Texas and shot guns together on a shooting range.

Despite the language barriers, Cooper says the relationship between Luttrell and Gulab resembles that of an age-old friendship.

“They go for long periods of time without even necessarily saying something, just driving around together and hanging out,” Cooper says. “It’s a unique friendship that spans cultures and words.”

Editor’s Note: Battle footage in the above video was obtained from an American writer and photographer who has military sources. The date stamp and visible details in the video indicate that it was recorded by enemy forces on the day of fighting described by Marcus Luttrell.

Debating poll watchers in the 2020 election
Thanks for reading CBS NEWS.
Create your free account or log in
for more features.
View CBS News In
CBS News App Open
Chrome Safari Continue
Be the first to know
Get browser notifications for breaking news, live events, and exclusive reporting.