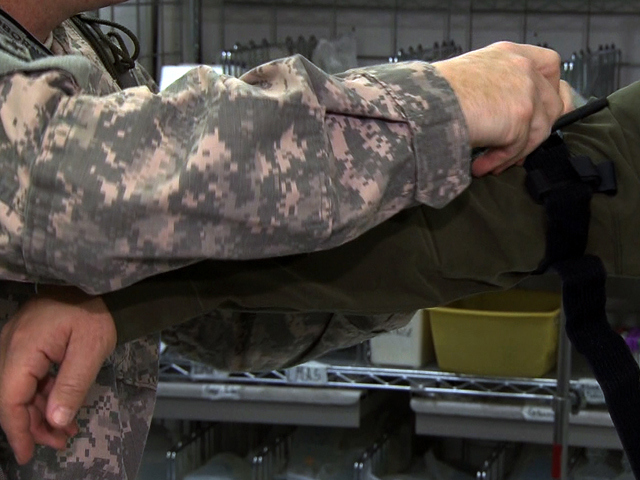 As the war in Iraq draws to a close, one of the most important lessons has come in the field of medicine. In Iraq and Afghanistan, wounded Americans have an 88 percent survival rate -- compared to 72 percent in Vietnam. CBS News correspondent Jim Axelrod in Baghdad looks at why.

While it may be hard to look at the carnage at a field hospital in Iraq and draw something good, Col. John McManus has done just that: "It's phenomenal what we've accomplished."

McManus is the doctor who ran the last CSH -- or Combat Support Hospital -- in Iraq.

"We basically erased extremity bleeding as a cause of death on the battlefield," he said.

Extremity bleeding. Severed arms and legs. The consequences of those homemade bombs that were the most dangerous weapon employed in this war. One innovation saved thousands of lives.

It was a simple tool -- the tourniquet -- that saved more lives than any high-tech device developed in the last nine years.

"One of the biggest developments is when we knew a tourniquet worked," said McManus. "As soon as we had that -- whoosh! -- we put it right out into the field."

Tourniquets became standard-issue in 2006 for all troops after doctors realized that applying them to the injured limb right away increased the chance of survival by 30 percent. Every soldier and Marine now carries one, not just medics.

"We used to train everyone in the military a little bit about shock," said McManus, "and loosening clothes, raise the legs, drink water, etc. Now we realize fundamentally that they really need to be trained in some medical skills."

With the war now coming to a close, Col. McManus has treated his last casualty, but the lessons learned here have beaten him home.

"Certainly these tools that we have utilized have saved lives now in America, which is great thing," he said.