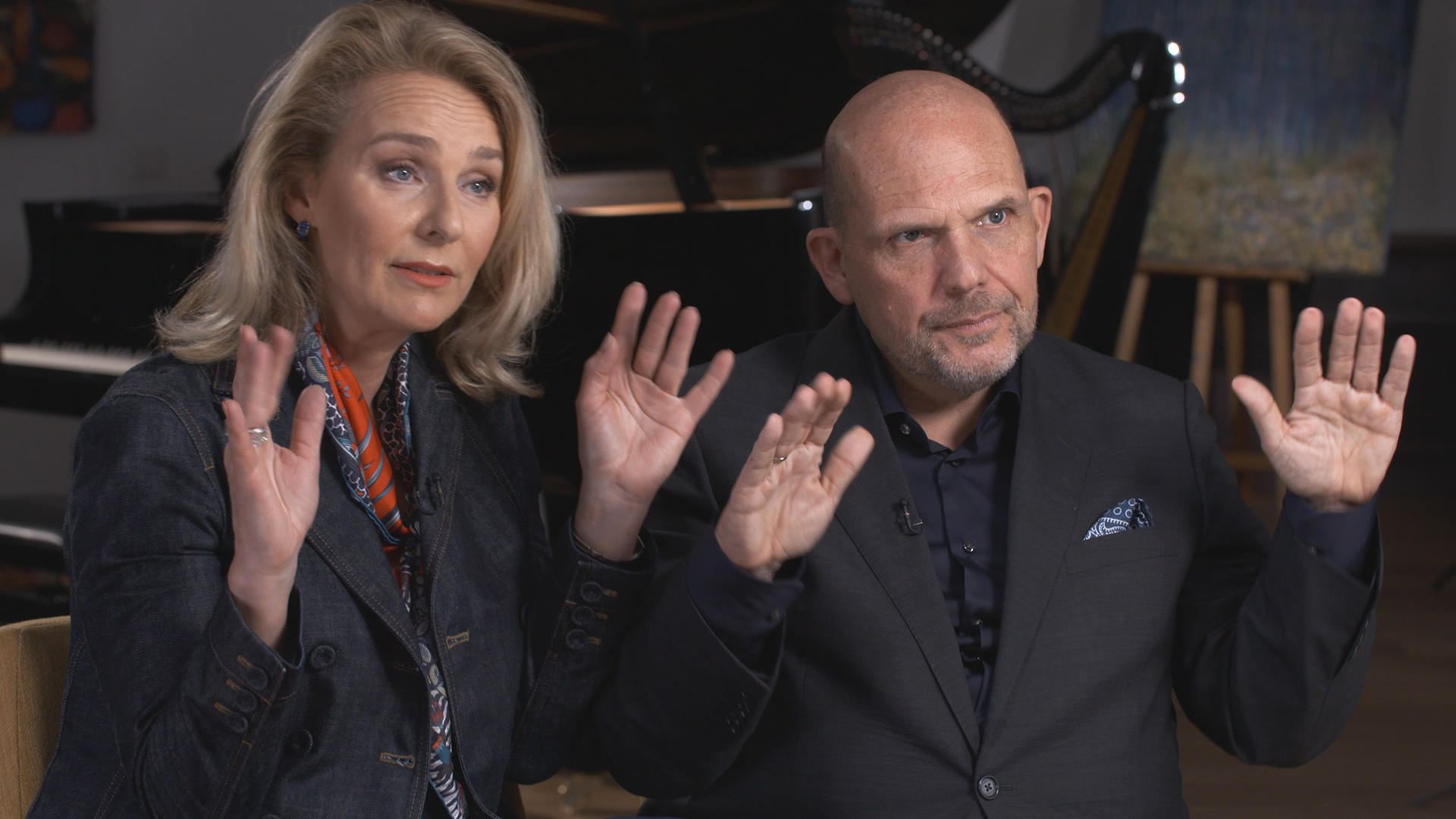 Jaap van Zweden's entire life has revolved around music. He started his career as a violinist and for almost twenty years served as first violinist of the Dutch Royal Concertgebouw Orchestra. He shifted his role to conducting and his passion and dedication to the craft is what recently earned him the coveted post of conductor of one of the most prestigious orchestras in the world: The New York Philharmonic.

But for Jaap and his wife Aaltje, life isn't only about music. It's also about family. They're parents to four – now adult – children and their third child, Benjamin, 29, is autistic.

When Benjamin was little, he was uncommunicative. The van Zwedens described him as lost in a routine of repetition, opening and closing gates with remote controls or sitting in a chair, rocking back and forth. They were told by doctors that the best solution was to institutionalize Benjamin.

But then a breakthrough – with music.

"We would always sing for him children's songs, Jaap says, "and by accident we forgot one word and he got all excited. And we thought 'oh maybe he's understanding actually what we are saying.'" The van Zwedens started leaving more words out their songs, telling Benjamin they'd only finish singing if he tried saying those missing words himself.

Now, Benjamin not only speaks Dutch, he's also taught himself to speak some English.

Getting through to Benjamin with music proved so successful, the van Zwedens thought other children diagnosed with autism would benefit from learning how to speak through music. That was the beginning of their journey of activism in the world of autism.

It started in 1997 when the van Zwedens, who were determined to make life as normal as possible for Benjamin, started The Papageno Foundation, offering arts and music therapy projects for children and young adults with autism.

As their son Benjamin was getting older, the next step for the foundation was to create a permanent living space that would provide both security and autonomy for its residents. The Papageno House opened in 2016. It has 12 boarders at a time – Benjamin being its first tenant – and provides safe haven for children and young adults on the autism spectrum who can participate in art and music classes. There's also a culinary school at the Papageno House where students learn the basics of cooking and baking. After some training, they earn a certificate and can join the workforce, including at a functioning restaurant located at the Papageno house itself. It's open to the public and partly run by the culinary students and residents.

For the van Zwedens, the Papageno House is one of their proudest achievements.

"What we actually wanted was not a house-- which was a gated house, Jaap says, "but we wanted to have a house for special children but in the middle of society, so they feel part of society."

The videos above were originally published on October 28, 2018 and edited by Sarah Shafer Prediger.

The lasting effect of being recognized as a "hero"