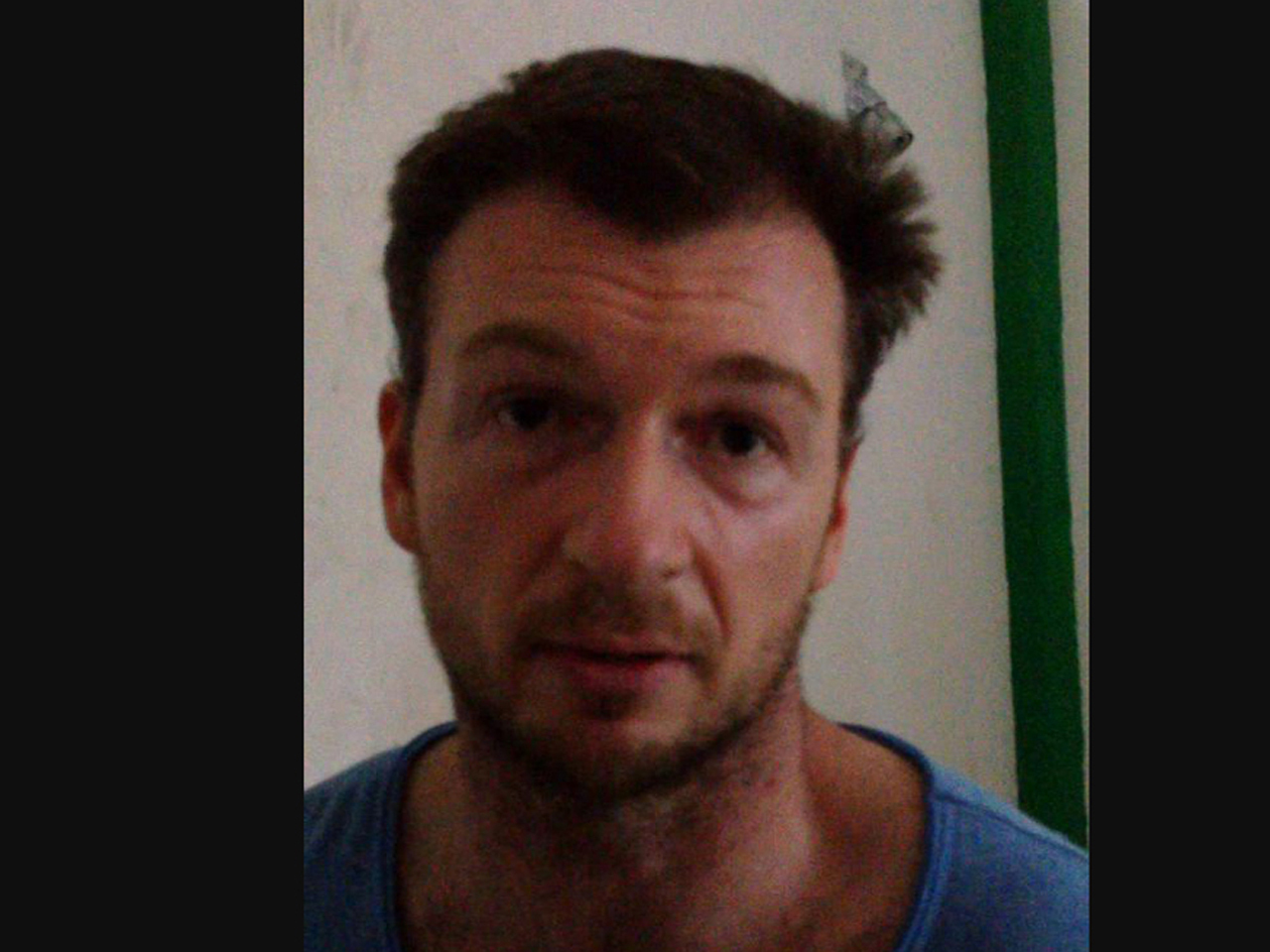 (CBS) - The line was long - the odds were much, much longer.

It was seven in the morning and already baking hot when my colleague, Ana Real, and I arrived at the Mexican prison where American television producer Bruce Beresford-Redman is being held. Beresford-Redman is accused of smothering his wife, Monica, and dumping her body in a sewer during a family vacation in Cancun in 2010.

It was visiting day at the prison as we took our place on line with families burdened by bundles of food, crying children and the sadness of separation.

For us, the burden was lighter, but still significant. We wanted to get an interview with the reality TV producer caught in a real life nightmare, an accused murderer who'd never spoken before - and now was locked away in a place where getting a camera crew inside seemed logistically impossible.

"48 Hours" and CBS correspondent Troy Roberts have been working this story since it first broke almost two years ago. When Bruce Beresford-Redman was suddenly extradited from California, Ana Real and our veteran CBS colleague Avi Cohen happened to be on a fact-finding mission to Cancun -- timing is everything.

Our team began meeting with lawyers, prison officials, even the army general in charge of regional prison security. In the chaotic courtroom where he sat confined in a cage during six days of pretrial proceedings that made "Midnight Express" seem like "Midnight in Paris," Ana and Avi even approached a reluctant Beresford-Redman himself.

As the week went along, Beresford-Redman seemed ever more willing to speak with us. In fact on the last day of the pretrial hearing, he actually requested a visit from Ana. Originally from Nicaragua, Ana has a calm but forceful power with the guards. They placed Ana on Beresford-Redman's visiting list and agreed informally, to put me on the list as well.

Once we were safely inside prison walls -- as safely as a pair of news producers from America can be inside a Mexican prison -- we skirted the chaotic yard, full of thumping disco music and cigarette smoke. We found Beresford-Redman in his cell. Through two sets of bars, it's open to the elements -- heat, dust, rain, roaches and mosquitoes. There are bare wires in the ceiling, but no electricity. Water dribbles from a tap in a concrete trough at the back of the cell. Next to a filthy shower pipe and a clogged toilet there is human excrement smeared in a mural on the wall - a gift, he says, from the last occupant. He lacks a reliable supply of even the most basic provisions - clean drinking water, bug repellant, aspirin. Meals consist of mostly of bean gruel delivered in a plastic laundry hamper which is dragged down the hallway three times a day and ladled into a bowl. Bruce is only allowed to leave his 6 x 12 cell if there is a visitor or a court appearance. He spends 24 hours a day, seven days a week in this cramped cell he shares with another English speaking prisoner. This space may well be where he spends the rest of his life.

Given that horrifying reality, the reality TV producer from L.A. seemed in remarkably good spirits. He was especially pleased to be let out of his cell for the first part of our visit. Having not received a single visitor other than his lawyers, he was eager to talk about all manner of things - and talk we did - for more than four hours.

I've been in the news business for almost 20 years and have often found persuading people to give interviews a distasteful part of the job. Since it frequently hinges on your ability to put yourself in someone else's shoes and see the world through his or her eyes, it can be really difficult, too.

As our conversation entered its fourth hour, I realized Beresford-Redman was actually eager to get his story out -- and afraid he wouldn't have another chance. I had a cell phone in my pocket and knew that while it would have been nice to have a fully rigged television camera to do a formal sit down interview, in this new media age the phone was all I really needed. A cell phone interview would be enough to bring this powerful story to millions of viewers in the United States. It would be as raw -- and real -- as the nightmarish prison itself. All we needed was a quiet spot to talk.

And that's how I wound up wedged into the bathroom -- Beresford-Redman standing up against the shower wall in the back of his cell -- with my cell phone, interviewing him for close to 40 minutes for a national network television.