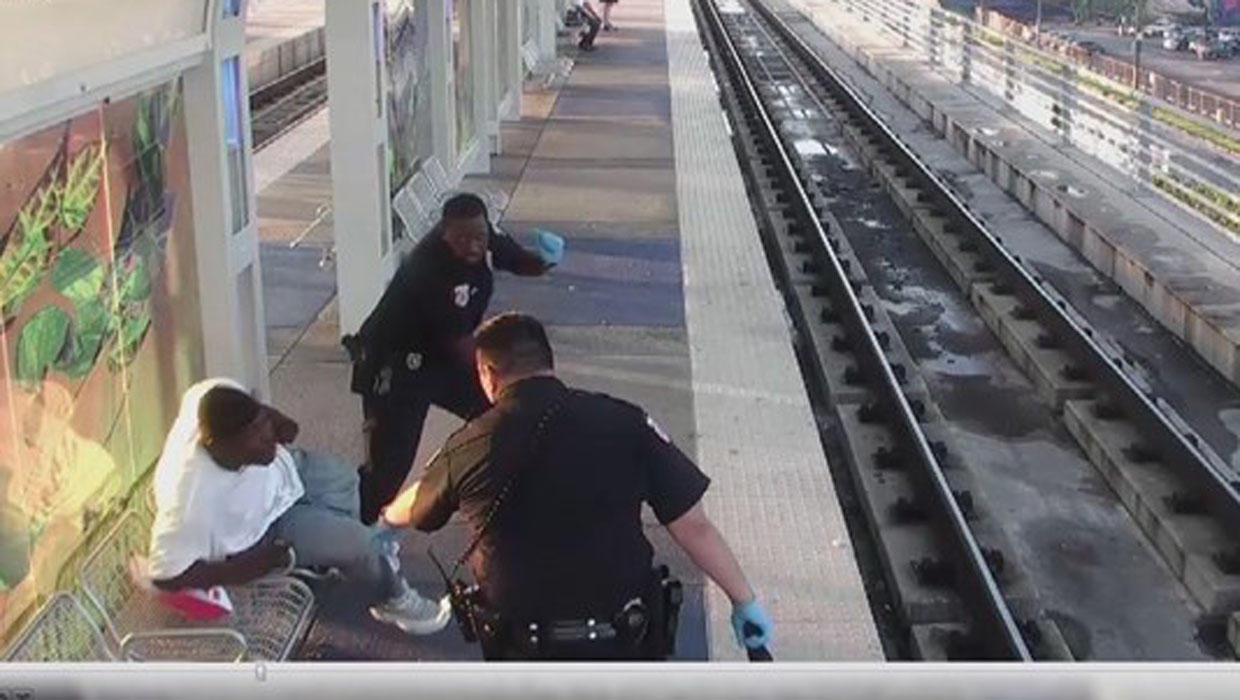 HOUSTON -- One Houston transit police officer has resigned and another was cleared in the baton beating of a man on a rail platform in an incident captured on security video.

Authorities say Officer Jairus Warren quit Monday after an internal review recommended dismissal for using excessive force during the Sept. 15 beating of Darrell Giles. Officers had found Giles, who is reportedly homeless, slumped on a seat.

Giles was arrested on charges of trespassing and resisting arrest but the counts were later dropped. An attorney for Giles says he was struck more than a dozen times.

Police released disturbing video of the incident, obtained by CBS affiliate KHOU, on Monday afternoon. It shows Warren pulling out his baton and repeatedly striking Giles.

“Toward the end, you will see him move his hand to Officer Warren almost to stop,” Metro Police Chief Vera Bumpers told the station.

Bumpers says the other officer suspended after the incident, Daniel Reynosa, has been cleared of wrongdoing and will return to duty. Reynosa, who observed the beating, faces additional training.

The officers had previous encounters with Giles in the overnight hours before the incident that were also reportedly captured on surveillance video. Bumpers told KHOU Giles was combative and non-cooperative, but said that was no excuse for an officer to use excessive force.

Bumpers told the station there are about 200 Metro police officers, and said excessive force cases are rare.

Giles was treated at a hospital and released.

Prosecutors will review the incident and have yet to determine whether criminal charges will be filed.