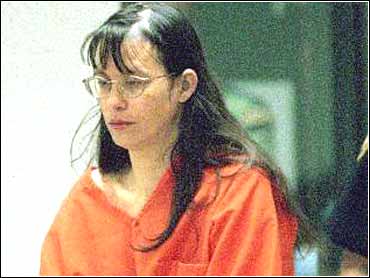 A jury ruled on Saturday that a Texas mother accused of drowning her five children in a bathtub was mentally fit to face a capital murder trial.

The 11-woman, one-man jury reached its decision about the mental competency of 37-year-old Andrea Yates after eight hours of deliberations on Friday and Saturday and three days of testimony from mental health experts.

The panel was asked to decide if Yates sufficiently understands the charges against her and has the ability to consult with her attorneys.

Yates stood silently and made no expression as State District Judge Belinda Hill read the jury's verdict. Husband Russell Yates, a NASA computer engineer, dropped his head into his hands, shaking it slowly as his face flushed.

"At least that issue is decided. Now it's time to get prepared to defend her in the trial," defense attorney George Parnham said.

The jury's decision means Yates must now face a trial on two counts of capital murder. If convicted, she could face the death penalty or life in prison.

Yates, 37, is charged with two counts of capital murder in the deaths of three of her children. She has pleaded innocent by reason of insanity; her family says she suffered from severe depression after the births of her children.

She was arrested June 20 after police said she called them to the family's home and admitted that she drowned the children one by one. John, 5; Paul; 3; Luke, 2, and Mary, 6 months were found on a bed, and Noah, 7, was found dead in the bathtub.

During a hearing that started Wednesday, doctors testifying for the prosecution and defense offered different opinions on whether Yates was competent to stand trial.

The jury's ruling on Saturday means a date will be set for Yates' trial, during which another jury will decide whether she was sane or insane at the time of the drownings. Harris County District Attorney Chuck Rosenthal has said prosecutors will seek the death penalty.

On Friday, the jury had asked that a portion of the testimony by court-appointed psychologist Steven Rubenzer be read back to them on the question of Yates' understanding of her role in the deaths. He had testified that she was competent to stand trial.

"Would it be fair to say, the better she gets, given everything you know, the more fully she will appreciate what she did?" defense attorney George Parnham asked the psychologist during cross-examination.

"I think so," Rubenzer responded.

"She's not quite there yet, is she?" Parnham asked.

During closing arguments Friday, Parnham told jurors they should find Yates incompetent so she could continue to recover from psychotic features of her mental illness.

"What's the rush?" Parnham said. "Give her the benefit of the ability to be cognizant of what she did ... to be able to defend herself in a proper manner."

Gerald Harris, a clinical psychologist, testified for the defense that Yates had told him she should destroy herself nd Satan.

If she had been found incompetent, Yates would have begun treatment at a mental health facility with updates every 90 days. Parnham had said there was no question that Yates would eventually be tried if jurors had found her incompetent now.

"The issue is whether she is presently competent, not whether she has a mental disease," Owmby argued. "She has to have a trial, and she's competent to have that trial today."

During Owmby's closing arguments, Yates' husband, Russell, sat in the front row and shook his head, indicating "no." He stopped after a warning from the judge.