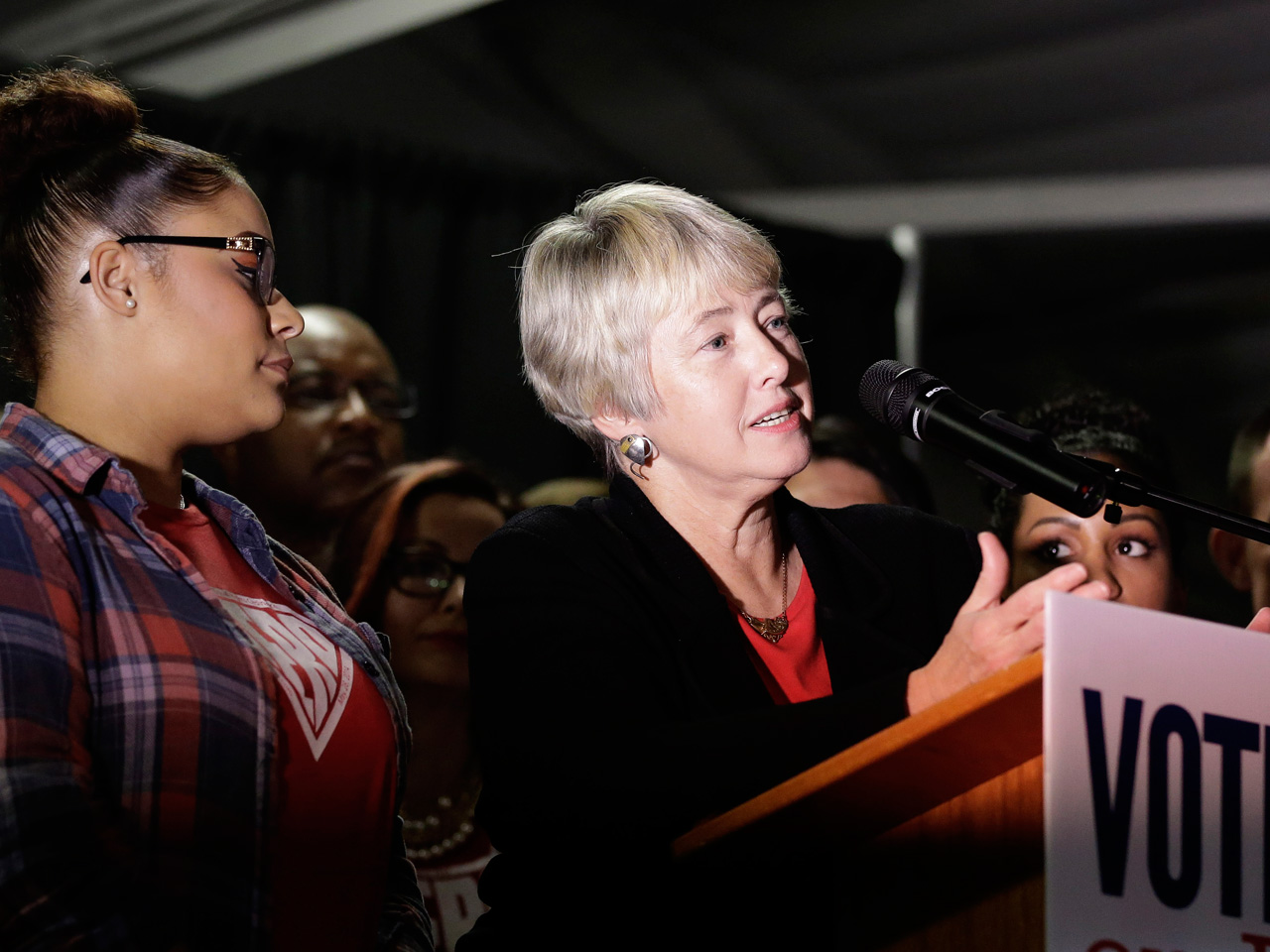 HOUSTON - Houston Mayor Annise Parker has rallied supporters of a defeated ordinance that would have established nondiscrimination protections for gay and transgender people in the city, telling them the fight isn't over.

The Houston Equal Rights Ordinance was soundly rejected Tuesday by a vote of 61 percent to 39 percent, following a nearly 18-month battle in the nation's fourth-largest city that spawned rallies, legal fights and accusations of religious intolerance and demonization of the LGBT community.

But Parker, who is gay and championed the ordinance, led a crowd of more than 100 people at an election night watch party in downtown Houston in a chant that referenced the ordinance's nickname, HERO, yelling, "A hero fights for justice."

"I guarantee that justice in Houston will prevail. This ordinance, you have not seen the last of. We're united. We will prevail," Parker said.

Still, the future of the ordinance looked uncertain. Parker is finishing her final two-year term, and it's unclear if the next mayor and city council will revisit the issue.

The ordinance would have applied to businesses that serve the public, such as restaurants and hotels, private employers, housing, city employment and city contracting. It would have allowed residents to file a complaint if they felt they had been discriminated against based on protected categories. Religious institutions would have been exempt. Violators would have faced fines up to $5,000.

Supporters said it would have offered increased protections for lesbian, gay, bisexual and transgender people, and would have protected against discrimination based on sex, race, age, religion and other categories.

Opponents, including a coalition of conservative pastors, said it infringed on their religious beliefs regarding homosexuality. But in the months leading up to Tuesday's vote, opponents focused their campaign on one part of the ordinance related to the use of public bathrooms by transgender men and women that opponents alleged would allow sexual predators to use women's restrooms.

Parker and other supporters of the ordinance had called this "bathroom ordinance" strategy highly misleading and a scare tactic.

"This was a campaign of fear-mongering and deliberate lies," Parker said, according to CBS affiliate KHOU. "No one's rights should be subject to a popular vote."

Patrick, who vaulted to power on the basis of an ardent tea party following, described the ordinance as "pandering to political correctness." He said it was only about allowing men to enter women's restrooms and locker rooms "defying," in his words, "common sense and common decency."

Parker warned that the defeat will affect more than just the LGBT community.

"This will have stained Houston's reputation as a tolerant, welcoming global city," Mayor Parker said. "I absolutely fear there will be a direct economic backlash."

Tony Perkins, president of the Family Research Council, a conservative political advocacy group, said in a statement that Tuesday's defeat of the ordinance made Houston "a rallying cry for Americans tired of seeing their freedoms trampled in a politically correct stampede to redefine marriage and sexuality."

The ordinance was initially approved by the Houston City Council in May 2014, but a lawsuit to have residents vote on the measure eventually made it to the Texas Supreme Court, which in July ordered the city to either repeal the ordinance or put it on the ballot.

Tuesday's referendum drew attention from around the nation, with the measure getting high-profile endorsements last week from the White House, high-tech giant Apple and Democratic presidential candidate Hillary Rodham Clinton. It also received support from other members of Houston's religious community.

"It's just like every civil rights movement. We're just going to keep on doing it until it's done," she said.