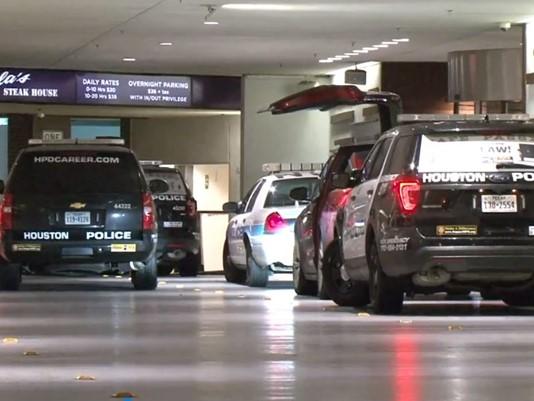 Police in Houston say they arrested a man found with guns and ammunition in his hotel room early Sunday, as authorities across the country remain on high alert ahead of planned New Year's Eve celebrations.

CBS affiliate KHOU-TV reports that police responded to the Hyatt Regency Houston around 1:30 a.m. local time Sunday. The hotel is set to host a New Year's Eve celebration Sunday night. Houston Police Chief Art Acevedo tweeted Sunday morning that the situation was "contained" and there were "no specific threats to [Houston]."

Houston Police Department spokesman Victor Cintillas told CBS News that an officer was working another job at the hotel when alerted by management that a guest was harassing other guests.

The guest in question, later identified by police as 49-year-old Russell Ziemba, appeared to be intoxicated and was asked repeatedly to return to his room. Ziemba refused and continued to be belligerent, Cintillas said.

Ziemba was taken into custody and faces charges of assault of a peace officer and criminal trespass. Police would not comment on the exact type of firearms nor on why the suspect had the weapons and ammunition in his room. Cintillas said the officers' intervention "averted a potentially bad situation."