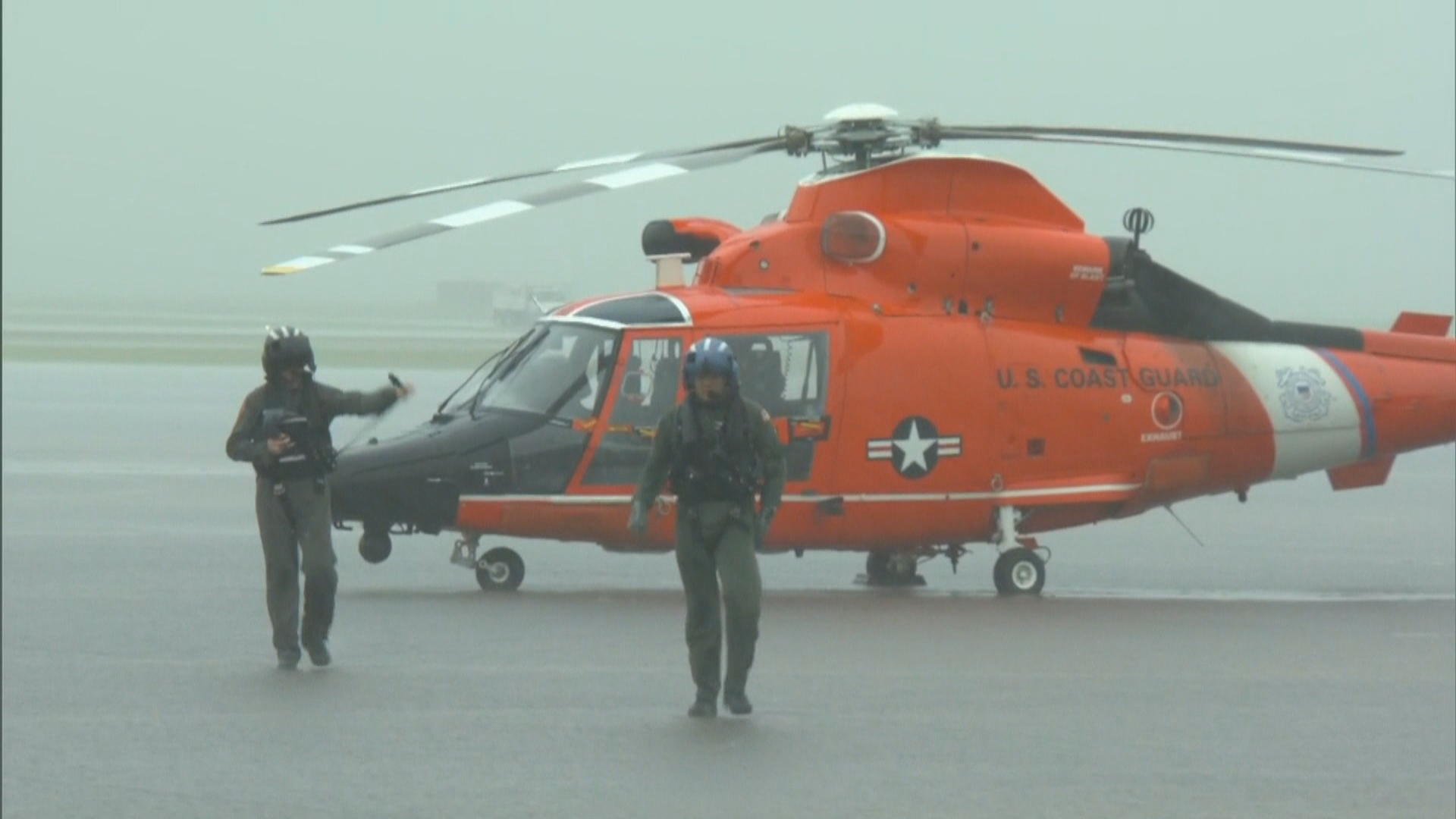 The enormous scale of the flooding crisis in Houston is clear by the size of the rescue operations. The U.S. Coast Guard has deployed more than 500 service members to Texas and more teams are on the way.

"CBS This Morning" co-host Norah O'Donnell and her team got a rare look inside the Coast Guard's Houston-area command posts and saw true teamwork in action.

Before the Coast Guard rescue teams can get to work outside, they get their marching orders from command post headquarters. The center is an operations hub for not just the Coast Guard, but for local law enforcement and the National Guard as well.

"Recently, we have transitioned to a call center which is back in our conference room," Chief Warrant Officer Mike Henry told O'Donnell.

They've had to set up a separate call center due to the volume of calls coming in.

"We've had everything from senior citizens with kids trapped in attics with only two feet of clearance left before the water completely floods the house," Henry said. "We have other people stranded in vehicles."

The task can be at times overwhelming, he said.

It's overwhelming, too, for rescue pilots working in the pouring rain. At Air Station Houston, they're working around the clock to keep the helicopters running.

"What's the biggest challenge for you as a pilot?" O'Donnell asked Lt. Katherine Pelkey of the Coast Guard.

"I think the biggest challenge would be the weather right now," Pelkey said, adding, "We have to fly really low to the ground right now. A lot of us aren't familiar with the area. We don't know where the antennas are, you know, where there's power lines."

Capt. Kevin Oditt is the incident commander in charge of running the entire operation, which he called "very risky."

"They're operating in visibility of less than a mile in some cases, winds gusting over 30 mph. It's very dangerous," Odditt said.

But the risks and the rescues continue.

Rescue swimmer Graham McGinnis and his team helped save a family of three on Sunday. But first they had to get them to the only safe place to land – a highway.

"We had to cut a chainlink fence to get out from the highway, and in about 30 minutes, we were able to get out to the highway and get her loaded onto the helicopter," McGinnish said.

For some in the Coast Guard, this is a crisis that literally hits home.

"We have Coast Guard members that have been impacted by the storm as well, some of them have been flooded out of their homes," Oditt said. "In my home as well, my street, I have three feet of water, in front of my house. So we're concerned not only about the public, but also our Coast Guard members. We want to make sure they're safe as well."

The Coast Guard said it has deployed a total of 20 helicopters, coming from all over the U.S., with over 200 crew and support staff. There are nine shallow water rescue teams working with eight more on the way. As the rains continue, so do the efforts to save lives.