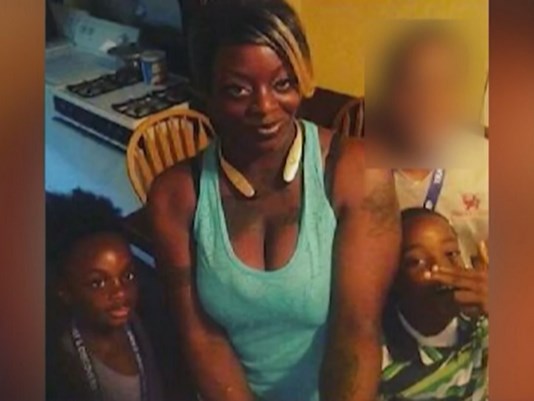 HOUSTON -- A Houston mother who calmly told an acquaintance that she had drowned her two children in a bathtub has been charged in their deaths and was being held without bond Monday.

Sheborah Thomas, 30, was charged Sunday with capital murder of a person under age 6, according to court records.

"All indications are she is the one who acted alone" in the deaths of her 7-year-old son Oraynn and 5-year-old daughter Kayana, Houston police spokesman Kese Smith told The Associated Press. Their bodies were found Sunday under a neighbor's house.

Authorities have not yet confirmed a cause of death but said an acquaintance of the woman told police she said she drowned her children in a bathtub.

Smith said investigators are still interviewing the woman and have not determined a motive. Autopsies have been ordered.

The acquaintance told authorities he came across Thomas dumping trash in a field and that she told him she needed help moving right away. When the man asked about her kids, she calmly said she had killed them, Smith said.

"She was so matter-of-fact about it, he didn't think she was serious. He thought she was joking," Smith said. "He continued to help her pack."

Smith said the man eventually realized something was wrong when he asked again and got the same answer. He then drove the woman to a nearby police precinct and flagged down an officer, Smith said.

The mother apparently tried to bury the children but when that proved too difficult she hid their bodies under a neighbor's house, Smith said.

He said police had been to the home before but for "nothing major."

Neighbors who spoke with CBS affiliate KHOU said Thomas and her kids didn't appear to have any critical problems.

"She made sure she kept the kids clean," said Shirley Baines. "She takes care of them. She goes to the store...to me she was like, a real nice person. They are good kids."

A woman who told KHOU that she was the young victims' aunt said their father is currently in jail.

"How am I going to tell my brother about his kids?" the woman said. "While you were there, how did you feel drowning your kids? You felt something, you felt some kind of guilt, something told you this is not right, but you kept doing it?"

Police say Thomas had just moved into her house in April. They say she has no known history of mental illness.

Tejal Patel, a spokeswoman for the Texas Department of Family and Protective Services, said state child welfare officials have visited the family, but that she could not disclose the nature of those visits. Patel said a "top to bottom review" of the family will be conducted.

Neighbors told the Houston Chronicle that the family had moved in just a few months earlier.

"She would just take her kids to the park; that's all everyone saw of them," neighbor Mike Polk told the newspaper.

In 2001, Houston mother Andrea Yates drowned her five children ranging in age from 7 years to 6 months in the bathtub of her family's home. She was eventually found not guilty by reason of insanity in July 2006 and sent to a state mental hospital.