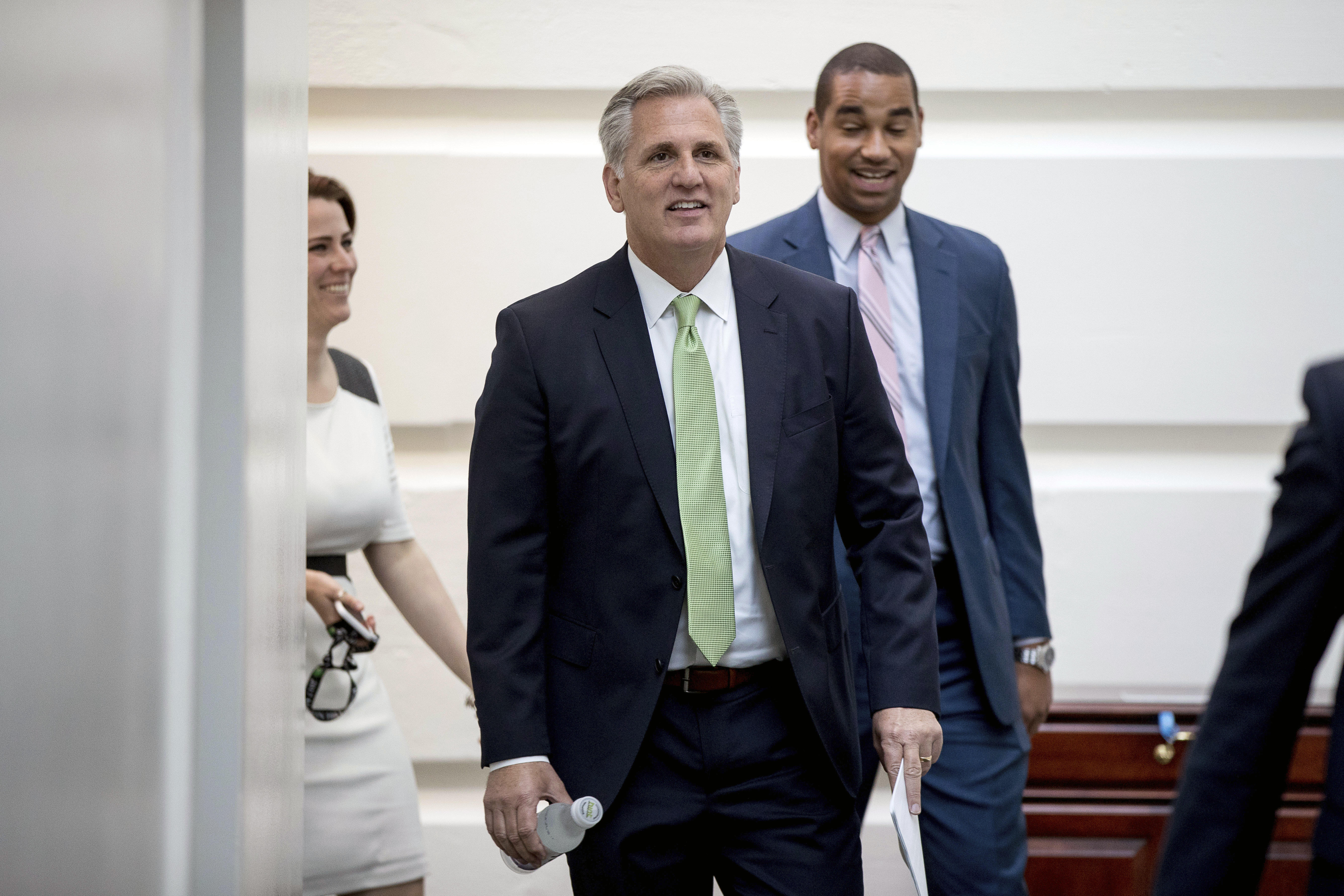 The House would come back into session during August recess if the Senate is able to pass a health care bill to repeal and replace Obamacare, House Majority Leader Kevin McCarthy said Tuesday.

"When we finish our jobs at the end of this week, we will be on call at any time if the Senate is able to pass health care bill," the California Republican.

"We will call the House back in to finish the job," he added.

The House is scheduled to leave Washington at the end of the week for a month-long recess and not return to Capitol Hill until the beginning of September.

The Senate, meanwhile, is voting Tuesday to open debate on health care reform. Lawmakers will first vote to proceed to the American Health Care Act (AHCA), the health care legislation that narrowly passed the House in early May. Republicans need 51 votes to advance to the bill and it's unclear if they have enough votes to get to that step. They can only afford two defections.

If that's successful, Senate Republican leaders then expect amendments to be offered to that bill, a Republican aide told CBS News.

An aide to Senate Majority Leader Mitch McConnell, R-Kentucky, told CBS News Tuesday that if the procedural vote is successful, there would then be 20 hours of debate during which time some amendments would be voted on. At the end of the 20 hours, the Senate would begin what's called the "vote-a-rama," which is when a slew of amendments would be introduced and voted on.