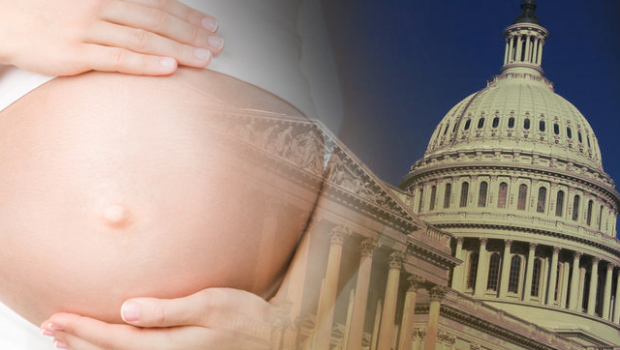 House Republicans have opted to drop the word "forcible" from a section of House bill about abortion that addresses rape, following widespread condemnation from Democrats and abortion rights activists.

The "No Taxpayer Funding for Abortion Act," also known as H.R. 3, is a bill that would make permanent the "Hyde Amendment" - a provision banning the use of taxpayer subsidies for abortions that currently requires annual Congressional renewal.

The bill came under fireearlier this week, however, for changes it made to the original language of the amendment - which includes exemptions for women who have become pregnant as a result of rape, incest or life-threatening illnesses. In the language of H.R. 3, only pregnancies resulting from "forcible rape" were exempted. The bill would also limit  exemptions among victims of incest to minors only.

Critics of the bill argued that Republicans were trying to "redefine rape," and that federal coverage for the abortions of rape and incest victims would be dramatically limited.

Comedy Central's "Daily Show" added fuel to the fire Wednesday night, when Jon Stewart prompted a mock debate with correspondent Kristen Schaal on what exactly is meant by "forcible rape."

"You'd be surprised how many drugged, underaged or mentally handicapped young women have been gaming the system," Schaal said. "Sorry, ladies the free abortion ride is over."

(Watch the video at left.)

On Thursday, a spokesperson for the bill's author, New Jersey Republican Chris Smith, told Politico that he would be changing the wording of the bill to reflect the language of the original provision.

"The word forcible will be replaced with the original language from the Hyde Amendment," said Smith spokesman Jeff Sagnip.

Opponents of H.R. 3 argue that even without the "forcible" rape language, the bill contains a number of provisions that will limit women's access to funding for abortions - including the limits on exemptions for cases of incest, and tax hikes for people with private insurance plans that provide coverage for abortion.

Terry O'Neill, president of the National Organization for Women, told Hotsheet she found it "deeply offensive" that the members of Congress would remove the word "forcible" but allow the language regarding incest to remain.

"That they would actually go back and think about it carefully, and take out the word 'forcible,' and yet withhold health care from women being subjected to incest...I found that deeply deeply offensive and insulting," she said.