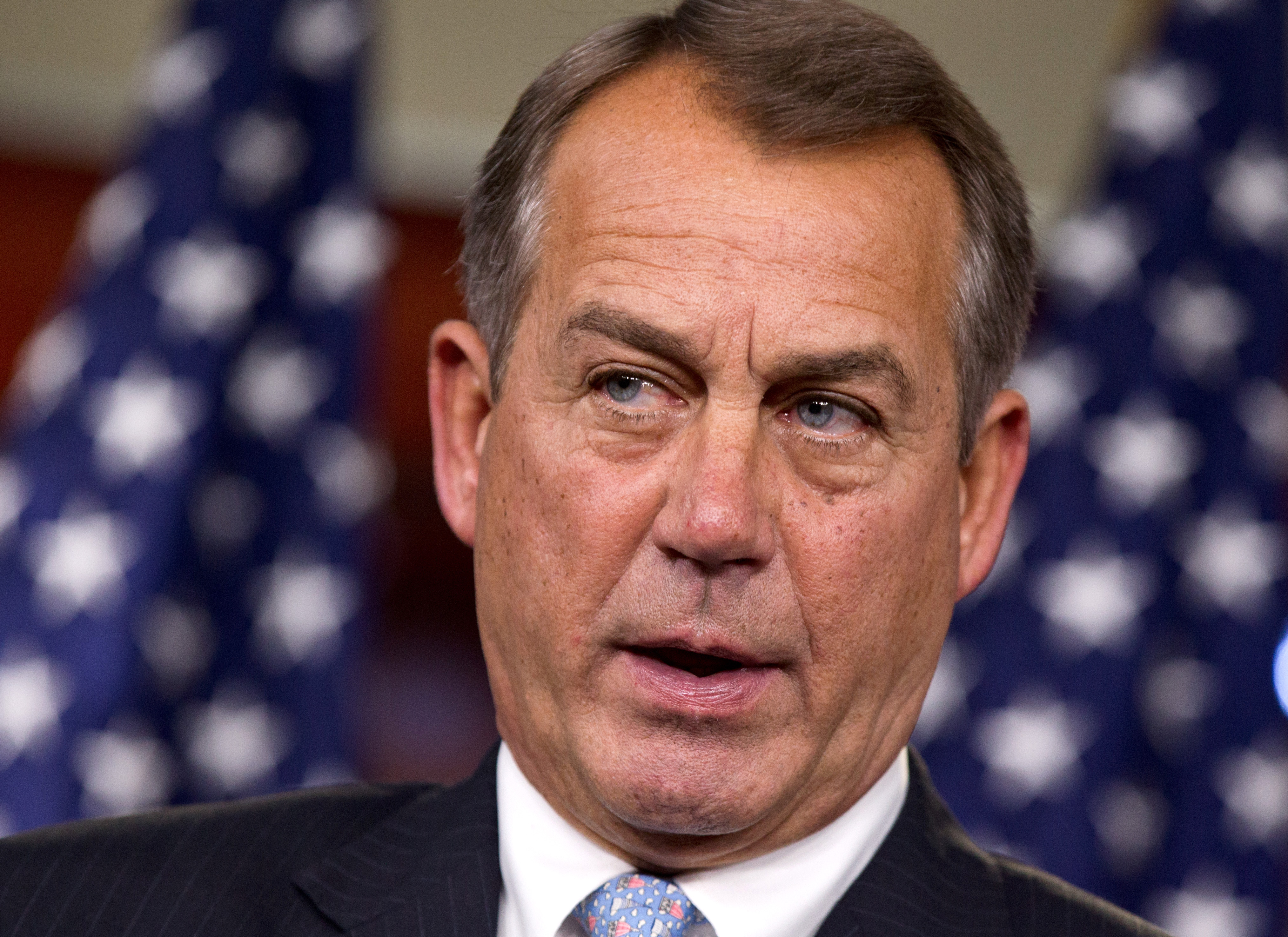 (CBS News) The Republican-led House on Friday approved a bill to extend low interest rates on student loans -- but not before a heated debate over the Republican plan to pay for the bill by repealing part of President Obama's health care overhaul.

The measure passed by a vote of 215 to 195, with only about a dozen Democrats supporting the bill. Most Democrats opposed the bill because its $6 billion price tag is paid for by repealing the Prevention and Public Health Fund -- a fund that would provide for hundreds of thousands of screenings for breast and cervical cancer.

Her criticism alluded to the sustained attack Democrats have launched against Republicans in recent months, accusing them of waging a "war on women."

The White House has warned Congress Mr. Obama will veto the bill if the final version includes the repeal.

House Speaker John Boehner took to the House floor to passionately chastise Democrats for reviving the "war on women" rhetoric.

"My God, do we have to fight over everything?" he yelled on the floor as some members cheered. "And now we're going to have a fight over women's health. Give me a break." (Listen in the video above.)

He pointed out that Congress at the end of last year voted to cut spending from the Prevention and Public Health Fund to help pay for the payroll tax credit.

"Several months ago you all voted to cut [from the fund]," he said. "So to accuse us of wanting to gut women's health is absolutely not true."

"This is beneath us," he added.

Pelosi said today that "we weren't happy" to cut from the fund for the payroll tax reduction. "All the more reason to leave the rest of the money in," she said. She pointed out that Republicans this time around want to completely repeal the fund, not just cut from it.

Democrats say they want to pay for the measure by eliminating some of the subsidies on the oil industry. The Democratic-led Senate is set to take up its version of the bill the week of May 8.

In spite of the differences of opinion over how to pay for the measure, both Democrats and Republicans (with some exceptions) have agreed they should extend the low student loan interest rates. If Congress doesn't act by July 1, the interest rate on new subsidized Federal Direct Stafford Loans for undergraduate students will double from 3.4 percent to 6.8 percent.

The Obama administration today stressed that even though Mr. Obama would veto the House version of the bill, he still adamantly supports extending the low student loan rate.

"The Administration strongly supports serious, bipartisan efforts to prevent interest rates from doubling for over 7 million college students in the coming year," the administration's statement said. "Graduates should not be burdened with unmanageable college debt as they seek to launch a career or a business, start a family, or buy a house."