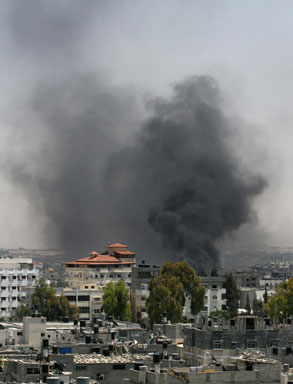 The House on Tuesday ratified President Bush's plan for annual math and reading tests for millions of elementary and junior high schoolers, the cornerstone of the new administration's legislation to improve student performance in classrooms across the country.

The 255-173 vote marked a solid victory for the president and a bipartisan coalition on the first of several key challenges to the measure that Mr. Bush has declared his top domestic priority.

"The core of this bill is to require real accountability from every school district in the country that gets federal dollars," said Rep. John Boehner, R-Ohio, chairman of the education committee. To critics of testing, he said: "It's time to take our heads out of the sand and quit ignoring incompetence and quit ignoring that some of our kids, too many of them, are not learning."

Rep. Pete Hoekstra, R-Mich., who led the effort to delete the testing provision, countered that school "superintendents back home like controlling their schools. They're not looking for another mandate." He said the role of the federal government "ought to be to audit the results" of tests, not require them.

As written, the bill would have tests designed by the states and administered to pupils in grades three through eight each year to measure performance in math and reading. Other elements of the bill would increase federal financing for public schools and offer modestly more flexibility for school districts around the country, all in an attempt to repair failing schools.

Under the president's plan, schools where test scores fell short of expectations would qualify for additional federal aid. Pupils eventually would be permitted to use federal money for tutoring, summer school or transportation to other public schools. Eventually, should a school fail to improve, sanctions would be applied.

The effort to strip out the testing requirement was a bipartisan effort mounted by conservatives and liberals.

Most of the other key challenges were advanced by conservatives unhappy that the bill provided too much federal money, too much federal control and not enough flexibility; and that it failed to include Mr. Bush's campaign demand for private school vouchers for kids in failing schools.

Mr. Bush and Vice President Dick Cheney met at the White House on Monday with House GOP leaders, but the president and vice president offered no assurances of support for major changes in the bill before it passes the House. Instead, Mr. Bush invited about 20 rebellious conservatives to the White House for a follow-up session Tuesday in an attempt to ease their concerns and win backing for the bill.

Several officials, speaking on condition of anonymity, said Bush would offer his assistance when the time comes for final compromise talks between the House and Senate but wanted their support on the legislation without changes for now.

Rep. Jim DeMint, R-S.C., sponsor of an amendment to provide a limited program of greateflexibility for school districts in their use of federal funds, said he hadn't decided whether to yield to the president's wishes. "I want to hear what the president has to say," he said in a brief interview off the House floor.

Supporting the president was clearly in the minds of lawmakers, Republicans in particular, when Hoekstra made his attempt to remove the testing provision from the bill.

Rep. Tim Roemer, D-Ind., agreed, saying he understood Bush would veto the bill if it reaches his desk without a testing provision.

Testing aside, lawmakers in both parties described the bill as a model of bipartisanship, pieced together by the White House, Boehner and Rep. George Miller, D-Calif., senior Democrat on the education committee.