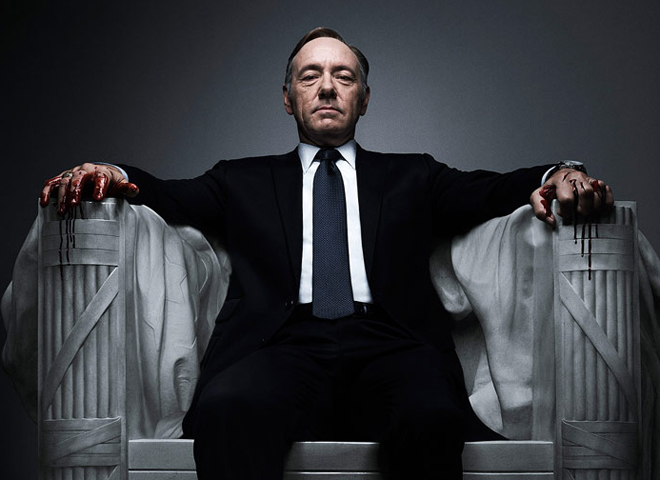 Maryland has spent big bucks in recent years on tax credits designed to lure film and television productions to the state and spur economic development, but a new report from the state's nonpartisan budget analysts is questioning whether the expenditure is worth it.

Between fiscal years 2012 and 2016, Maryland has provided $62.5 million in tax credits to film production companies. The lion's share - 96.5 percent - went to HBO's "VEEP and Netflix's "House of Cards," two political shows focused on nearby Washington, D.C.

The return on that investment, though, has been relatively paltry: according to the report, for every dollar Maryland spent on the tax credits, the state government received only six cents in return, and local governments received only four cents.

An earlier show, HBO's "The Wire" was more lucrative for the state. The report says that "season 4 of The Wire spent $17.67 in the State for every dollar received under the wage rebate program, compared to a projected $3.70 for Season 4 of VEEP."

The report notes that the tax credit brought 1,400 jobs to Maryland in 2012, "assuming that all productions claiming the credit would not have filmed in Maryland without the credit."

But those gains are short-lived due to the temporary nature of film production. "As soon as film production ends, all positive economic impacts cease too," the report notes. "As such, the film production tax credit does not provide long-term employment."

There's even some evidence to suggest that the tax credit actually harms employment in the long run by sapping state revenues from programs that could create more durable jobs. In fiscal year 2016, the report notes, the state will have 236 fewer jobs than it would have if the tax credit had never existed.

"Not only are the gains short-lived, but the state is actually worse off in the later years as there are fewer jobs compared to if there was no credit," the report notes. "The state essentially continues to pay for the credit after production activity has ceased."

The report recommends that state lawmakers allow the tax credit to "sunset as scheduled on July 1, 2016," and focus future "economic development efforts on incentives that create permanent and lasting employment, rather than temporary jobs."

Maryland's incoming Republican governor Larry Hogan, who campaigned relentlessly against the state's fiscal policies, has quite a task ahead of him as he seeks to fulfill a promise to slash spending in the state. But some see the film production tax credits as a great place to start.

"If there's a fatter target for Mr. Hogan's budget-cutters, we don't know what it is," the Washington Post editorial board wrote in an editorial on Friday.