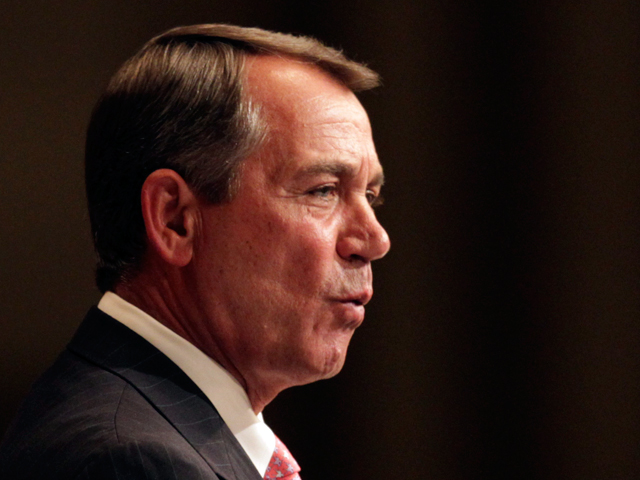 The plan is titled "The House Republican Plan for America's Job Creators" and is largely a renewal of promises House Republicans made in their Pledge to America and in the House GOP budget.

The plan would lower the highest tax rate for individuals and businesses from 35 to 25 percent, according to a fact sheet obtained by CBS News. Tax reform is also on the agenda "to allow American businesses to bring back their overseas profits without having to pay a tax penalty so they can invest in our economy and create American jobs." And leaders estimate that passing free trade agreements with Panama, Colombia and South Korea would create as many as 250,000 jobs.

The GOP agenda would also review existing regulations that hinder job growth and would "require congressional review and approval of any government regulations that have a significant impact on the economy or burden small businesses."

Speaker John Boehner, Majority Leader Eric Cantor and Republican leaders will officially unveil the plan at a press conference this morning. When asked how this plan will be different from the pledge or the GOP budget, one leadership aide said "it follows up on the pledge and fleshes out more details and brings them all under one umbrella as each piece works its way through committee process. The areas are consistent with the pledge but builds out policies."

Another GOP leadership aide said that while these items may not be new, they build on legislation Republicans have already passed that reduce regulatory burdens, cut spending and increase domestic energy production. And that promoting these ideas "puts pressure on the Democrats who run Washington" to act on these GOP proposals.

The plan also vows to "build upon the House Republicans' Budget by enacting significant spending cuts."

"The GOP has been MIA on jobs for months and they are now repackaging the same policies that do not create jobs, reduce the deficit, strengthen the middle class and grow the economy," said Elshami.