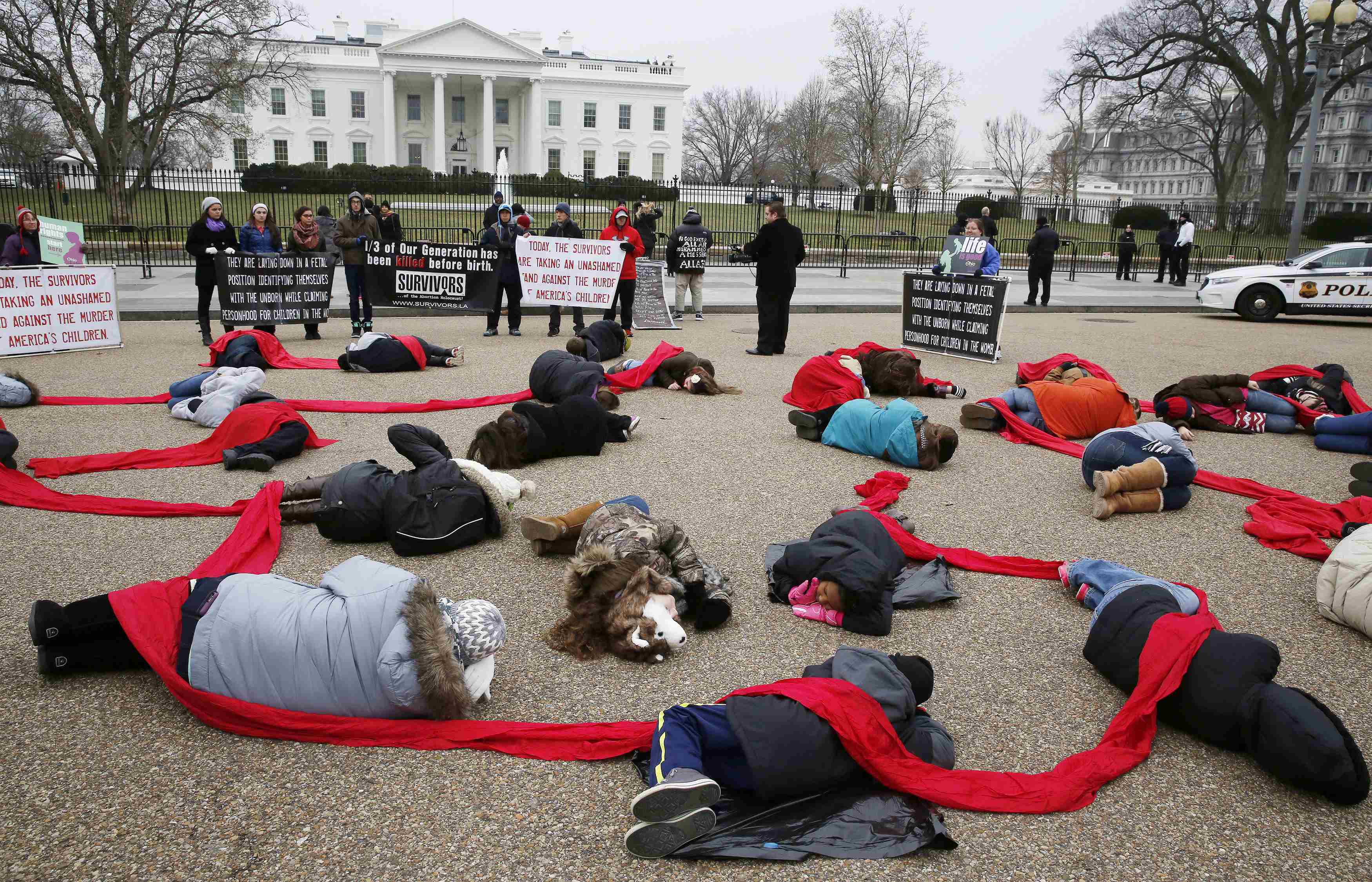 WASHINGTON -- In an embarrassing setback, House Republicans abruptly decided Wednesday to drop planned debate of a bill criminalizing virtually all late-term abortions after objections from GOP women and other lawmakers left them short of votes.

The decision came on the eve of the annual March for Life, when thousands of anti-abortion demonstrators stream to Washington to mark the anniversary of the 1973 Supreme Court decision that legalized abortion. It also came with GOP leaders eager to show unity and an ability by the new Republican-led Congress to govern efficiently.

Despite a White House veto threat, Republican leaders had planned on Thursday House passage of the legislation, which would ban most abortions after 20 weeks of pregnancy.

But they ran into objections from women and other Republican lawmakers unhappy that the measure limited exemptions for victims of rape or incest to only those who had previously reported those incidents to authorities.

The rebellious lawmakers argued that that would put unfair pressure on women who often feel shame or fear retaliation if they report those assaults.

In a complication GOP leaders were not able to resolve, they then ran into objections from anti-abortion groups and lawmakers when they discussed eliminating the reporting requirements.

Cecile Richards, president of Planned Parenthood Action Fund, said of the bill, "These attacks are so dangerous, extreme and unpopular that House Republicans can't even get their membership lined up behind them."

Instead of the late-term abortion bill, the House will debate legislation Thursday banning taxpayer funding for abortion -- a prohibition that is already largely in effect.

Though Republicans hadn't ruled out dropping the bill, their turnabout came as a surprise.

Earlier in the evening, one leading GOP dissident said she would support the bill, suggesting that the revolt might be ebbing. In a posting on her Facebook page, Rep. Renee Ellmers, R-N.C., added, "I have and will continue to be a strong defender of the prolife community."

Earlier Wednesday, Ellmers said she and other Republicans were objecting to the reporting requirement.

"The issue becomes, we're questioning the woman's word," she said in an interview. "We have to be compassionate to women when they're in a crisis situation."

A 2013 Justice Department report calculated that just 35 percent of rapes and sexual assaults were reported to police.

There were also objections to the bill's exemption for incest, which covered only minors who have already reported the incident.

The divisiveness over the measure comes as Republicans, looking ahead to the 2016 presidential and congressional elections, hope to increase their support from women. In control of the entire Congress for the first time in eight years, Republicans also want to demonstrate they can focus on issues that matter to voters and not get bogged down in gridlock.

Rep. Trent Franks, R-Ariz., a chief sponsor of the bill, called it "a sincere effort" to protect women and "their unborn, pain-capable child from the atrocity of late-term abortion." He also said GOP leaders "want to try to create as much unity as we can."

The White House has threatened to veto the legislation, calling it "an assault on a woman's right to choose."

A report this week by the nonpartisan Congressional Budget Office cited estimates by the federal Centers for Disease Control and Prevention that about 10,000 abortions in the U.S. are performed annually 20 weeks or later into pregnancies. The budget office estimated that if the bill became law, three-fourths of those abortions would end up occurring before the 20th week.

The House approved a similar version of the bill in 2013, but the measure was never considered in the Senate, which was then controlled by Democrats. Its fate remains uncertain in the Senate, where anti-abortion sentiment is less strong than in the House.