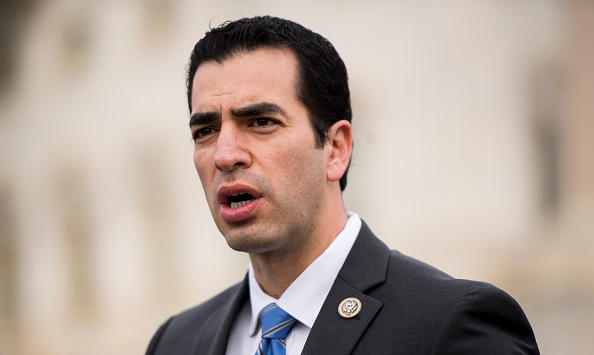 Three women accused Kihuen of sexual harassment between 2013 and 2017. The House Ethics Committee began its probe into allegations against Kihuen, a freshman congressman, in 2017.

The investigation began after BuzzFeed reported the account of a woman who said she had been repeatedly propositioned and harassed by him. Although House Minority Leader Nancy Pelosi called for him to resign, Kihuen announced that he would not be seeking re-election in December 2017 and remained in office. He will leave Congress in January.

In its report, the committee found that Kihuen "made persistent and unwanted advances towards women who were required to interact with him as part of their professional responsibilities. The Committee also found that Representative Kihuen's actions violated clause 1 and clause 2 of the Code of Official Conduct, and that his conduct warrants reproval by the Committee."

West was accused of sexual harassment in the fall of 2015. Meadows allegedly changed his title but kept him as official staff while paying him a chief of staff salary, which was not commensurate with his job, for an additional three months. He then allegedly paid him for two more months after West resigned.

The committee found that Meadows violated House rules by failing to take appropriate steps to make sure there was no discrimination in his office, and by trying to solve the problem by cutting off contact between West and female employees.