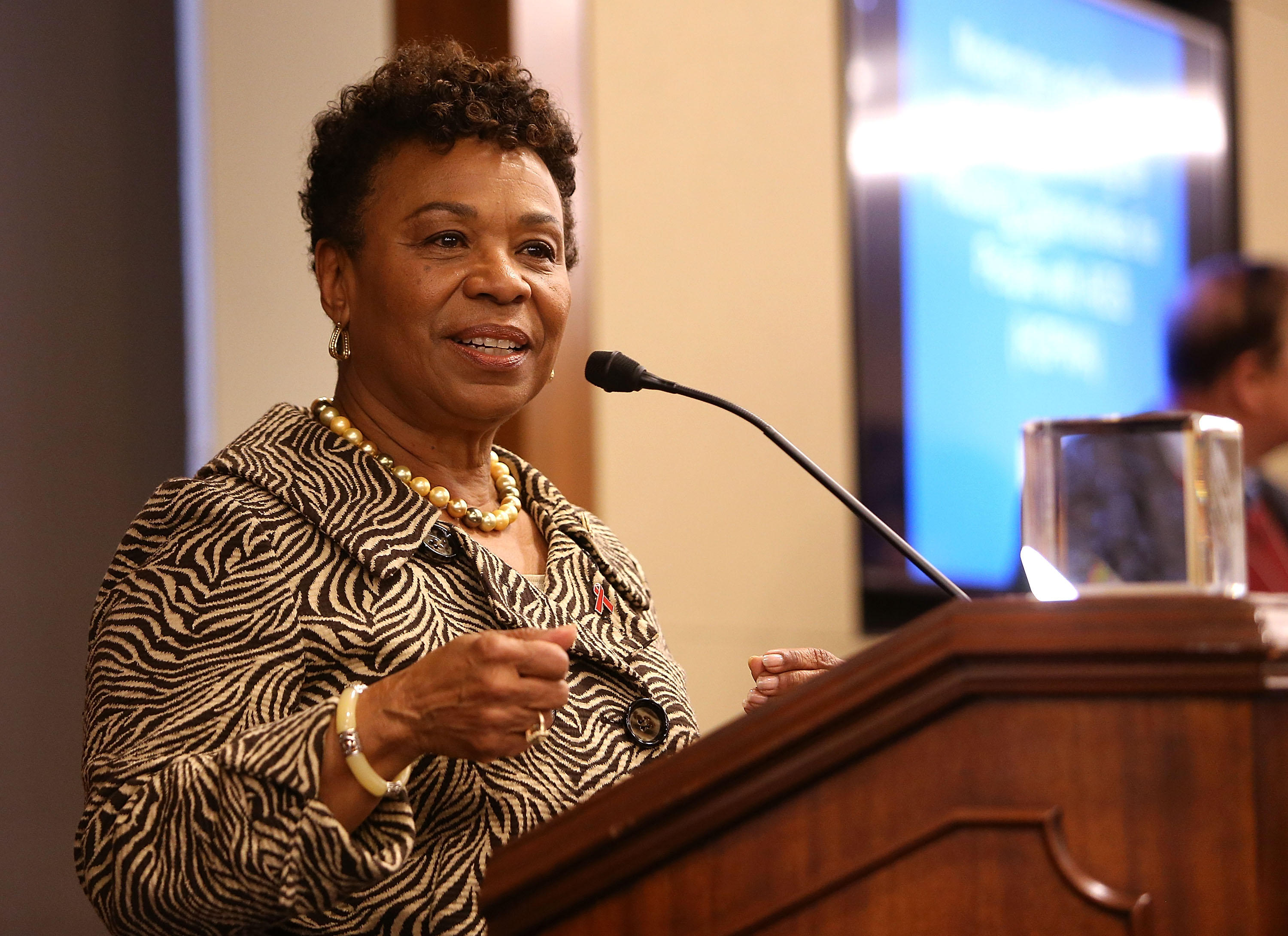 A House Democrat whose amendment to repeal the 2001 authorization for the use of military force (AUMF) that was wrapped into a spending bill is accusing Speaker Paul Ryan of stripping it from the measure "in the dead of night."

Rep. Barbara Lee, D-California, tweeted about the development late Tuesday after Republicans on the House Rules Committee removed it from the 2018 defense spending bill and replaced it with another amendment.

Her bill, which lawmakers unexpectedly wrapped into the spending bill in June, would have repealed the 2001 AUMF and required that Congress pass a new AUMF to provide the authority for the U.S. to fight against the Islamic State in Iraq and Syria (ISIS). President Trump has been relying on the 2001 AUMF for this purpose, as did his predecessor, former President Obama. Many lawmakers, however, have said that it's outdated and doesn't reflect the current conflicts the U.S. is involved with overseas.

But Ryan's spokeswoman, AshLee Strong, said Wednesday that the Lee amendment was "irresponsible."

"The Lee amendment was an irresponsible measure that would have would have left service members in the field without an authorization to defeat al-Qaeda and ISIS and could have led to the release of the prisoners at Guantanamo," Strong said. "There is a way to have this debate but an amendment that endangers our national security is not it."

A few weeks ago, Ryan told Real Clear Politics that the attachment of the amendment was a mistake.

Last week, Lee met with Ryan about her amendment, but Lee said that the speaker "did not commit to preserving this amendment in the Rules Committee."

"It would be a mistake – and frankly an abdication of congressional responsibility – to kill this important, bipartisan amendment," she said in a statement.

Even though the amendment passed out of the House Appropriations Committee, Republicans on the Rules panel took out her provision late Wednesday and replaced it with a proposal from Rep. Tom Cole, R-Oklahoma. Rather than repealing the old AUMF and requiring passage of a new AUMF, Cole's measure just directs the president to provide to Congress a strategy and budgetary analysis of what is needed to defeat the Islamic State in Iraq and Syria (ISIS), al Qaeda and the Taliban.

A senior GOP aide said Wednesday that Lee's provision, however, would have been subject to a point of order on the floor because it was legislating on an appropriations bill. The aide said that while the Cole amendment is also authorizing on a spending bill, the chair of the committee of jurisdiction didn't have an objection to it.