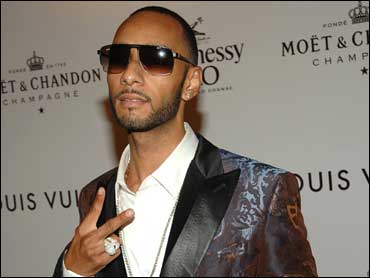 The music and video of 2007 were filled with lots of tunes to dance to, talent-filled and -- some would say -- unlikely collaborations, and hits by performers who became headliners on-and off-stage.

Damien Fahey, host of MTV's "TRL" ("Total Request Live"), sorted through it all and came up with his selections for the best of the lot. He revealed many of them to Early Show viewers Friday.

"It was very dance-oriented year," Fahey says. "It was all about the collaborative movement, which continued over from 2006. We had Justin Timberlake with Timberland, Rihanna working with hip hop artist "The Dream," and Kanye West sampling a Daft Punk song. It was really about cross-genre promotion and creativity."

Fahey told Russ Mitchell the quality of music videos in '07 was "the best it's been in a long, long time -- almost reminiscent of the groundbreaking days of the '80s, when MTV was really gaining traction with Peter Gabriel videos, and all those kind of things."

A very cool, futuristic video with the unlikely combo of two French robots and Kanye. The special effects very reminiscent of Janet Jackson and Michael Jackson. A lot of people aren't using as many special effects as Kanye.

In this video, she took it to another level with her look. She is a joy and never looked better. This song was beyond popular, and the video is simple, but very sexy and fun. If you look at her whole body of video work, she transitions smoothly to each look.

When I first heard this song, I thought it was so different. There was a lot of soul. The video went really well with the song. It had a grainy look, and was very different from the work of other female pop singers. I hope that, because she has such an authentic sound, she can pull it together in her personal life.

To see photos on Winehouse's career, and life, click here.

This is a very cool video. My dad loves this video. It bridges the gap between the generations of artists. A stunning black-and-white video that features such celebrities as Iggy Pop, Kid Rock, Chris Martin, Kate Moss, Sheryl Crow, Kanye West, and many others. This video was self-directed in the sense that the director asked each celebrity to listen to the song and pose and move around for him. It was just a very cool, haunting video in honor of "The Man in Black."

This is the coolest video out there. This French duo got more buzz and better ink that any other act out there this year. This quirky video is unique in that it never shows their faces, only constantly-changing graphic designs over their shirts.

This video features her in a sequined blue jumpsuit with a flag, and dancers in bright colors. Love her or hate her, the video was the soundtrack to the commercials for the new iPod, was heavily downloaded, and was in a Verizon commercial. There was no way to escape this video this year, and it is a bright, colorful, quirky one.

One the biggest hits of 2007. The video has been done before, but it gives Daughtry fans and "American Idol" fans a behind-the-scenes look. But it's not groundbreaking.

It was her first CD release. If the melody is good, the words don't have to make sense. Video is straight-up Fergie.

He had a good year with "SEXYBACK." It was a great video. He will continue to evolve as an artist. The video is very futuristic.